The Best 2020 Book Releases You Should Read Now

Home / Uncategorized / The Best 2020 Book Releases You Should Read Now

With so many new books being released regularly, keeping up with what to read isn’t always easy. Just the first few months of 2020 have debuted several new novels that have shot to the top of the best-seller lists.

If you’re looking for some new reads to get you through these long months inside, we’ve compiled a list of some of the best new books of 2020.

And I Do Not Forgive You, Amber Sparks

A collection of short fiction stories released back in February, this new release by Sparks explores what it’s like to be a woman living in 2020. From the supernatural to sparks of anger, she examines the multifaceted world of women and forgiveness.

It’s great escapism for a time when things are uncertain. Definitely add it to your list of inside reads.

What better time is there to read a book about connecting with others than when we’re stuck in isolation. The novel follows the journey of a professor who moves to Bulgaria and works to connect with the community around him.

The prose is beautiful, almost like reading poetry, and it moves at a pace that keeps you engaged with the story so that you never want to put it down. It’s a truly remarkable story about intimacy and our need for connection with others.

Known for her National Book Award-winning apocalyptic novel, Station Eleven, she once again explores the depravity of human nature in her new release. As you follow the lives of those involved in a Ponzi scheme investment, you begin to understand how one decision affects the next until it all comes crashing down.

NBCUniversal has already optioned this one as a potential TV show, so catch up on it before they start filming.

If you’re a fan of Westworld, you’re going to want to pick this one up. Yu was one of the story editors and writers of the show and even worked on Legion as a co-producer. Though he hasn’t written a novel since 2010, he’s no stranger to epic storytelling, which is what you get with Chinatown.

He expertly toes the line between fiction and reality, making you question everything about the story itself. But without giving it all away, we’ll just tell you to pick it up and give it a read for yourself.

Run Me to Earth, Paul Yoon

Set in 1960s Laos, it follows the story of three Orphans as they try to survive in the war-torn country. Yoon captures what it’s like to live in a world torn apart by endless war, one in which the damage and carnage are incredibly impactful on the people affected by it. Intense bombing, terrifying situations, and human compassion come together in one beautiful executed work of fiction.

There are so many books to choose from as you pass your time in isolation. These just happen to be a few of our favorites. We hope you like them as well. 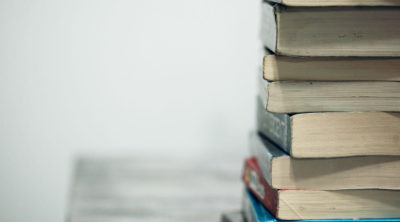