Survival books are fiction (or non-fiction) that draw us into the struggle of a person’s endurance and pain. Just because some are technically fake doesn’t mean that the struggle has no meaning! In fact, people learn from survival when the story has been tailored to teach them about their lives, regardless of whether it really happened or not.

Read on to learn about 5 essential reads when it comes to survival fiction. Some of these books are obvious picks but some may come as a surprise! Survival fiction encompasses not only real-world struggles but fantasy and science fiction as well. They can inform our appreciation for modern amenities just as well.

Hatchet tells the story of Brian Robeson, alone in a small plane when the pilot has a heart attack and dies. Brian, stranded in the woods, has only a hatchet to aid his survival. He ends up using it for everything, from starting a fire to creating a shelter. Even the tiny leather strap can be used for something. The most amazing thing about the book is not seeing Brian’s transformation from a boy into a man. It’s seeing him drift further and further away from our world of destruction, of pleasure, and of things.

Watership Down by Richard Adams

Watership Down is a nature fantasy that chronicles the journey of a group of diverse rabbits who flee their burrow when one of them foretells its doom. It turns into a survival story as they learn to co-exist with themselves, other rabbit dens, and nature itself. They discover their basic urges to breed and eat in a whole new way without the security of their family units. Observing their transformation into survivors and testing the limits of their friendship has fascinated readers for decades.

The Hunger Games by Suzanne Collins

Now a famous movie quadrilogy, The Hunger Games is survival fiction at the core. In a dystopic future run by the ruling class, the world is separated into districts, each controlled by the central city. They compete for dominance in the Hunger Games, where representatives from each district fight to the death in an arena. What starts as a sci-fi action story becomes a modern classic of political and spiritual survival.

The Road by Cormac McCarthy

McCarthy has become a cult classic author due to his utilitarian prose. He speaks in long paragraphs that contain vivid, energetic sentences packed with visual details and almost no dialogue. The Road is no exception. This post-apocalyptic survival story deals with society’s symbols, its infrastructure, and our spirit. The soul of the young boy may be at stake, even with the world already gone.

The Martian by Andy Weir

The Martian, now a popular film starring Matt Damon, chronicles a stranded astronaut’s struggle to survive on Mars after his crew mistakes him for dead. Using only his wits and a little science, the astronaut has to find sustainable food and water and survive the long months on Mars until his crew can come back. This is thus a true modern survival story, through and through.

Survival books are fiction stories that create believable situations for people to struggle against, endure, and test the limits of human ingenuity. We can learn a lot about ourselves from these and other survival stories, even if they never technically happened. 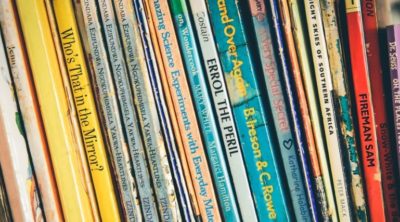