An Easy-to-understand Guide to the Types of Possessive Adjectives

Possessive adjectives are a type of adjectives which are used to show possession. Penlighten explains this part of speech in detail. 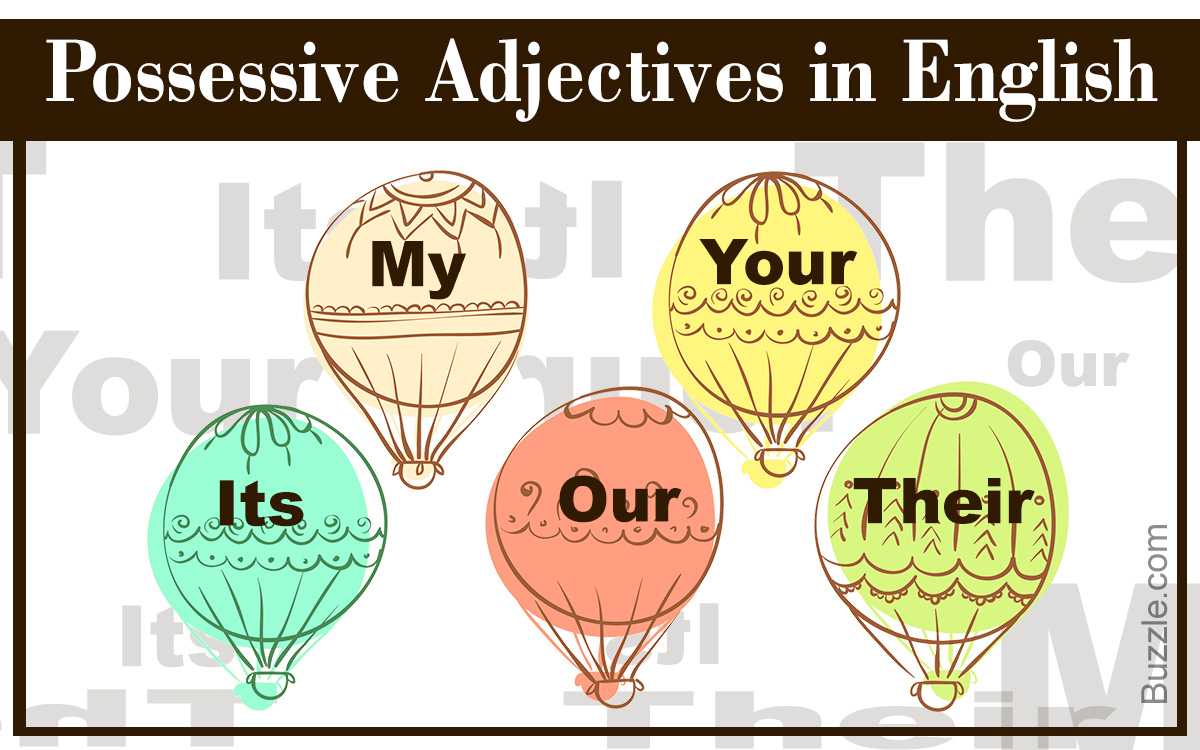 Possessive adjectives are a type of adjectives which are used to show possession. Penlighten explains this part of speech in detail.

The articles ‘a’, ‘an’, and ‘the’ are also considered as adjectives.

Adjectives are describing words which modify nouns and pronouns. They tell us which (this, that), how many (few, many, two), or of what kind (brave, soft, yellow) is the noun. For example, “Susan is a beautiful girl.” In this sentence, the word ‘beautiful’ modifies the noun ‘girl’. Therefore, it is an adjective.

Adjectives are classified into various types as follows:

A possessive pronoun is used instead of a noun.

A possessive adjective, on the other hand, comes before the noun, just like any other adjective.

Example:
Mary’s house is bigger than my house.

USAGE OF POSSESSIVE ADJECTIVES IN SENTENCES

» My dress is new.
» Our cat is very friendly.
» I am getting married to her brother.
» Their daughter is very pretty.
» Is that your book?
» My dog always needs its ball.
» I am wearing his watch.

It might take a lot of practice to learn the differentiation between the usage of possessive adjectives and possessive pronouns. Solving exercises, and taking help of the worksheets available on the Internet is therefore advised.