Zombies have always been popular among horror lovers. The dead coming back to life is a concept that has been used and abused many times. However, not everyone does it as good as the writers that are listed in this Buzzle article. Find here a list of some of the best zombie books ever written, which everyone must read. 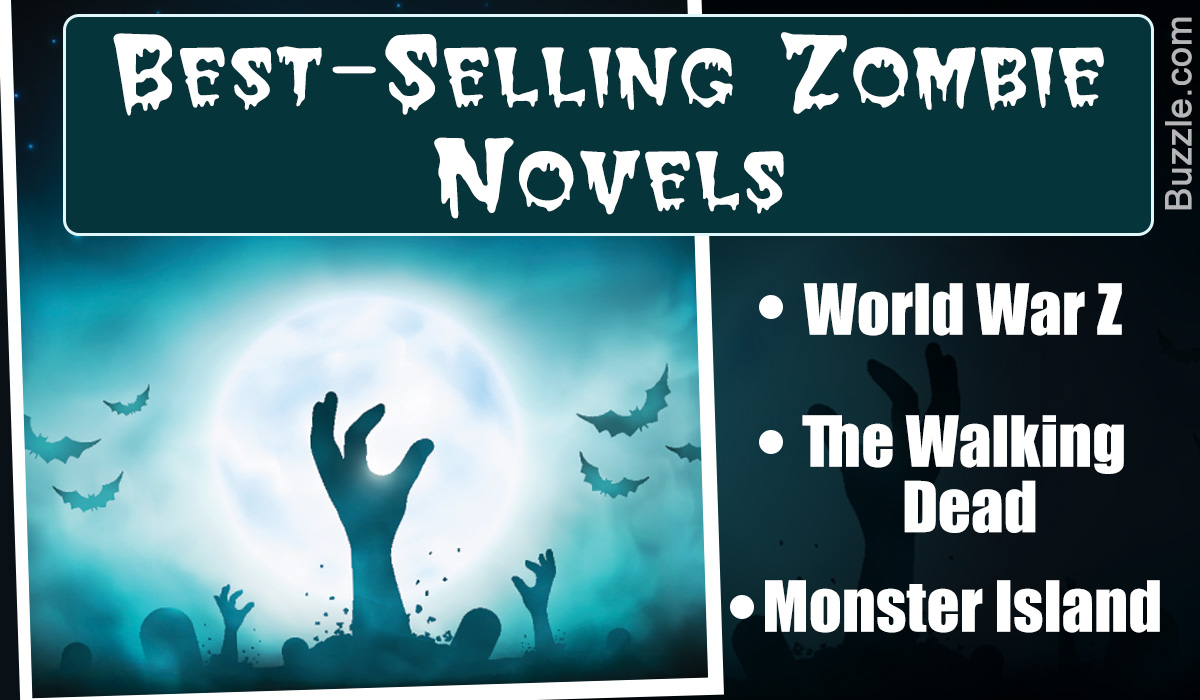 Zombies have always been popular among horror lovers. The dead coming back to life is a concept that has been used and abused many times. However, not everyone does it as good as the writers that are listed in this Buzzle article. Find here a list of some of the best zombie books ever written, which everyone must read.

Mary Shelley’s Frankenstein is considered as a precursor to the concept of zombies. Though the book is not about zombies, it talks of resurrection of the dead, and the risen dead being violent and not at all like their fellow living beings.

Books about zombies have always held a certain charm for people who love horror. Zombies are fictional characters?dead people that come to life due to some misdoing by a bad person, like someone activating a device that wakes the dead, or someone unleashing a virus that attacks all living and dead humans, slowly turning them into zombies. The outcome is usually the same. These monsters take over the planet, nobody is able to stop them, they multiply fast, they love to kill, they are surprisingly smart for being undead, and then there is always some lone, brooding hero who sets out to destroy them and save what is left of humanity. There is invariably a small group of survivors who brave these crazed, killing, and frankly scary beings to escape to a safer place. It is always surprising how, if these zombies are so intelligent and strong enough to destroy all of humanity and track down these survivors to their hiding place as well, they can never survive against them. There are deaths, love, loss, pain, romance, the emotional angle goes on and on, making the reader feel bad about a character dying due to ‘an attack by the zombies, driving them to commit suicide by mind control’! Yes, the concept does seem very outworldly and sometimes a little silly. But then there are books like ‘Cell’, ‘The Walking Dead’, or ‘World War Z’, which were written so brilliantly that they almost make the whole deal seem real. These great books have also been turned into movies or TV series, which mostly cater to young adults/teenagers. The following is a list of the best zombie books ever written.

This bestseller, which has also been made into a major motion picture, is a collection of fictitious interviews given by the people who survived the zombie war. The tales recount the horror of the war, and the fall of our society because of it. It describes the various encounters with the ‘living dead’, on small scales, and on the military levels. The interviews are personal experiences of people who witnessed the horrors of the war. Max Brooks’ brilliant writing makes the book come alive, making the reader believe that something like this could actually happen, instilling a sense of fear and thrill. A must-read for any zombie book lover.

The Walking Dead – By Robert Kirkman

The Walking Dead is a series of comic books that is written by Robert Kirkman and designed by Tony Moore. Cynthiana cop Rick Grimes awakens from a coma after being shot on the job, and realizes that his town has been taken over by zombies (referred to as ‘roamers’ in the book). The entire series follows Grimes’ journey as he finds and rounds up all the survivors and begins heading towards Atlanta, which is supposedly a ‘safe’ place. The book describes the survivor’s encounters, and battles with the ‘roamers’ and their fellow group members that they lose in the process. It has also been made into a very popular TV series, starring Andrew Lincoln, and also into many video games.

This book introduces Detective Joe Ledger, who went on to feature in many books later on. Terrorists are planning an attack on the United States, but this time it is not just to kill people, it is much, much worse. El Mujahid has developed a virus called Prion, that first kills a person and then reincarnates them, but with only primal brain function. Thus, these people turn into zombies, and they, in turn, attack healthy people to create more like them. Ledger is recruited by the Government to defeat these terrorists before more people are killed, and the human race, as we know it, is destroyed.

Feed is set in 2040, many years after the zombie apocalypse. Humans have developed a cure for common cold and cancer. However, these two cures have combined to form a deadly virus known as Kellis-Amberlee. It is useful for living people, but with death, begins to grow. Three youngsters are accompanying Senator Peter Ryan during his presidential campaign. Although it goes smoothly at first, there is a zombie attack at the second location, and people are killed. Soon, more attacks follow, and then the identity of the person responsible for them is revealed. Mystery and horror combined.

This bestselling novel is the first in the Monster trilogy. It takes place in Manhattan, during the time of the zombie apocalypse. Dekalb is an ex-UN employee whose daughter gets kidnapped and taken to Somalia. The kidnapper wants a precious AIDS vaccine, and Dekalb is to acquire it. An army of girl soldiers and a drug addict are on the lookout for the same vaccine. Their lives clash at Monster Island, and they are about to realize the actual danger that the world is in. Battling zombies to retrieve that vaccine has now become a race for life.

This book comes from the ‘King’ of horror himself. When a piece of technology goes wrong and begins to turn all cell phone users into zombies, Clayton Riddle gets caught among the altering people at a subway station. Something called the Pulse is traveling through cells, and the people who answer it are turning into violent zombies. Clayton needs to find his son and save him. So he and a small group of other survivors head out to find Clay’s son and a safe place. This book involves mind control, horror, and technology combined. A classic is what it is.

The Forest of Hands and Teeth – By Carrie Ryan

Mary is living in a small village that is fenced in from all sides to prevent access to and from the forest of hands and teeth. Mary believes that whatever the village sisterhood tells her is right. However, as she grows up, she begins to challenge these beliefs. Seeing a breach in the fence, she escapes into the forest, wanting something more than life in the village. She believes that she will find it in the outside world. However, it is not quite what it seems, and soon, she realizes the truth about what is really out there.

This is the story of a zombie boy being raised by a woman named Wanda Mayhall. Set in the ’60s, the era is post-zombie apocalyptic. Not much of human life is left on the planet. When walking with her three daughters, Wanda finds a woman’s body in the snow. She is holding a baby, who has been turned into a zombie. They take him home and raise him as Stony Mayhall. He is kept a secret from the world, until one night, he is forced to escape. That is when he realizes that there are other zombies out there in the world too.

The Rising – By Brian Keene

When an experiment called the particle accelerator goes wrong, it gives the demons a window to enter our universe. They begin possessing the bodies of dead people and turning them into zombies, creating mayhem all around. Among all this is a man determined to save his son, even if he loses his life trying. Jim Thurmond has been fighting the zombies for days. On the verge of committing suicide, he receives a call from his son Danny, who is living with Jim’s ex-wife in New Jersey. The boy is trapped and needs help. The love for his son makes Jim undertake the trip from West Virginia to New Jersey, risking everything, including his life along the way.

This book is a guide on how to survive in case there is a zombie attack. In this guide, the author presents the possibility of a zombie attack, and then states the measures that can be taken in such an event. The book lists the various historical zombie ‘attacks’ and the strategies and weapons that can be used to counter and survive these attacks. Funny and scary at the same time.

These were some of the best zombie books ever written. Remember that these books are not listed in any particular order. And if you think that there are more great books out there that have not been mentioned in this article, then please list them in the comments section below.