Comma splice is a common mistake made by most people who write in the English language. Here, we try to understand what a comma splice is with the help of a few examples. Take a look.

Comma splice is a common mistake made by most people who write in the English language. Here, we try to understand what a comma splice is with the help of a few examples. Take a look. 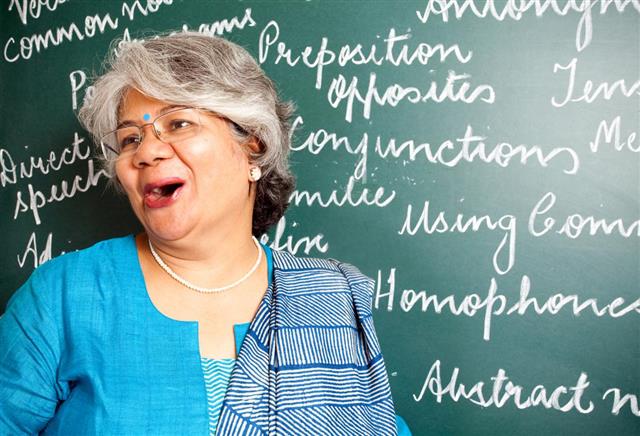 As much as you think you are a master of the English language, there are times when even the best of you may make mistakes. It is natural, because sometimes, something you say or write may sound correct; however, technically it may not be so. Knowing how to spot these errors then, becomes extremely important, particularly when writing. One such mistake that a lot of people make while writing is a comma splice. Here, we understand what a comma splice is by means of some examples.

What is a Comma Splice?

A comma splice is an error that is commonly made in the process of writing, where two independent clauses are joined by the use of a comma, without the use of any conjunction or another type of punctuation such as a semicolon or a period (full stop). A comma splice example is:

The students completed their classwork, they now wanted to go out and play.

In terms of grammar and composition, the sentence above is a comma splice because it has been incorrectly joined by a comma. As you can see, the first sentence, the students completed their classwork, is an independent clause. Similarly, the second sentence is an independent clause. As such, the comma splice is the major error, and can be corrected in any of the manners mentioned below.

How to Fix a Comma Splice

There should be some logic to the way you rewrite a sentence in order to correct a comma splice. Let’s understand how to fix a comma splice by rewriting the statement in different ways.

By Using a Period

A period is your best choice when the two sentences follow a logical sequence, or if one of the two clauses is very long.

By Using a Conjunction:

The use of a conjunction may be ideal because it gives a logical connection to what you are trying to say. The sequence of events is given a sound meaning.

By Using a Semicolon

A lot of people are unaware of the use of a semicolon appropriately. In this example, a semicolon is appropriate because a relationship between the two statements has already been established, and a sequence of events is absolutely clear. The students want to go out to play after completing their classwork. As such, you may use a semicolon to correct a comma splice.

By Using a Subordinating Conjunction:

While, Although, Because, If, Since, Unless, Whether, When, Why, As, Before, After, Whether, That, Once

Unlike the aforementioned conjunctions, subordinating conjunctions are exactly as the name suggests. Though they are used to connect two sentences, the amount of importance given to both statements is slightly unbalanced. However, the sentence created is still logical and gives a complete idea of what it is trying to convey.

Do understand that in order to rewrite a comma splice sentence, you may have to add or eliminate some words. As long as the basis of the sentence and the logic or meaning behind it does not change, the statement may be reworded so that it is correct.

The Incorrect Way of Fixing a Comma Splice

A lot of people assume that subordinating conjunctions as the ones mentioned above are similar to words that are known as conjunctive adverbs. These words include however, nevertheless, furthermore, moreover, hence, therefore, similarly, certainly, by contrast, in other words, in addition. Let’s understand how to use these to fix a comma splice with the help of some more examples:

This is an incorrect way of fixing a comma splice, because conjunctive adverbs always occur at the beginning of a sentence, and do not function as conjunctions as is the common misconception. The correct way of writing this sentence would include any of the following:

By understanding how to fix a comma splice, you will be able to tackle the following examples and phrase them correctly. Let’s take a look at some more examples to check if you have really understood how to correct it.

In some cases, a comma splice is used as a device to make the language more effective or create an impact. In such cases, the use of comma splice is acceptable and justifiable. For instance, if the two independent clauses in question are very short, or if one is trying to express opposite statements, a comma splice may be used. The idea is to understand when to use a comma for this purpose, without making the statement appear erroneous. Some examples may include the following:

Though acceptable, writing experts suggest that these exceptions should be used rarely because they are often confused as comma splices and considered incorrect.

The aforementioned examples should have helped you understand what a comma splice exactly is, and the different ways of correcting it. Keep an eye out for these and avoid falling for them in the process of writing.