Important Dos and Don’ts of Writing a Character Analysis Essay

Although it is common to use dialogs from the story while writing a character analysis essay, refrain from using very big chunks of them. If a dialog is a few lines long, then write it as a separate paragraph, indenting it from the left so that it stands out.

A character analysis essay entails selecting a character from any literary piece of work, and describing him/her in a descriptive manner. It requires an understanding of the story, and taking a deeper look into the character that the writer wishes to write about. Choosing the subject of the essay is not the hard part; researching the character is easier said than done. After all, he/she is a fictitious person having a personality, psychology, likes, dislikes, family, friends, etc. This requires reading between the lines to get the essence of the character; but fret not. The following paragraphs take an in-depth look into the dos and don’ts of writing a character analysis essay, and provide some examples of how to write one.

To begin with, you need to choose who you want to write about. Selecting the character for writing an analysis is not very difficult. Unless your teacher/professor specifies the same, you can choose someone you like. It need not necessarily always be the protagonist. It can be about the antagonist, or a secondary character who is material to the story. It can be someone related to the protagonist in some way, someone who alters his life significantly.

Before you begin writing your character analysis, you must read the source material at least a couple of times. Don’t just read the words; read between them. Try to find the underlying meanings and implications that are not immediately obvious. Understand the essence of the character, what makes him tick, what makes him angry, how he responds to various situations, etc.

Know the character thoroughly. Look at the way he talks, thinks, and even dresses. Are there any objects that he holds close to his heart, that define him? Identify all his positive traits, and even his weaknesses. Now come to his role; what is his purpose in the story? What conflicts is he facing? Does he overcome them? Is he a changed person by the end?

There are two types of characters in a story – round and flat. The former are those who evolve throughout the story, and the latter are those who stay the same till the end. Remember to take notes when you are reading. This way, you will have a record of your observations and thoughts, for easier access when you get down to the actual writing. Once you have finished this activity, you can prepare the outline of your analysis.

A character analysis follows a particular format. It contains the introduction, the main body, and the conclusion. The following are some step-by-step tips on how to write this kind of essay, taking into consideration each of its individual parts. An example is taken below.

Sample character – The second Mrs. De Winter
Book – Rebecca, by Daphne Du Maurier
Thesis statement – “Mrs. De Winter is a meek woman who doesn’t assert herself; she likes to stay in the background.”

This is the paragraph where you give the reader a hint of what your work is going to be about. Most importantly, it must acquaint the reader with your thesis statement. This statement is usually put at the end of the introduction, with the rest of the paragraph leading up to it. Given below are some examples of how you can begin your character analysis; remember that this is a crucial part of your work, as it must interest the reader.

Option 1
Personalize it by describing the character with reference to real people.

“There are so many people around us who are shy, timid, quiet, and never speak up for themselves. Looking at them, most of us must have wondered why they are the way they are, and we may have even voiced our opinion about it. We never know why these people have found it so impossible to stand up for themselves. We do not know about their past, their experiences, and the kind of people they have encountered in life; reasons why they prefer being ‘invisible’ and letting others come to the fore. One such example is the character the second Mrs. De Winter in Daphne Du Maurier’s Rebecca. She is a meek woman who doesn’t assert herself; she likes to stay in the background.”

Option 2
Write a few statements regarding the subject of your thesis.

“Not everyone is bold and outspoken; circumstances that make some people confident, end up making others timid. These people often prefer to keep themselves out of the limelight and not ‘get in anyone’s way’, which is a phrase they commonly use. They can become unfortunate targets for dominating folks who tend to push them around and get things done from them. One such timid character is the second Mrs. De Winter in Daphne Du Maurier’s Rebecca. She is a meek woman who doesn’t assert herself; she likes to stay in the background.”

Option 3
Describe the story in a few words.

“Rebecca, written by Daphne Du Maurier, is a story which depicts the power that the dead can have over a person, when that person is afraid and won’t fight back. It shows the dangers of being perpetually naive, and teaches the reader that nobody should be trusted blindly; innocently believing that all people are good at heart is nothing short of foolishness. It aptly displays the skewed dynamics between a servant and a mistress, when the latter does not assert her position in her own house. This is the second Mrs. De Winter, the mistress of Manderley. A meek woman who doesn’t assert herself; she likes to stay in the background.”

Similarly, you can also give a brief introduction to the author in the first paragraph. This information will be based on your research, and whatever your professor has taught you in class. This will be an easier option if you are familiar with the author and have read many of his/her books.

To cite the example considered above – “the second Mrs. De Winter is a shy and meek woman who does ‘not like to get in other people’s way’, as she puts it. Her first name has not been mentioned once throughout the book, possibly symbolizing her ‘invisible’ personality. She is passive, and does not oppose or rebel even when she is asked to do something she has no interest in doing”.

Her conflict can be described as – “she believes that her husband, Maxim, is still in love with his dead wife Rebecca. She feels that Rebecca is still the mistress of the house, and it shows in the way she conducts herself. She lets the servants take the decisions around the house, ones which Rebecca would take when she was alive. She is constantly tormented by the open hostility shown towards her by the malevolent housekeeper, Mrs. Danvers, who even tries to push her through a first floor window. She is convinced that Maxim only married her because he was lonely, and he still considers her a child who has not seen life outside her own little world”.

The arc or change in her personality can be described as – “she does not know how Rebecca really died, believing her to have drowned. When her husband finally confesses that he in fact murdered her because he did not love her, the transition that the second Mrs. De Winter goes through cannot be less obvious. Her demeanor changes; she becomes the mistress of the house. She boldly faces Mrs. Danvers, reconnects with her husband, and fearlessly pledges to stand by him no matter what. Her outspokenness surprises everyone who thinks that she is not capable of it. Her husband’s revelation alters her completely”.

This was just a brief example. Try to avoid very short paragraphs, but do not be so descriptive as to tire out the reader. When describing specific events, you can also use quotes directly from the story. Explain who has said them, and the situation in which they were said, so as to give the reader a better understanding of the context.

When starting a new paragraph, make it a smooth transition from the previous one. Abruptly beginning a new point will confuse the reader. You can also use a particular word multiple times to make your point obvious. In the above example, using the words ‘timid’ or ‘meek’, or synonyms of the same, will keep reminding the reader of the character.

The conclusion must summarize the entire analysis in a few lines, and include the thesis statement too. You can write this statement in your own words here. Avoid introducing any new point in the conclusion. It should only contain statements that support all that you said throughout the previous paragraphs. It is your final chance to hammer your point home.

For example – “The second Mrs. De Winter was now a changed woman. ‘Nothing could come between her and Maxim’ (dialog from book). She finally realized that people are not always as nice as they seem, but with her husband by her side, she would face the world fearlessly. Her loyalty and love towards her husband awakened a strength in her she never knew she had, a strength that she would never lose.”

You can quote the book in the conclusion as well. Find lines that are sure to have an impact on the reader, and you will have effectively concluded the analysis.

This was some information about how to write a character analysis essay. As mentioned before, it is not very difficult. Remember to be organized, obtain all the information you need, prepare an outline, and take it one step at a time. You do that, and there is not limit to the magic you can create. 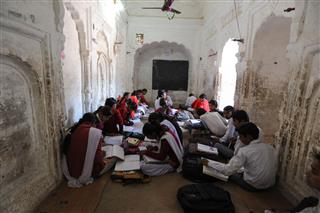