An Explanation of the Key Elements of Literature

Home / Uncategorized / An Explanation of the Key Elements of Literature 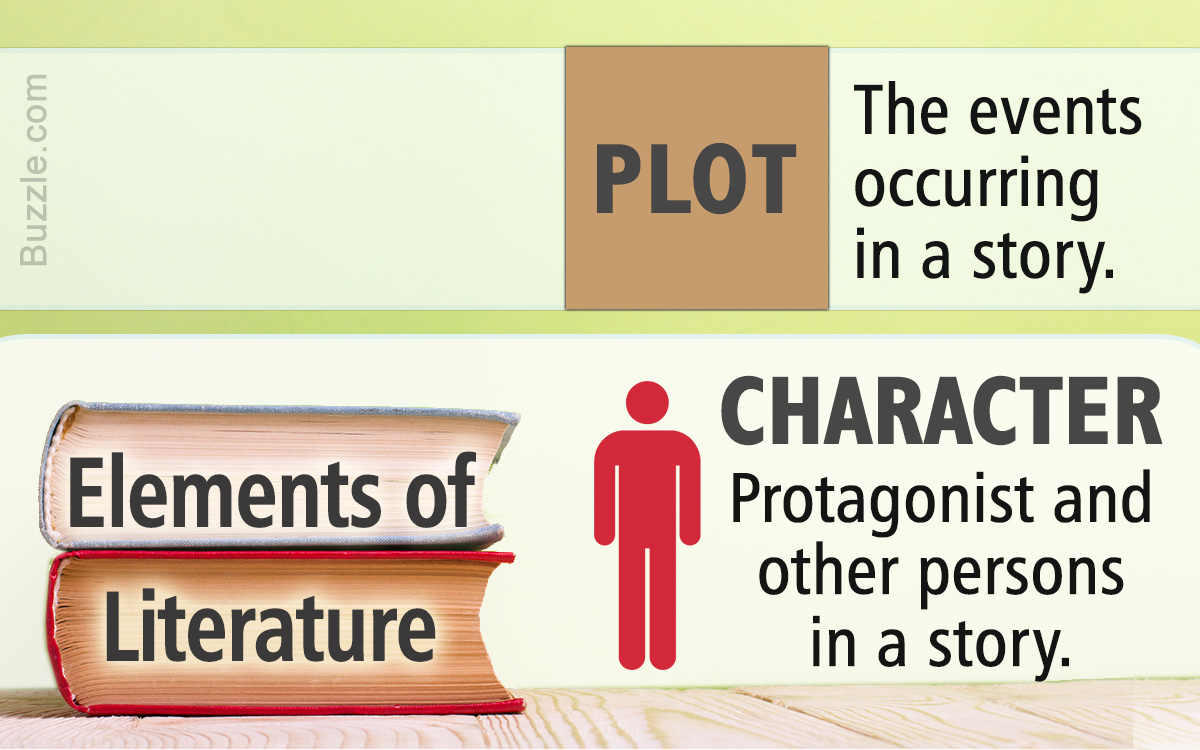 Life is not a series of gig lamps symmetrically arranged; life is a luminous halo, a semitransparent envelope surrounding us from the beginning of consciousness to the end. ― Virginia Wolf

This quote most certainly echoes the hidden beauty of literature. The adventurous “Robinson Crusoe” or the heart-touching “Great Expectations” are some of the brilliant works that will give you a taste of literature. In other words, we can summarize this discipline in the words of Ezra Pound – Great literature is simply language charged with meaning to the utmost possible degree. Literature finds its recognition in stories, novels, and drama. The theme is of prime importance. An author depicts the ups and downs of the protagonist with the help of characterization. The story progresses through various plots. There are prologues and epilogues and a myriad other entities. The paragraphs below will tell you more about the elements of literature.

There are different ways in which literature can be portrayed – a novel, drama, poetry, biography, non-fictional prose, an essay, an epic, or short stories. All these entities have elements. To complete a piece, a writer, dramatist, or a novelist needs to use certain elements, like a plot, character, theme, etc. However, elements of fiction and elements of drama differ from elements of poetry. These elements are discussed below:

Elements of Fiction and Drama

A plot is the sequential arrangement of incidents, ideas, or events. In literature, the plot encompasses all the incidents and provides aesthetic pleasure. The story of the novel progresses through various plots and conflicts. Plots of dramas are divided into “Acts” and “Scenes”. Drama has five essential parts. These are:

Playwrights use dialog to develop their plots. They reveal information about their characters such as their background and personality.

Character plays a pivotal role in a drama, novel, short story, and all kinds of narratives. In drama, the character reflects the personality of the protagonist and other related characters. The method of conveying information about characters in art is called characterization. Characters can be fictional or based on real, historical entities. They can be human, supernatural, mythical, divine, animalistic, or personifications of an abstraction. There are round characters, flat characters, stereotypical stock characters, etc. In Marlowe’s drama “The Tragical History of Dr. Faustus”, Faustus is the main character of the play.

It refers to geographical location of the story, time period, daily lifestyle of the characters, and climate of the story. In a novel, the setting plays an important role. It is alternatively significant and non-significant in short stories. Settings of literary forms have been changing according to theme of the literary piece; for example, Shakespeare’s tragedies and comedies have the setting of palaces and castles, whereas modern and post-modern dramas have setting of houses of the common public. Supernatural elements were abundant in earlier literature, while absurdity rules the roost as of today. Setting can take place in a house, school, castle, forest, hospital, or anywhere that the writers may want to extend their scenes.

Theme is a prime element of literature, which contains the central idea of all literary forms. It reflects innocence, experience, life, death, reality, fate, madness, sanity, love, society, individual, etc. Thus, it reflects the society as a whole, for example, the theme of Hardy’s novel “The Mayor of Casterbridge” reflects the role of fate in our life. Likewise, in a drama, theme represents the brief idea of the drama.

Structure is another important element of a drama, novel, or short story. In dramas, there are plots and subplots. These also are divided into acts and scenes. Here, the contrasting subplots give the main plot an additional perspective. Likewise, novels have different chapters and scenes.

Use of language or diction

Diction is another essential element of drama. A playwright exhibits the thoughts of characters through dialog. The word “Dialogue” has come from the Greek word “dialogosa”, which means “conversation”. Shakespeare used this element to portray the thoughts, emotions, and feelings of the character. This also provides clues to their background and personalities. Diction also helps in advancing the plot. Greek philosophers like Aristotle used dialogue as the best way to instruct their students.

Foreshadowing is another important element of literature that is applied as hints or clues to suggest what will happen later in the story. It creates suspense and encourages the reader to go on and find out more about the event that is being foreshadowed. Foreshadowing is used to make a narrative more authentic.

Poetry is literature in a metrical form. However, free-verse became the popular style towards the modern and post modern age. Like fiction, it may not have plots, setting, etc.; yet, it has a structured method of writing. There are various kinds of poetry, such as a ballad, sonnet, etc. All these forms have some elements, such as style, theme, rhyme, rhythm, metaphor, etc.

It refers to the way the poem is written. Poems are written in various styles, such as free verse, ballad, sonnet, etc., which have different meters and number of stanzas.

Symbol represents the idea and thought of the poem. It can be an object, person, situation, or action. For example, a national flag is the symbol of that nation.

Like other forms of literature, poetry has a theme of its own. Theme contains the message, point of view, and idea of the poem.

Imagery is another important element that a poet often uses in poems that appeal to our senses. In the age of modernism, T.S. Eliot used images of urban life in his poems. Wordsworth used nature as poetic images in his poems.

Rhyme is an element that is often used in poetry. It’s a recurrence of an accented sound or sounds in a piece of literature. Poets and lyricists use this device in various ways to rhyme within a verse. There is internal rhyme, cross rhyme, random rhyme, and mixed rhyme. It gives the poem a flow and rhythm. It contains the syllables in a poem. Every poem has a rhythm in it. It’s about how the words resonate with each other and how the words flow when they are linked with one another in a poem.

This is an important rhythmic structure of poetry. It is described as sequence of feet, each foot being a specific series of syllable types – such as ‘stressed’ or ‘unstressed’. It makes the poetry more melodious.

Alliteration is another element used in poetry for the sound effect. It indicates two or more words with same repetition of initial letter, for example, “dressy daffodils”. Here, the sound of the letter ‘d’ is repeated.

A simile is a figure of speech used for comparison in the poetry with the words ‘like’ or ‘as’. For example, “as black as coal”.

Metaphor is used in poetry to make an implicit comparison. Unlike simile, here the comparison is implied, for example, ‘Her laughter, a babbling brook’.

This is one important element of poetry, which refers to words that sound like their meaning, for example, buzz, moo, and paw.

Element of literature includes all the elements that are essential to create a piece. These elements help a writer to create splendid poetry, superb drama, and a soul-touching novel. They are used to form the structure of a literary piece.