Prominent Examples of Archaism in Literature

We often use the proverb, "Beauty is in the eye of the beholder." Although a part of this idiom, the word 'beholder' is not commonly used. It is an archaic word. Words that belong to an earlier period or seem so are referred to as archaic words. The use of these words in literature, gives it an olden touch. 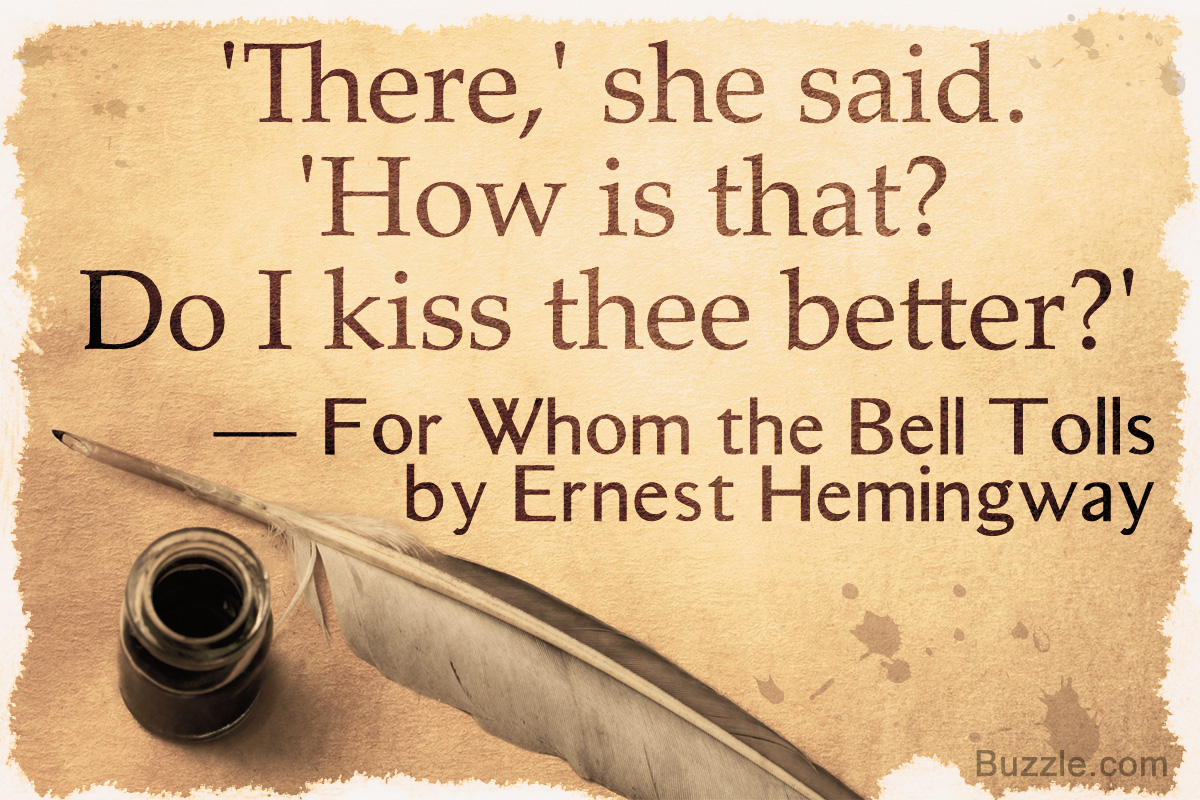 We often use the proverb, "Beauty is in the eye of the beholder." Although a part of this idiom, the word ‘beholder’ is not commonly used. It is an archaic word. Words that belong to an earlier period or seem so are referred to as archaic words. The use of these words in literature, gives it an olden touch.

The word archaic is derived from the Greek word archaïkós meaning ancient, beginning, or old-fashioned.

As the root of the word suggests, archaism means using words, phrases, or expressions which are out of date. According to the definition of archaism, such words are used in writing or speech to give the written or spoken content an artistic appeal and a touch of the old times.

Some archaic words have been a part of our traditions since long and are in common use even today. For example, the vow, “With this ring I thee wed.” is a part of wedding ceremonies. Here, the word thee is an archaic word that is used only in this special context. It is not used normally as it is considered outdated.

Archaic diction can be encountered in law, poetry, philosophy, and science. For example, in law, the words like hereunto and thereof are used. However, examples of archaism are more commonly found in literature.

In literature, archaism can be used to emphasize ideas. As archaic words aren’t used commonly, they attract attention. These words may be used to give a piece of writing the flavor of olden times. They can also be used to bring irony or humor.

The Rime of Ancient Mariner by S. T. Coleridge

This is a poem by S. T. Coleridge written in 1797-98. The poem is filled with archaic words starting from its original title, The Rime of the Ancyent Marinere. The poem is about a sailor who has returned from a long sea voyage, narrating his adventures to a man on his way to a wedding ceremony. As an example of archaism, we give you three stanzas from this poem (with the archaic words highlighted).

It is an ancient Mariner,
And he stoppeth one of three.
‘By thy long grey beard and glittering eye,
Now wherefore stopp’st thou me?

He holds him with his skinny hand,
‘There was a ship,’ quoth he.
‘Hold off! unhand me, grey-beard loon!’
Eftsoons his hand dropt he
‘I fear thy skinny hand!….

I fear thee and thy glittering eye,
And thy skinny hand, so brown.’-
Fear not, fear not, thou Wedding-Guest!
This body dropt not down…

To Autumn by John Keats

One of the greatest romantic poets, Keats wrote this poem in 1819 as an ode to the Autumn season. It was published in 1820. Keats uses rich imagery to create a powerful personification. Like many other romantic poets, he has used archaic words to add to the romantic effect of the poem.

Who hath not seen thee oft amid thy store?
Sometimes whoever seeks abroad may find
Thee sitting careless on a granary floor,
Thy hair soft-lifted by the winnowing wind;

Where are the songs of Spring? Ay, where are they?
Think not of them, thou hast thy music too,-
While barred clouds bloom the soft-dying day,
And touch the stubble-plains with rosy hue;

For Whom the Bell Tolls by Ernest Hemingway

This novel is considered as one of the best works of Hemingway. It was published in 1940. The novel narrates the story of a young American amidst the Spanish civil war. An extensive use of archaic words is a distinctive feature of this novel. It had attracted controversy and negative criticism after its publication. Here are some lines from the novel, highlighting the use of archaic words.

Anselmo was speaking old Castilian and it went something like this, “Art thou a brute? Yes. Art thou a beast? Yes, many times Hast thou a brain? Nay. None…”

Then they were walking along the stream together and he said, ‘Maria, I love theeand thou art so lovely and so wonderful and so beautiful and it does such things to me to be with thee that I feel as though I wanted to die when I am loving thee.’

“O, Romeo, Romeo-wherefore art thou Romeo?” (from Romeo and Juliet by Shakespeare)

“And so, all the night-tide, I lie down by the side
Of my darling–my darling–my life and my bride,” (from Annabelle Lee by Edgar Allan Poe)

“Hark! The Herald Angels Sing” (from Hymns and Sacred Poems by Charles Wesley)

“Alas, I must away on my journey betimes. I must traverse the roads, journeying hither and yon in search of . . . muffins.” (Anonymous)