A Huge Set of Very Interesting Examples of Hyperboles

Do you know what a hyperbole is? This article will help you understand hyperboles using interesting examples... 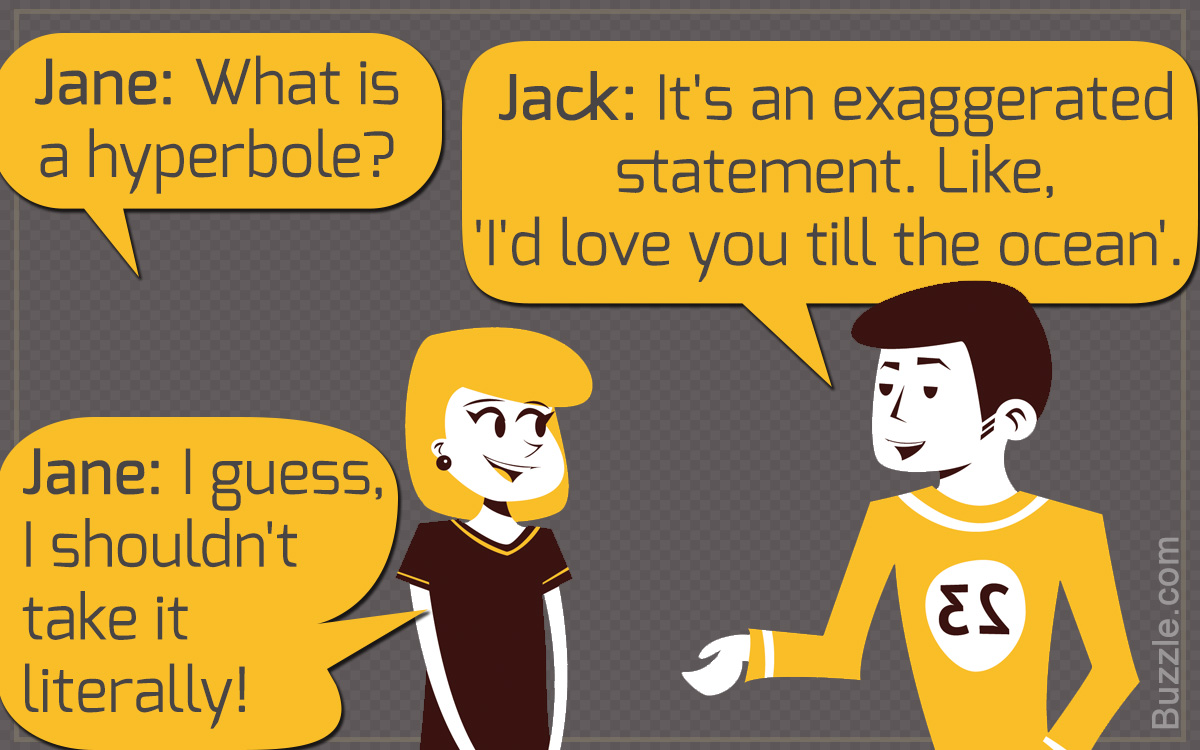 Do you know what a hyperbole is? This article will help you understand hyperboles using interesting examples…

English is a beautiful language and in order to master the language, one has to be aware of the linguistic nuances and wordplay that are possible in the language. The rules of grammar, the phrases, and the figures of speech are all a part of the ensemble. Before discussing the examples of hyperboles, you should know what a hyperbole is or more importantly, what figures of speech are.

A figure of speech or a rhetoric or locution is a word or a single phrase that goes off the straightforward literal language. There are two main categories of figures of speech – the schemes and the tropes. A scheme refers to a figure of speech, which changes the normal arrangement of words in a standard sentence structure. On the other hand, a trope refers to the use of a word or a phrase in a way not intended by its normal signification. Thus, collectively tropes and schemes are referred to as the figures of speech.

Definition of a Hyperbole

Now that we know what figures of speech are, we can get into the details of what a hyperbole is. It is a figure of speech used in the English language. The word hyperbole has its origin in the Greek language and means excess or exaggeration. By definition, a hyperbole is nothing but a trope composed of exaggerated words or ideals used for emphasis. Also described as ‘the implied simile’, hyperbole is a figure of speech in which statements are exaggerated to create an impact and are not supposed to be interpreted literally. They are commonly used in prose as well as poetry. However, although valued in creative writing, hyperboles are avoided in formal writing or business writing.

So, there you go. Now you know everything about hyperboles. Reading prose and poetry and finding out and identifying the various figures of speech from them can be a useful exercise to learn about this kind of speech.