10 Finest Examples of Personification in ‘To Kill a Mockingbird’ 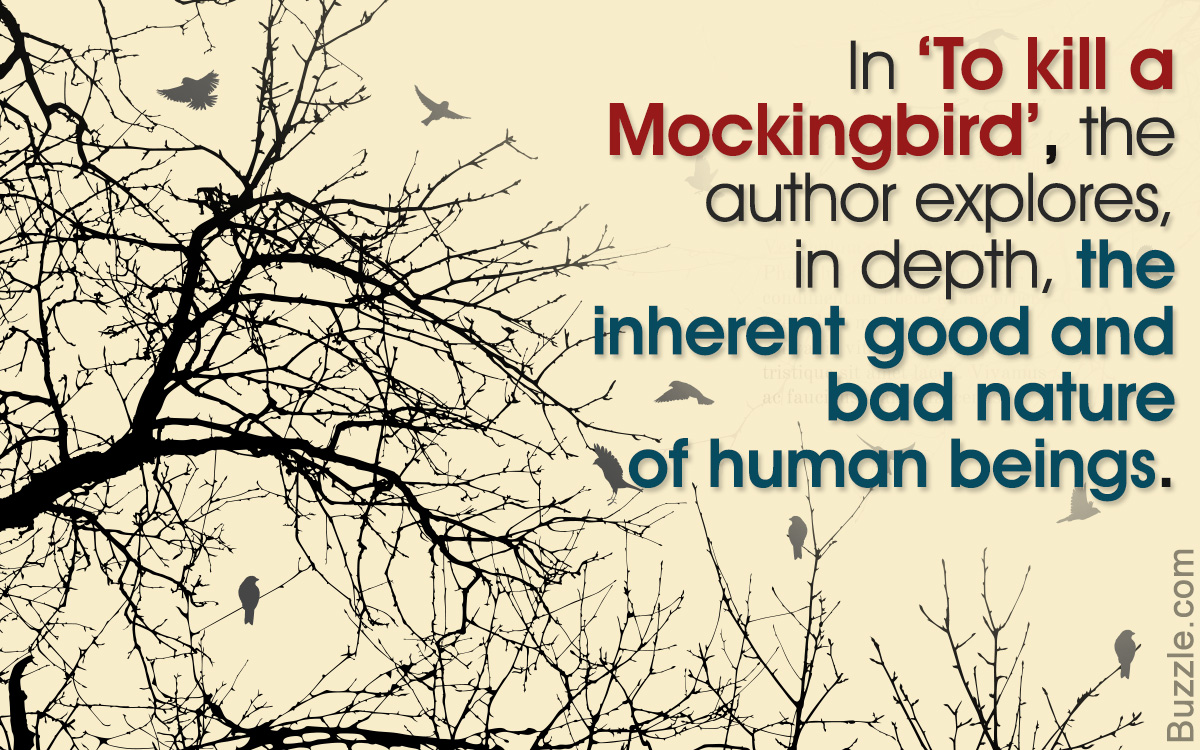 Did You Know?
Despite containing racial phrases and having been subject to criticism and campaigns for its removal, ‘To Kill a Mockingbird’ gained immense popularity and remains, till date, one of the most widely-read books that deals with racial issues.

‘To Kill a Mockingbird’ was one of America’s most widely-acclaimed novels. Published in 1960, it is a modern classic of American literature; the author, Harper Lee has won a Pulitzer Prize for the same. The events in the novel are said to be loosely based on the author’s life, and it is often cited as being autobiographical. Lee, however, stated that though the novel was inspired from certain instances in her life, it did not encompass autobiographical elements; rather, it is an example of how an author needs to state the truth. The novel contains myriad examples of literary elements, ranging from metaphors and personifications to hyperboles and similes. The paragraphs below contain the plot summary and also a few examples of the use of personification.

The Use of Personification in ‘To Kill a Mockingbird’

#1 As if to confirm what we saw, the town siren wailed up the scale of a treble pitch and remained there, screaming.
The verb ‘scream’ is generally meant for humans; in this case, the siren has been personified to scream like a human.

#2 The fire silently devoured Miss Maudie’s house.
‘Devoured’ is used when human beings hungrily consume food. The fire is given a human characteristic.

#3 Maycomb was an old town, but it was a tired old town when I first knew it.
The verbs ‘tired’ and ‘old’ are used to personify the fictional town of Maycomb.

#4 No child, this is a sad house.
The house, an inanimate object, has been given the human characteristic of being sad.

#5 Some tinfoil was sticking in a knot-hole just above my eye level, winking at me in the afternoon sun.
Obviously, the tinfoil wasn’t blinking; Lee uses personification to add a bit of drama to the plot.

#6 Courage is a man with a gun in his hand.
Courage has been personified as a man to stress on the fact that looks are deceptive, and that a person’s character goes much deeper and beyond his appearance.

#7 Jem’s shirt-tail dipped and bobbed like a small ghost dancing away to escape the coming morning.
The shirt-tail has been personified to add to the dramatic element.

#8 Let’s not let our imaginations run away with us dear.
A very loose instance of personification. Technically, imaginations do not run, here, the author uses them to emphasize the way the human mind works.

#9 Molasses buckets appeared from nowhere, and the ceiling danced with metallic light.
The beauty of the dialog is how the author has used two personified elements in the same sentence. Buckets do not appear, neither does the ceiling dance, but the usage of this figure of speech adds a different dimension to how a reader may perceive this sentence.

#10 The gold collar button and the tips of his pen and pencil winking in the light.
The inanimate objects – the button, pen, and pencil – have been given the human characteristic of winking.

‘To Kill a Mockingbird’ is no doubt, a renowned, controversial classic. Ultimately, what counts is not whether the story was true or not, but how much the audience has been able to assimilate what the book teaches―this includes the concept of social inequality, moral education, and the simultaneous existence of good and evil within a person.