Numerous Examples of Prepositions to Help Improve Your Language

Many of us speak the language, but hardly pay any attention to the words we actually use. Prepositions, for example, are used by each one of us very often. Once you know some examples of prepositions, you will understand that you use these words every day.

Many of us speak the language, but hardly pay any attention to the words we actually use. Prepositions, for example, are used by each one of us very often. Once you know some examples of prepositions, you will understand that you use these words every day. 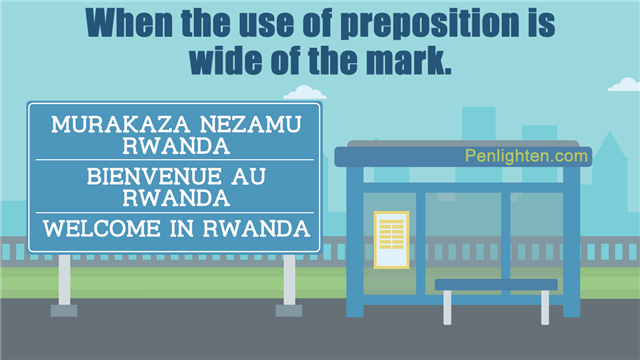 What is a Preposition?

Prepositions are words that help link either the noun, or the pronoun with another word in the sentence in order to describe their relationship. A preposition is a word, which is used to indicate different relations, such as place, time, reason and purpose, method, direction and motion, manner, and possession. It is usually placed before a noun, or pronoun. The most common examples of prepositions in grammar are on, in, at, to, with, up, etc.

A preposition of time helps to link the noun, or pronoun with a time value. It functions as an indicator as to what point of time did an event occur, was supposed to occur, will occur, etc. They are also called prepositions of date sometimes. For example: He was here at five in the evening.

Prepositions of place, as the name suggests, link the noun/pronoun with a particular place or spot. These are also called prepositions of location or position. For example: The cat was sitting under the table.

The other kinds of prepositions depending on the functions that they perform are preposition of the agent and/or instrument. Although these kinds do exist, very few grammar books acknowledge them. Largely, the three basic kinds are the ones mentioned above — time, place, and direction.

About: I will tell you a story about a lion.
Above: The plane flew above the clouds.
Absent: Emma was absent yesterday.
Across: They walked across the hall.
After: After lunch, I shall complete the remaining task.
Against: He joined the fight against poverty.
Along: All along the way, she did not speak a word.
Among: The profit was shared among the shareholders.
Around: Due to the snow, we turned around to return home.
As: Nobody can be as witty as Sheldon Cooper.
At: The land is at war with its neighbor.

Before: She had decided to quit before Christmas, but changed her plan.
Behind: The church is located behind the supermarket.
Below: The temperatures have dipped below freezing point.
Beneath: The water level is beneath the average level.
Beside: When we were in school, I used to sit beside her in class.

Besides: Besides maths, I am very fond of history.
Between: The profit was shared between the two of them.
Beyond: The play was beyond my expectations.
But: Everyone but her agreed with the arrangement.
By: A house by the sea is where you will find me after retirement.

Despite: Despite the snowfall, she decided to carry on with her journey.
Down: Jimmy lives down the street.
Except: Except her no one has any objections to the plan.
For: I jog for 10 miles every day.
From: She comes from Argentina.
Given: Given her affluence, she made the perfect candidate for the speech.
In: When in Rome, do as the Romans do.
Like: She looks like her father.
Minus: Ten minus eight equals two.
Near: They have bought a new home near the school.

Of: A friend of mine recommended the beautician to me.
Off: To regain her lost health, it is important, she stays off her fad diet programs.
On: There is an apple on the table.
Opposite: Her desk is located diagonally opposite to my desk.
Out: Do not throw rubbish out of the window.
Over: Put the scarf over your head.
Past: She walked past me, but refused to acknowledge my presence.
Per: What was the per person cost incurred?
Plus: Eight plus six equals fourteen.

Sans: It was just like a movie, sans all the drama.
Since: She was waiting for him since ten in the morning.
Than: She likes tea more than coffee.
Through: I slept all through the day.
Till: She spent her birthday with him till the end.
Times: I was fooled into paying three times the original price.
To: I am going to Atlanta, before I head back home.
Toward/s: It started raining towards the evening.
Under: The road is under repair.

Underneath: She found her earring underneath the carpet.
Unlike: John is unlike his father.
Until: I did not get the documents until 5 pm.
Up: Walk straight up the tiny lane and you will see the church.
Up: I walked up the stairs to see the problem.
Versus: The last game was England versus France.
Via: I will go via Sydney.
With: She walked in with her new boyfriend.

Double prepositions are words, such as into, onto, within, etc., which are used as prepositions. They are two prepositions, but are joined to make a whole new one. These examples will make it easier for you.

Amid: The kids were lost amid the jungle.
Atop: The owl sat atop a banyan tree.
Inside: Inside the tough exterior, lies a gentle soul.
Into: As soon as she stepped into the room, there was a pin-drop silence.
Onto: He always climbs onto the table.
Outside: Outside the house lies a beautiful garden.

Throughout: Throughout the winter, she has been sick.
Upon: Once upon a time, there lived a king.
Up to: It is up to us to find a way out.
Within: She caters to customers within a radius of 5 miles.
Without: I never leave my house without an umbrella due to the uncertain weather.

According to: According to the rule book, peeping is allowed in this game.
Ahead of: He was always two steps ahead of his competitors.
Apart from: Apart from the dresses, Sara shopped for some shoes, too.
As for: As for the record, she did not sign in late.
As of: He cannot stay here as of now.
As per: As per her mother, she is a silent child.
Aside from: The mother pulled her child aside from the dirty dustbin.

Because of: He could not leave home because of the heavy rain.
Close to: She was never close to her parents.
Due to: I seldom step out due to the uncertain weather.
Except for: I love her attire, except for the chunky neckpiece.
Far from: Her behavior is far from normal.
Inside of: The inside of the auditorium is beautiful.
Instead of: Instead of standing by my side, he ran away.

Left of: All that is left of the meal is some salad.
Near to: There are beautiful weekend getaways near to New York.
Next to: Phoebe was sitting next to Joey.
Out from:She had been singled out from the event.
Out of: They persuade us to think out of the box.
Outside of: Nobody outside of this room should know about this plan.
Owing to: Owing to the bad weather, the trip was canceled.
Prior to: I never felt this way about anybody prior to you.

Rather than: I prefer leaving rather than waiting for an hour.
Regardless of: Regardless of her sentiments, he went on accusing her.
Right of: The cat was lying on the rug right of Charlie.
Subsequent to: Subsequent to their arrival in France, they bought a new home.
Thanks to: She had a job now, all thanks to her brother.
That of: The surprise plan was that of her own.
Where as: Cats like to sleep, where as dogs like to play.

As far as: He walked as far as he could.
As long as: As long as you do not change the meaning, you can rephrase the sentence.
As opposed to: Christina came out stronger as opposed to the others.
As soon as: As soon as they reached the house, the children jumped out of the car.
As well as: Abraham took his children as well as the neighboring kids to the circus.

In addition to: In addition to all the hurt, he sent her a terrifying hate mail, too.
In front of: We clicked a hundred pictures in front of the Statue of Liberty.
In reference to: This is in reference to the article in yesterday’s paper about child abuse.
In regard to: In regard to everything that has happened, I want my questions answered.
In spite of: They stood there in spite of the bitter cold.

Assuming: He had made preparations assuming that she liked Thai food.
Barring: Everybody was invited barring underage children.
Concerning: He is always curious about anything concerning her.
Considering: Considering the circumstance, he did not punish the kids.
During: She works during the day and studies at night.

Excluding: Excluding her from the plan would just hurt her even more.
Failing: Failing to get her, he settled for his unrequited love.
Following: Everywhere he went, the dog kept following him.
Including: The entire class was in a party mood including the teacher.
Regarding: The police were asking questions regarding Joseph’s behavior.
Respected: John F. Kennedy was respected by all.
Provided: After a lot of questioning, he provided her with all the information.