Are you looking for a few moments of rib-tickling laughter? The metaphors listed in this article should serve your purpose of laughing over nonsensical comparisons. 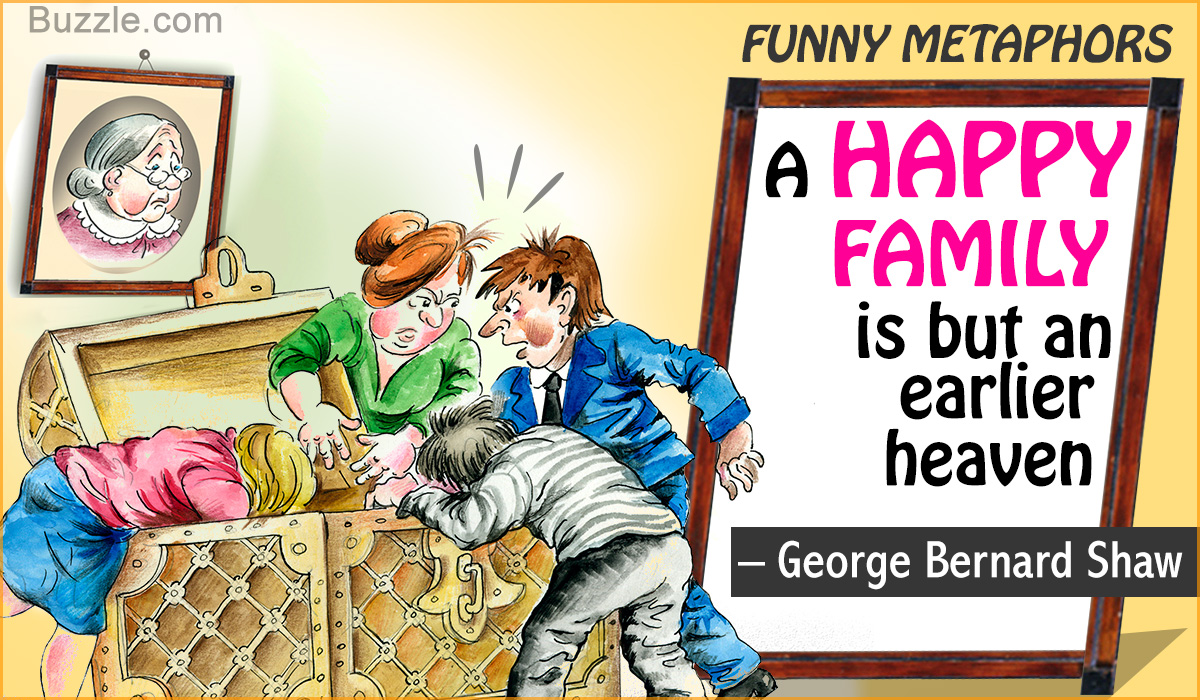 Are you looking for a few moments of rib-tickling laughter? The metaphors listed in this article should serve your purpose of laughing over nonsensical comparisons.

“It is also difficult to articulate the subtleties in cinema, because there aren’t words or metaphors which describe many of the emotions you are attempting to evoke.”

How can you not agree with Conrad Hall? Because if there were enough words and metaphors in the world, then there would be none of the hilarious metaphors that make reading so amusing from time to time. Unintentionally, many a time authors in a bid to make emotions clear and concepts simpler resort to using similes and metaphors. But sometimes these metaphors while conveying the intended message, tend to become humorous and well, rib-tickling to say the least. In this article, we give you some funny metaphor examples. But before we do that, we tell you what exactly a metaphor is.

So, how do you define a metaphor? In the simplest of terms, a metaphor is one of the most used figures of speech, where one concept is used to understand another concept. When an author uses a metaphor, he or she builds some sort of a comparison between two differing concepts that have a similar relation. When a person says, He is a tiger, he is using metaphor to refer to the bravery of a tiger by making a comparison between the two without stating so in direct terms.

The origin of the word metaphor can be traced to the terms, metaphore from old world French, which when translated roughly means carrying over. More often than not, while trying to understand the concept of metaphor, you may look up examples of similes and metaphors both, and it is possible to be confused between the two. It is very easy to distinguish between the two types of figures of speech. While using a simile, there will always be a word used to denote the comparison; for example, like, as, etc. But if you look up examples, you will notice that the comparison with metaphors is indirect and subtle.

Examples of Metaphors that are Funny

If you start searching for funny metaphor examples in literature, you may be in for a bit of a needle in a haystack search, because most good and well written books tends to have comparisons that are beautifully put. Most rib-tickling metaphors that you will find are examples from amateur works. The list given below came out tops amongst all the funny metaphor examples we found.