Here are Some Really Good Sentence Starters for Creative Writing

So, your head is chock-a-block with ideas, and yet you're struggling to begin your story. No cause for worry, as it happens to most of us. Instead, read this Penlighten post - it has some amazing ideas to get your creative juices flowing. 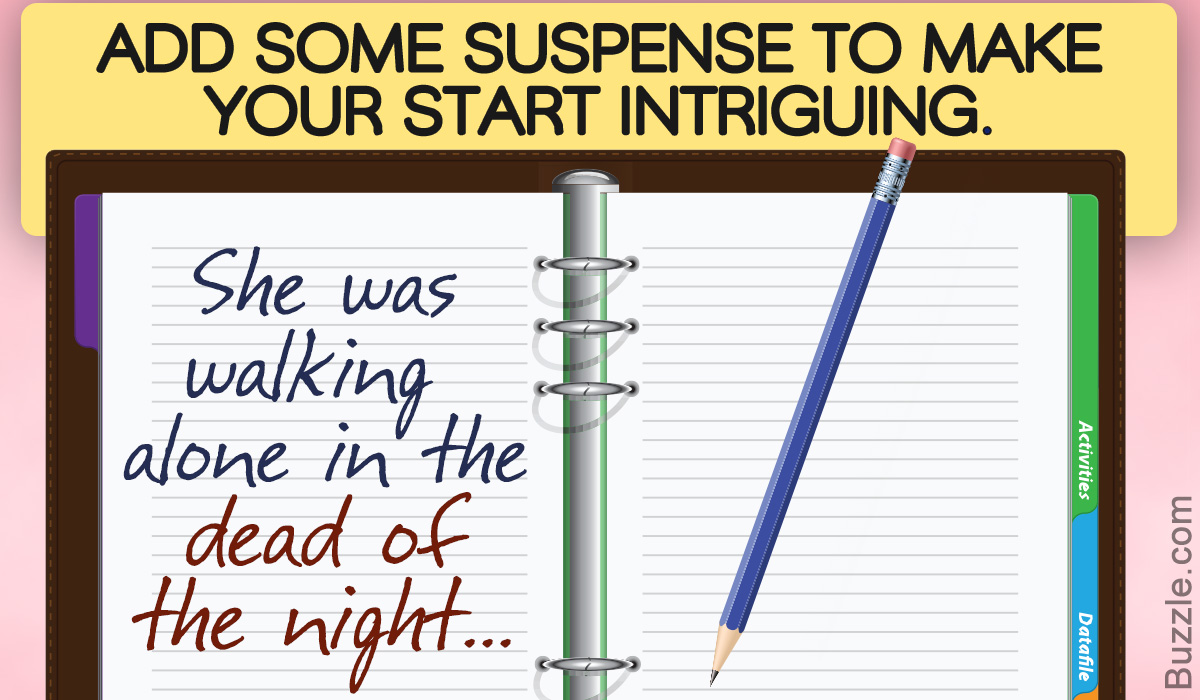 So, your head is chock-a-block with ideas, and yet you’re struggling to begin your story. No cause for worry, as it happens to most of us. Instead, read this Penlighten post – it has some amazing ideas to get your creative juices flowing.

“The scariest moment is always just before you start.” ― Stephen King, On Writing: A Memoir of the Craft

Master storyteller that he is, Stephen King was gracious enough to admit that a writer tends to dread the moment when he actually begins writing any piece―this can be a bit of a make-or-break kind of a situation. A flying start tends to set the tone of the work, all positive, of course, whereas an unsure start only leads to the doomed path of redrafts.

You may have the entire concept of your story or essay in mind, but when it comes to the actual act of putting pen to paper, the enthusiasm tends to deflate a little. A rather strange phenomenon, this, and it wouldn’t be wrong to say that most writers, at some point, have encountered this experience.

To our fellow budding writers, we’re offering a helping hand by providing a few sample starts to get that creativity rolling, followed by a little inspiration from the stalwarts of the business.

Fiction writing is a boundless category, and each author has his preferred style of beginning a story or a novel. It is obvious that the beginning of a story depends on the overall plot, but there are times when you can use all the inspiration you need to get the start you were looking for. Therefore, we’ve included 5 ideas you can use in your starter, along with 3 examples for each.

► The warm Californian sunshine hit her face as she stepped outside for the first time as a free woman.

► It had been raining nonstop for the past six days.

► Daniel hated reunions and all the fake camaraderie.

► Edie Brent’s gruesome murder made it to the front page of the New York Times.

Talk about the city

► The streets of London come alive during the Holidays.

► Springtime is the best time to be in New York.

► Rio de Janeiro was where his dreams were.

► Walking home in the dead of the night was not new to Carol, but tonight felt different.

► The key clicked in the lock as Alan opened the door to his apartment. Everything seemed to be in place, and yet, something wasn’t right.

► It was 3 a. m. and there was no sign of Tim. He always called to tell if he was getting late. Why hadn’t he called?

► How do you react when you’re told that you have a mere hours left to live?

► Prom queen and head cheerleader, Jessica always loved to be the center of attention.

► “Get the hell out of my life!”, screamed Karen at the top of her lungs.

Middle school and high school students have to draft varied writing assignments, including persuasive essays, arguments, and narratives. In case of essays, particularly, the kind of start you make depends entirely on the topic at hand. However, formal essays or presentations need to begin in a certain manner. We’ve listed a few examples here:

► (The topic) has fostered a debate on …

► There is growing support for the notion that …

► The data gathered in the study strongly suggests that …

► The focus of discussion in this paper is …

► The premise of (the topic) seems to be based on …

► Latest research corroborates the view that …

Learn from the Greats

Who doesn’t seek inspiration from the masters of the field? Agreed, we all do. Therefore, we’ve brought you a list of the first sentences of some of the most iconic novels ever written.

It is a truth universally acknowledged, that a single man in possession of a good fortune, must be in want of a wife.
― Jane Austen, Pride and Prejudice

All happy families are alike; each unhappy family is unhappy in its own way.
― Leo Tolstoy, Anna Karenina

It was a bright cold day in April, and the clocks were striking thirteen.
― George Orwell, Nineteen Eighty-Four

Mr and Mrs Dursley, of number four, Privet Drive, were proud to say that they were perfectly normal, thank you very much.
― J. K. Rowling, Harry Potter and the Philosopher’s Stone

It was inevitable: the scent of bitter almonds always reminded him of the fate of unrequited love.
― Gabriel Garcia Marquez, Love in the Time of Cholera

These sample sentence starters ought to have helped you get over your dry spell. Getting the right start is crucial when it comes to creative writing, and you need to give it your all to bring it up to standard.