A Look at the Evolution of Popular Gothic Literature

Gothic tales of mystery, suspense, and terror include elements pertaining to both horror and romance. Through books and films, Gothic genre continues to terrify its audience in spite of branching out into several sub-genres. The article hereby gives a detailed account of the origin and development of Gothic literature.

Home / Uncategorized / A Look at the Evolution of Popular Gothic Literature 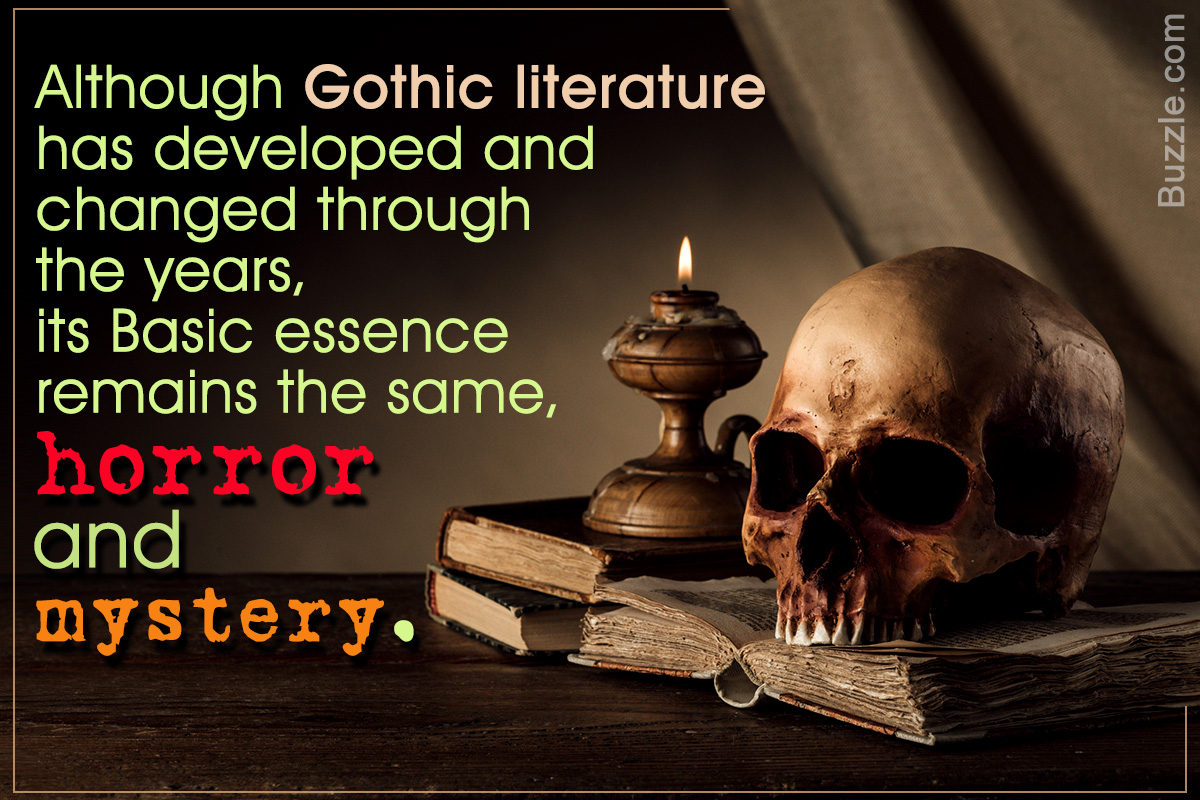 Gothic tales of mystery, suspense, and terror include elements pertaining to both horror and romance. Through books and films, Gothic genre continues to terrify its audience in spite of branching out into several sub-genres. The article hereby gives a detailed account of the origin and development of Gothic literature.

Gothic culture has always drawn attention in terms of various aspects related to music, fashion, and its unique style of writing. Amongst the many facets, Gothic literature is globally famous due to the distinct gloomy and dark nature associated with it. This literature has even influenced other different genres of writing styles.

There are certain prominent traits about this literature that sets it apart from the rest even today. Here is an in-depth look at some interesting facts about the same.

The Beginning
The word goth has its roots in the name of a German tribe called the Goths. The term Gothic was later used during medieval times in the field of architecture for the construction of buildings with pointed arches and vaults. Gothic literature is closely related with Victorian Gothic, or Gothic Revival architectural movement of the same era. The ruined buildings during the medieval times were a strong source of inspiration for writers with even the castles being named with a reference to the architectural style. Thus, setting the novel in a Gothic building helped authors to assemble the emotions of awe, despair, fear, isolation, and suspense in an easier manner. The first form of Gothic literature began in the year 1764 when Horace Walpole published his novel The Castle of Otranto. The novel, often considered as the first novel of Gothic romance, makes use of the medieval Gothic architectural styles and design. A typical Gothic novel has the following elements:

The 18th Century
The 18th century marked the beginning of the Gothic era. During the Romantic era, many Gothic romance-based novels were published. As aforementioned, back then, the Gothic novels were marked by prominent sounds and smell, along with a strikingly horror and terrorizing environment. Horace Walpole through his novel The Castle of Otranto initiated a trend of bringing together a setting of mystery and suspense, trapdoors, ancient prophecies, and beautiful heroines.

Taking a cue from this setting, Ann Radcliffe in her novels, A Sicilian Romance (1790), The Mysteries of Udolpho (1794), and The Italian (1797) introduced detailed explanation of the supernatural setting. She is also widely credited for making the archetypal Gothic villain ever so popular.

What followed was the publication of The Monk (1796) written by Matthew Lewis who was inspired by Radcliffe’s writings. This book talks about the distrust towards Catholicism and the darker sides of Catholic monks. An anti-Catholic approach, black magic, and Satanism were also an integral part of Gothic literature during this time.

However, in the article On the Supernatural in Poetry, Radcliffe stated that while her novels were described as “novels of terror”, Lewis’ work inclined more towards the horror genre.

Around the same time, “black novel” — variants of Gothic genre — gained popularity in France, while “shudder novel” did the same in Germany. Both the genres were more gruesome and gory than the English Gothic novels.

The 19th Century
The early part of the 19th century witnessed development of the famous monster Frankenstein through Mary Shelley’s novel Frankenstein; or, The Modern Prometheus (1818) and is believed to be the first science novel. Polidori’s The Vampyre (1819) introduced the character of a vampire, which is popular even today. Charles Maturin in 1820 wrote Melmoth the Wanderer, and is stated by the critics as the last published work of traditional Gothic genre.

The later half of the 19th century was characterized by a slow decline of dominance of the traditional Gothic genre. Talented author Edgar Allan Poe rose to fame with his own modern reinterpretation of the Gothic genre. He was thoroughly influenced by the Byronic Romanticism which was apparent in his work The Fall of the House of Usher (1839) and The Oval Portrait (1842). This romanticism was also seen in the writings of Emily Brontë’s Wuthering Heights (1847). The fiction work by Brontë sisters is considered by the critics as one of the finest examples of the Female Gothic literature. This included explaining the supernatural presence logically and the position of women in the society, which was under the firm control of male antagonists. Also, the female protagonist’s ordeal was described while overcoming situations, which might include supernatural terror, or their internal conflict with the male-dominated society.

The authors began writing on innovating concepts of modern Gothic romance and tragedies, and incorporating the Gothic essence matching to that of the modern era and urban setting. This is evident in the Charles Dickens’ works, which includes Oliver Twist (1837-1838).

The urban Gothic era was highlighted by Strange Case of Dr Jekyll and Mr Hyde (1886) by Robert Louis Stevenson, The Picture of Dorian Gray (1891) by Oscar Wilde, and Dracula, which gave birth to the most popular Gothic villain — Count Dracula, created by Bram Stoker in 1897. In spite of the modern influence, the writers often set the premises in faraway, or fictional lands, which the readers had never visited before, as it was during the traditional Gothic era. For example, The Castle of Otranto takes the readers to Italy reigned by the Catholic church during the medieval ages, and Dracula takes them to Transylvania, Romania, which is full of aloof and suspicious people.

From the 20th Century
Tales of horror and mystery surged in popularity having the traditional Gothic influence but prominently written to suit the current age. Various variants in Gothic romances were developed by the writers Phyllis A. Whitney, Barbara Michaels, Joan Aiken, Victoria Holt, Mary Stewart, and many more. The modern Gothic romances were women-centric and were written mostly by female authors; one such example is Daphne du Maurier’s Rebecca (1938), which is a world-renowned modern classic of Gothic genre.

Today, ghosts and spirits have been increasingly replaced by immortal protagonists and supernatural beings, such as vampires, werewolves, demons, witches, and the like. The modern Gothic romances give a more elaborated account of the background of the place where the story is set, the moods of the people, along with the introduction of more characters and room for romance. The terror aspect has been transformed from being extremely dangerous to a mystery-like approach, which lingers throughout the novel.

Gothic literature is popular among people of all ages although it has developed and changed significantly through the years. The basic essence of this form of writing still remains in two things — horror and mystery. 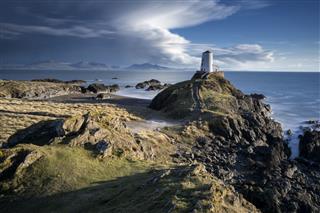 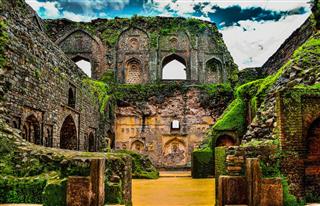 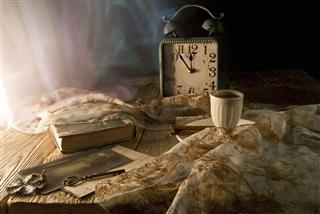 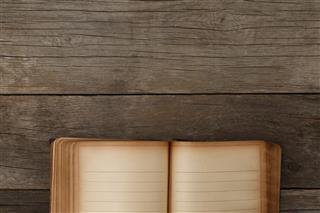 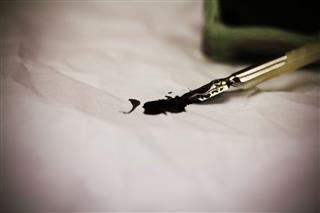 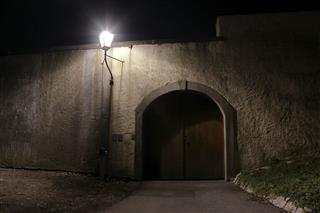 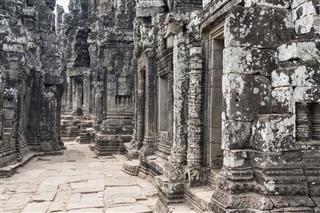