Little Pearls of Wisdom: A Jumbo List of Idiom Examples

When it comes to speaking, I'm in a soup. Not to forget I can't keep a straight face but hey, that's my style of talking. If you are wondering what's this all about, you'd better brace yourself with some idioms to go further.

When it comes to speaking, I’m in a soup. Not to forget I can’t keep a straight face but hey, that’s my style of talking. If you are wondering what’s this all about, you’d better brace yourself with some idioms to go further. 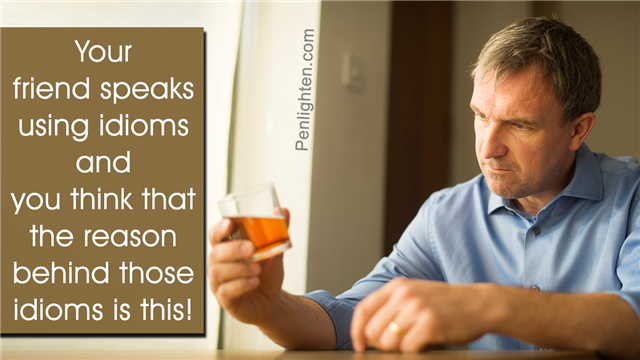 English as we know, is rather a funny language, you can say things in a few words, like I do most of the time, or you can stretch your sentences till everyone is exhausted. You can twist the words however you want, for you have the freedom of choosing your words. After all, language is a word play and to make it even more interesting we have idioms, phrases and proverbs.

A normal speaker of English or any other language for that matter, is well acquainted with the idioms that are a part of that language. Well, idioms are nothing but special features or unusual phrases that have an implied meaning. They are figurative words and are used as common and everyday expressions. Take for example, you decide to take a walk in the park and all of a sudden there’s a downpour, you are sure to exclaim, it’s raining cats and dogs! Well, it literally doesn’t mean that cats and dogs are falling out of the sky but refers to the heavy downpour.

All Bark and No Bite

Talking To A Brick Wall

Cool As A Cucumber

Blow Your Own Trumpet/Toot Your Own Horn

Head In The Clouds

Stick Your Head In The Sand

Cat Got Your Tongue

Two Peas in a Pod

Apple of My Eye

Barking Up The Wrong Tree

Stab In The Back

Burn The Candle At Both Ends

Take It With A Pinch of Salt

In The Nick Of Time

Read Between the Lines

Keep Eye On The Ball

Bring The House Down

Bite Off More Than You Can Chew

With those idiom examples, I am sure you know how and when to use them in English. The next time you come across these idioms or find the need to use them, keep in mind their meanings and make sure you use them in right contexts.