List of Sherlock Holmes Novels and Books in Chronological Order

Sherlock Holmes is a world-famous fictional detective. His cases have gained countless fans, and still remains popular. Here is a list of all the titles written by Sir Arthur Conan Doyle in the Sherlock Holmes book series. 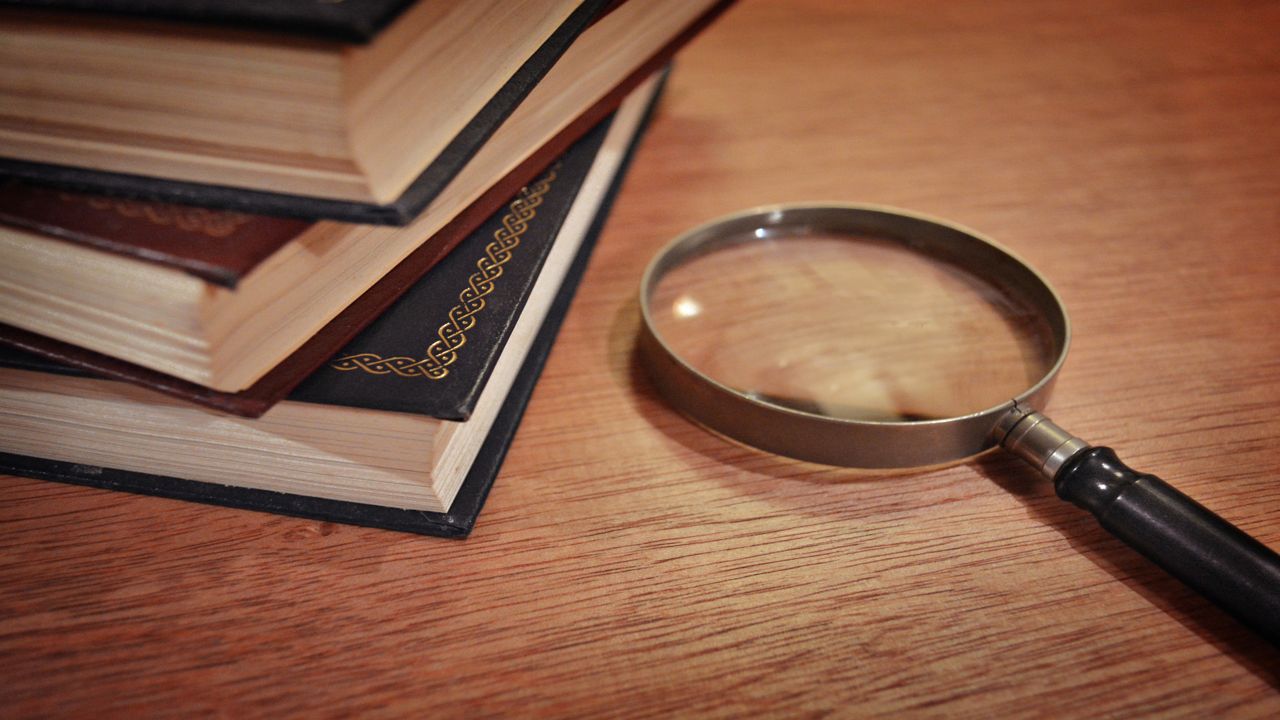 Sherlock Holmes is a world-famous fictional detective. His cases have gained countless fans, and still remains popular. Here is a list of all the titles written by Sir Arthur Conan Doyle in the Sherlock Holmes book series.

The famous phrase “Elementary, my dear Watson”, so deeply and irrevocably associated with Sherlock Holmes, is never actually uttered by Sherlock Holmes in any of the books!

Who doesn’t know Sherlock Holmes? His fascinating mind, his address, his idiosyncrasies―everything has been imprinted on the minds of his global fanbase.

Sir Arthur Conan Doyle made this super-sleuth a global hit through 4 novels and 56 short stories. The books were published from 1891 to 1927 and depicted a period from 1881 to 1914, the start of the First World War. He became so popular that Conan Doyle, who had killed off the popular but tiring character, was forced by fan requests to bring him back to life.

Here is a list of the books written by Sir Arthur Conan Doyle starring his brilliant and neurotic detective.

“You say that we go round the sun. If we went round the moon it would not make a pennyworth of difference to me or to my work.”

“To a great mind, nothing is little.”

The novel that introduced the soon-to-be-famous detective to the unsuspecting world, A Study in Scarlet  described the hunt for a murderer who was out for revenge for the death of his love. Though this description sounds like a Hollywood thriller, Holmes fans will argue that Study  is more thrilling. Describing Dr. John Watson’s fortuitous (both for himself and for us readers) encounter with Sherlock Holmes, the novel goes on to describe Watson’s bewilderment at Holmes’ detached, robotic personality, and bedazzling mind.

“When you have eliminated the impossible whatever remains, however improbable, must be the truth.”

“I have a curious constitution. I never remember feeling tired by work, though idleness exhausts me completely.”

One of the most famous cases involving this super-sleuth, the second title in the Sherlock Holmes book series is The Sign of Four.  It has a complicated storyline ranging from the Andaman Islands in India to the wharves of London, and from a one-legged thief to a chest full of precious jewels. This book is notable for introducing Mary Morstan, Dr. Watson’s future wife.

“You see, but you do not observe.”

“Depend upon it, there is nothing so unnatural as the commonplace.”

‘A Scandal in Bohemia’ is notable for the only literary involvement of Irene Adler, or as Holmes fans would recognize her, The Woman. This story is the only one where Holmes’ failure to solve a case is documented (although he later admits to having been defeated four times, as a passing reference).

“Any truth is better than indefinite doubt.”

“To underestimate oneself is as much an exaggeration of one’s powers than the other.”

This short story collection was actually supposed to be the end of Sherlock Holmes. ‘The Final Problem’, the last story in this collection, culminated in both Holmes and Moriarty falling down the Reichenbach Falls, presumably to their death. Memoirs  contained the following stories:

Memoirs  is notable for containing two stories, ‘The Adventure of the Gloria Scott ‘ and ‘The Adventure of the Musgrave Ritual’, that are presented in the form of a story within a story. They are presented as Holmes describing the two cases, which took place before he met Watson, in the first person, with just a small introduction from Watson. ‘The Adventure of the Gloria Scott ‘ is also notable as chronologically being the very first case where Sherlock Holmes used his methods to solve a crime. He was a college student at the time of the case, and encouraging remarks about his ability from the victim in the case led to Sherlock considering making a living as a detective.

“The world is full of obvious things which nobody by any chance ever observes.”

“That which is clearly known hath less terror than that which is but hinted at and guessed.”

One of the most widely read and well-known stories in the Sherlock Holmes canon, The Hound of the Baskervilles  is the third novel in the series. It described a supposedly supernatural curse on the Baskervilles, and the ultimately human machination behind it.

“I assure you, my good Lestrade, that I have an excellent reason for everything that I do.”

“Work is the best antidote to sorrow, my dear Watson.”

Having intended to kill off Sherlock Holmes in ‘The Final Problem’, Conan Doyle was flooded with letters from fans requesting that he bring their favorite detective back to life. Obliging, though not entirely happily, Conan Doyle brought Holmes back from the dead, ‘retconning’ the story of his death-defying adventure in the first story in Return. This collection contained the followed stories:

“The old wheel turns, and the same spoke comes up. It’s all been done before, and will be again.”

“Mediocrity knows nothing higher than itself; but talent instantly recognizes genius.”

The last novel in the Sherlock Holmes canon, The Valley of Fear  deals with a band of outlaws looking to get even with the detective who had infiltrated their ranks and decimated them. This case has the anomaly of having the involvement of Professor Moriarty, but being set before ‘The Final Problem’, in which Watson confesses to never having heard of Moriarty.

“Education never ends, Watson. It is a series of lessons, with the greatest for the last.”

His incredible untidiness, his addiction to music at strange hours, his occasional revolver practice within doors, his weird and often malodorous scientific experiments, and the atmosphere of violence and danger which hung around him made him the very worst tenant in London. – Dr. Watson describing Sherlock Holmes

The story ‘The Adventure of Wisteria Lodge’ is notable for being the only story in the Holmes canon to have an official crime solver equally competent as Holmes. Inspector Baynes, the crime solver in question, receives high praise from Sherlock, an honor never bestowed on Inspectors Lestrade or Gregson.

‘His Last Bow’ is Arthur Conan Doyle’s first attempt at a ‘spy mystery’ (and one of the very first in the genre), and is consequently riddled with errors that no spy would make. For instance, Holmes reveals his identity at the end of the story, a feature vital to murder mysteries (the ‘dénouement’), but fatal to the plot of a spy mystery. The story is also notable for being narrated in the third person instead of the usual narration from Dr. Watson. Set in 1914, it is chronologically the last Sherlock Holmes story.

“When once your point of view is changed, the very thing which was so damning becomes a clue to the truth.”

“If you had killed Watson, you would not have got out of this room alive.”

Published ten years after The Last Bow, Case-Book is comfortably the last Sherlock Holmes book ever published. It contains the following stories: