Literary Minimalism: A Brief Overview of Why Less in More

Regardless of a reader's belief whether 'Less is more' or 'Less is Less', the concept of minimalism is what it is - Less. That spark of minimalist literature is vibrant to this day almost everywhere we see. Ironic how something so vehemently (and unjustly) looked down upon in its early days, sews itself into the very fabric of culture.

Home / Uncategorized / Literary Minimalism: A Brief Overview of Why Less in More 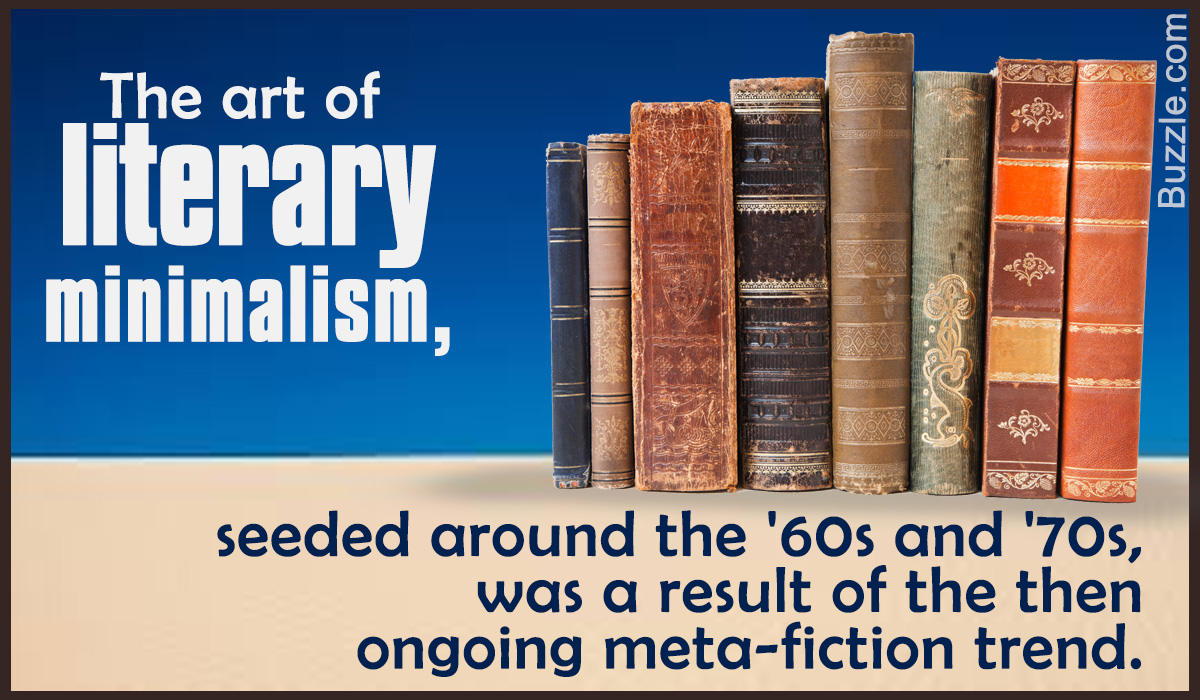 Regardless of a reader’s belief whether ‘Less is more’ or ‘Less is Less’, the concept of minimalism is what it is – Less. That spark of minimalist literature is vibrant to this day almost everywhere we see. Ironic how something so vehemently (and unjustly) looked down upon in its early days, sews itself into the very fabric of culture.

You have all the haiku on one side, like this one by Matsuo Basho:

“The summer grasses:
of mighty warlords’ visions
all that they have left.”

And you also have the famous one-word imagery poem by Aram Saroyan:

The word describes itself. Minimalism, in essence, is describing the most, in the least words possible. The art of literary minimalism seeded around 1960s and 1970s, a result of the then ongoing meta-fiction trend. There are some beliefs that minimalism in prose was actually initiated by the 1940s crime-fiction writers like James M. Cain, the writings of whom were imbued with the least of words and yet put forth a description of many. However, literary minimalism was brought to center-stage (this is the general agreement by most, if not all) through the guiding hands of authors such as Ernest Hemingway (his collection of short-stories and works earlier than the 70s), Raymond Carver, Ann Beattie and many more around the 1970s.

Almost the entirety of the concept of literary minimalism can be explained through the words of Ernest Hemingway – “If a writer of prose knows enough of what he is writing about, he may omit things that he knows and the reader, if the writer is writing truly enough, will have a feeling of those things as strongly as though the writer had stated them. The dignity of movement of an iceberg is due to only one-eighth of it being above water. A writer who omits things because he does not know them only makes hollow places in his writing.” (Death in the Afternoon).

What Defines a Minimalist Work?

Over time, several factors came into play to compile a rulebook of sorts to describe what it took for a work of words to be classified as ‘minimal’. The most prominent among them are:

To put it blandly, minimalism in literature can be defined by some as putting words on auto-pilot, still allowing the passengers to admire the view that they themselves end up creating. Any details (or filling up of details) left by the writer is the responsibility of the reader. All this is done without the author withholding complete release of the tale to the readers, steering it towards the climax, thus giving it the readability and attraction needed.

They will tell you that literary minimalism was not a ‘movement’, rather a style of writing that slowly paved its way into the limelight and in time became known globally at the end of the 70s. Literary minimalism, if you check the records, has been an evergreen shooting range for many critics throughout time. The strongest attack yet was John Aldridge’s Talents and Technicians: Literary Chic and the New Assembly-Line Fiction. The very name tells you what he thinks, comparing minimalist works to the productions of an Assembly-Line, demarcating all the minimalist works into unoriginal, superficial and uninspiring. Indeed, such is the effect of critics that authors Raymond Carver and Frederick Barthelme disapproved their works to be linked to the word ‘minimalist’ itself. What the world described it as devalued the form of writing, Raymond Carver, in an interview with the Paris Review, stated: ‘There’s something about ‘minimalist’ that smacks of smallness of vision and execution that I don’t like.’ Most authors did in fact feel the same way – they adhered to the principles of minimalism, without adoration for the word itself.

An example of such writing would be like this:

Unabridged – I yearned for a break, so I stood up and walked over to the coffee machine. Grabbing a cup of coffee, I walked back to my desk, to find out that someone had turned on the fan above my desk.

Minimalist – I took a coffee break. Walking back to my desk, I heard the fan.
Here, the emotion of yearning has been toned down to almost nothing as the character simply ‘takes a break’. Turning on the fan can be written as ‘hearing the fan’. This relies on the reader’s sense of logic, as hearing the fan will be related to it being turned on.

A simple example of minimalist poetry is one by George Swede:

Or how about this one by Adam Gable:

balloon!!!
Hold on tight to your

In the end, literary minimalism found its way to a lot of things we see or hear today, whether it is a rock song or a TV commercial. As long as people possess the need for reduction, we will find, glance upon and create, the art that is literary minimalism.