Literary Quotes About The Inspiration and Allure of Paris

Home / Uncategorized / Literary Quotes About The Inspiration and Allure of Paris

Paris is known as the city where love blooms. It also happens to be a city that has inspired artists from all backgrounds and mediums. It’s specifically known for its incredible history of housing authors that have made an impact on the world of literacy.

It’s no surprise that Paris has also inspired some incredible quotes from novels, both old and new. If you’re a fan of this iconic French city, the following quotes might genuinely resonate with you. If we don’t mention your favorite, be sure to drop it in the comments and let us know.

Keep reading for some of our favorite quotes about Paris.

Hemingway spent a lot of time in Paris while covering WWII. Not surprisingly, the city made a lasting impact on him as a writer. He wrote one of the most popular quotes about the city.

“If you are lucky enough to have lived in Paris as a young man, then wherever you go for the rest of your life, it stays with you, for Paris is a moveable feast.”

The Shadow of the Wind, Carlos Ruiz

“Paris is the only city in the world where starving to death is still considered an art.”

Interview with the Vampire, Anne Rice

Anne Rice captures the mythical history of Paris in many of her novels. But this, more than any, stands out.

“Paris was a universe whole and entire unto herself, hollowed and fashioned by history; so she seemed in this age of Napoleon III with her towering buildings, her massive cathedrals, her grand boulevards and ancient winding medieval streets–as vast and indestructible as nature itself. All was embraced by her, by her volatile and enchanted populace thronging the galleries, the theaters, the cafes, giving birth over and over to genius and sanctity, philosophy and war, frivolity and the finest art; so it seemed that if all the world outside her were to sink into darkness, what was fine, what was beautiful, what was essential might there still come to its finest flower.”

Have you wondered why writers flock to Paris for inspiration? Payne captures it in this passage.

Paris, My Sweet: A Year in the City of Light

And even now, authors find inspiration for novels all over the brilliant city.

“I guess it goes to show that you just never know where life will take you. You search for answers. You wonder what it all means. You stumble, and you soar. And, if you’re lucky, you make it to Paris for a while.”

When it comes to Paris, what are some of your favorite quotes?

The Most Romantic Quotes Ever Written 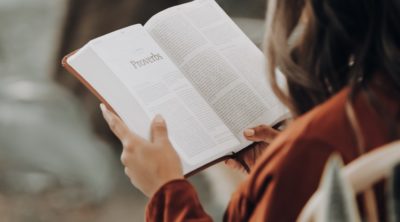 6 Famous Quotes From Prolific Authors of Our Time