Mix it Up, Make it Different: Metathesis Explained With Examples

Metathesis refers to the rearranging of words or sounds in a sentence, i.e., words/sounds that appear in a particular order are flipped/reversed to form another related word form. This Penlighten post explains metathesis with examples.

Home / Uncategorized / Mix it Up, Make it Different: Metathesis Explained With Examples 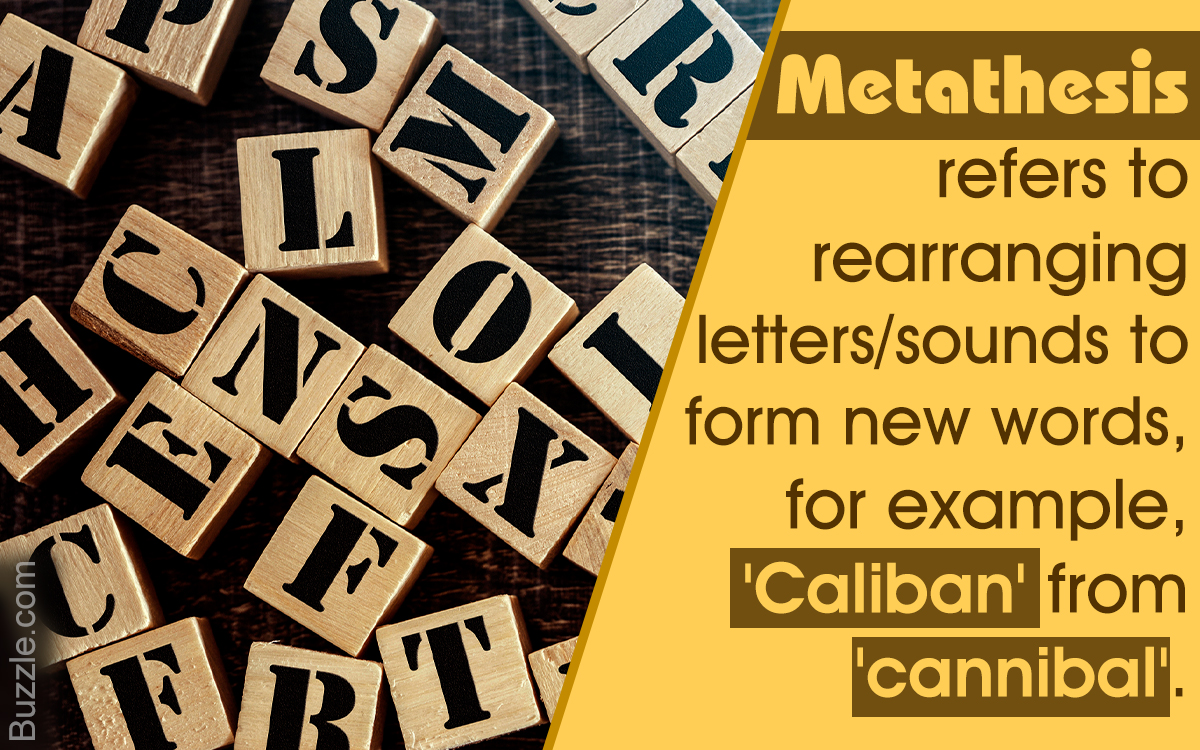 Metathesis refers to the rearranging of words or sounds in a sentence, i.e., words/sounds that appear in a particular order are flipped/reversed to form another related word form. This Penlighten post explains metathesis with examples.

The Origin
The word ‘metathesis’ has a Classical Greek origin. It takes root from metatithenai, which means, ‘to put in a different order’.

Language consists of specific areas of study―the main ones include syntax, pragmatics, phonetics, semantics, morphology, phonology, semiotics, discourse analysis, and stylistics. Every one of these sub-categories encompass a huge array of knowledge that helps create the structure and format of a language.

Phonetics is an area that involves working with the properties of sounds, i.e., the way words sound, while phonology focuses on the study of sounds with respect to the meanings in the speaker’s mind. Metathesis is a study that focuses on the changing of sounds/syllables, and consequently, the word. In the paragraphs below, we will try to understand more about metathesis with the help of different examples.

The Concept
Examples
Example I

The word ‘ask’ is one of the most common and controversial examples of metathesis in the English language. The original word is an Old English verb, called ‘áscian’. Overtime, the verb underwent metathesis to form ‘ask’, now mispronounced and spoken of as ‘aks’.

The word ‘foliage’ was originally from a Latin root, called ‘folium’, meaning, leaf. Undergoing metathesis, the word later changed to ‘foillage’, which later became ‘foliage’. The same process took place in the French language, when the word ‘foille’ became ‘feuille’, and later, ‘foliage’.

Metathesis is a fascinating theory in linguistics. The concept of reversing sounds and syllables to form new words is amazingly enthralling. And of course, there is no end to it. The study of language, like every significant other, welcomes periodic additions. Metathesis is also popularly used in a figure of speech. Newer sounds, newer words, newer syntax―there is a vast sea of knowledge out there.