Prepositions bear a great deal of significance in English grammar. They aid in proper construction of sentences and make them grammatically correct. Check out these list of prepositional phrases in this article. 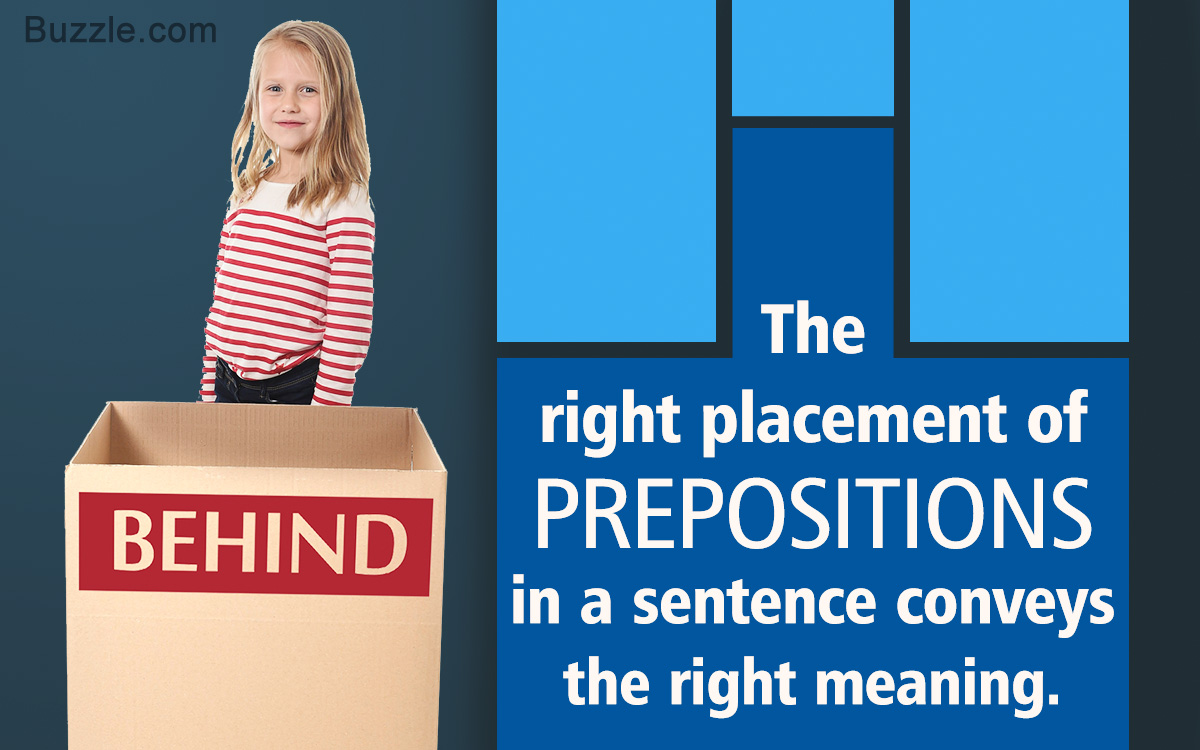 Prepositions bear a great deal of significance in English grammar. They aid in proper construction of sentences and make them grammatically correct. Check out these list of prepositional phrases in this article.

Prepositional phrases can be made up of single, double or triple words. The most important aspect of a prepositional phrase is its placement. A grammatically correct sentence conveying the desired meaning can be structured by choosing the right preposition and using it appropriately.

Before embedding prepositions in sentences, you ought to know how prepositions function. They can function as adjectives, adverbs, verbs and nominals. Check out the following sentences to know the correct usage of prepositions.

When prepositions function as adjectives, they play the role of modifying the nouns. For example: look at the girl with golden hair. In this sentence, the preposition, with, placed just before the adjective, golden, functions to modify the noun, hair.

When prepositional phrases function as adverbs, they modify the verbs. For example: the tiger runs after the rabbit. In this sentence, the preposition, after, modifies the verb, runs.

There are some words that function as nouns, but they are not actually nouns. Such words are called nominals in English grammar and they function as nominals when they are placed before prepositional phrases. Prepositional phrases can also be used in conjunction with a verb. For example: the school is next to the park. In this sentence, next to is the preposition, that acts as nominal. Another example is, the melodrama is before the last scene, shows that the preposition, before, is in conjunction with the verb.

I hope the aforementioned lists have definitely helped you in understanding correct usage of prepositions within sentences. Wrong prepositions can change the entire meaning of sentences and can lead to incorrect grammatical sentences. We end the article with a small passage.

The old building stood for years, after the renovation, by the river bank, beyond the road, over the new bridge, at the end of the farming land, towards the estuary, down the low valley, under the new town, outside the city and past the end of the country road.