Structure of a Balanced Sentence Explained With Easy Examples

Everything requires balance, and so does grammar. This Penlighten post attempts to explain a literary term known as a balanced sentence, and its structure. You will also find numerous examples that explain the concept better, in this article. 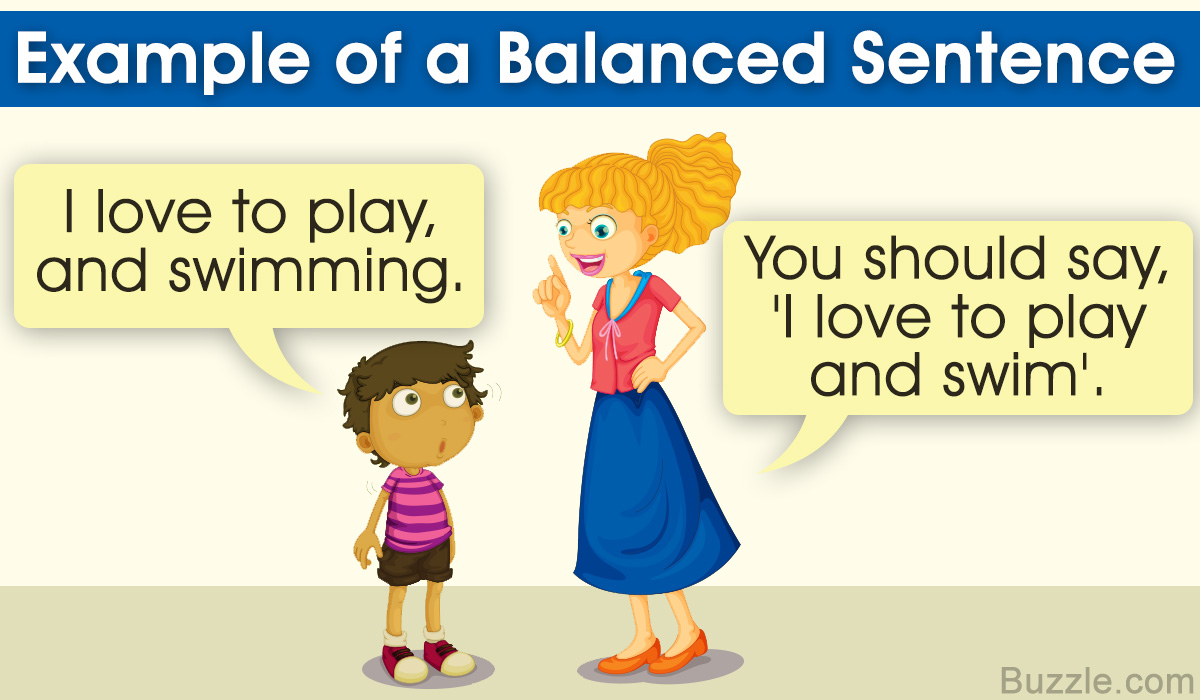 Everything requires balance, and so does grammar. This Penlighten post attempts to explain a literary term known as a balanced sentence, and its structure. You will also find numerous examples that explain the concept better, in this article.

Here is an example of an unbalanced sentence. The first two words are nouns, while the last one is not.

We want candidates who are disciplined, sincere, and work hard.

We can balance it as follows.

We want candidates who are disciplined, sincere, and hardworking.

A balanced sentence is one where two parts which are equal in length, importance, and structure are used to make the sentence. It generally consists of two clauses, which have equal grammatical weight or importance. They are either separated from each by a semicolon or connecting words like ‘and’, ‘but’, ‘or’, etc. These words bring symmetry to the statement, making its parts equal. If a sentence has multiple parts, they must all be similar to each other. This means that to write a balanced sentence, you should use the same form for all words, i.e., all nouns or all adjectives, etc.

Examples of Balanced Sentences in Literature

Example 1. Linda is intelligent, pretty, and has sincerity. (The first two attributes are adjectives while the last is a verb.)

Example 2. Sam has strength, integrity, and is very courageous.(The first two attributes are nouns while the last is an adjective.)

Example 3. I love to play, dance, and watching movies.(The first two attributes are similar to each other. The last, however, doesn’t match.)

Balanced – I love to play, dance, and watch movies.

You must have learned parallel lines in math and art classes in school, where you draw two lines, one below the other, maintaining the same distance between them. It is similar in grammar, except that you don’t write two sentences one below the other. Parallel sentences are those where all the parts have the same structure throughout. It is particularly important while making lists. All the items must be similar to each other. Check out a few examples.

Example 1. She went to the dry cleaners, visited the department store, and went to the bank. (Here, the second part does not match the other two. Let’s see the balanced form.)

Balanced – She went to the dry cleaners, to the department store, and to the bank.

Example 2. Your activities for the day are –
To mow the backyard
Shoveling snow from the porch
Raking the entire ground (The first object in the list is an infinitive, while the others are not. Now there are two ways to balance this sentence.)

Option 1. Your activities for the day are –
Mowing the backyard
Shoveling snow from the porch
Raking the entire ground

Option 2. Your activities for the day are –
To mow the backyard
To shovel snow from the porch
To rake the entire ground

Example 3. My itinerary includes the following:
Visit Jacques at Headquarters
Inspecting the Paris offices
Signing the documents of the merger (This can again be balanced in two ways. They are as follows.)

Option 1. My itinerary includes the following:
Visiting Jacques at Headquarters
Inspecting the Paris offices
Signing the documents of the merger

Option 2. My itinerary includes the following:
Visit Jacques at Headquarters
Inspect the Paris offices
Sign the documents of the merger

Sometimes, a balanced sentence also makes use of antithesis. It means that two or more parts that are opposite in meaning, but equal in importance and structure, are used to make up a sentence. These are also known as contrasting sentences.

Example 1. I cannot love him, but I cannot hate him either.

Example 2. These shoes look great at night, but not so good in the daylight.

Some More Examples of Balanced Sentences

The teacher was censured because he hit the student.

For her to breathe properly again, she needs to expectorate the mucus blocking her airways.

If the doctor finds a lump on palpation, then he may conduct a biopsy.

He is an excellent swimmer and a very good dancer.

As John took a leave without permission, he was censured by his employer.

He received adulation for his work; his parents received praises for raising a noble boy.

The child was asked to paint the trees, stick some flowers, and cut grass out of paper.

As my mom has contracted bronchitis, taking tablets helps expectorate her cough.

The corrupt official was censured and was also fined for his actions.

I want to shop in Milan and find love in Paris.

It is important for you to expectorate the mucus so that we can test it.

She is a brilliant fashion designer, and also a talented jewelry creator.

She enjoyed the adulation, but worried about failing.

First palpate her pulse, and then we will decide what to do.

She disliked receiving adulation for her work; she preferred to work in the background.

And Here Are Some Popular Ones

‘It was the best of times; it was the worst of times.’ ~ Charles Dickens, A Tale of Two Cities

‘… that government of the people, by the people, for the people, shall not perish from the earth.’ ~ Abraham Lincoln, Gettysburg speech

‘When the going gets tough, the tough get going.’ ~ John F. Kennedy

‘We are not satisfied, and we will not be satisfied until justice rolls down like waters and righteousness like a mighty stream.’ ~ Martin Luther King, Jr.

‘A sentence is made up of words, a statement is made in words.’ ~ J.L. Austin

These were some popular examples of balanced sentences. We use these every single day without even realizing. Now the next time you hear a sentence that sounds off, you will know that it’s unbalanced and then you can correct it in front of the speaker!