Polysyndeton: Understanding Its Proper Use Through Famous Examples

Polysyndeton is a stylistic device that is often used in prose and poetry to provide additional dramatic effect. This Penlighten post simplifies its usage by listing out the various examples in literature, movies, songs, etc.

Home / Uncategorized / Polysyndeton: Understanding Its Proper Use Through Famous Examples 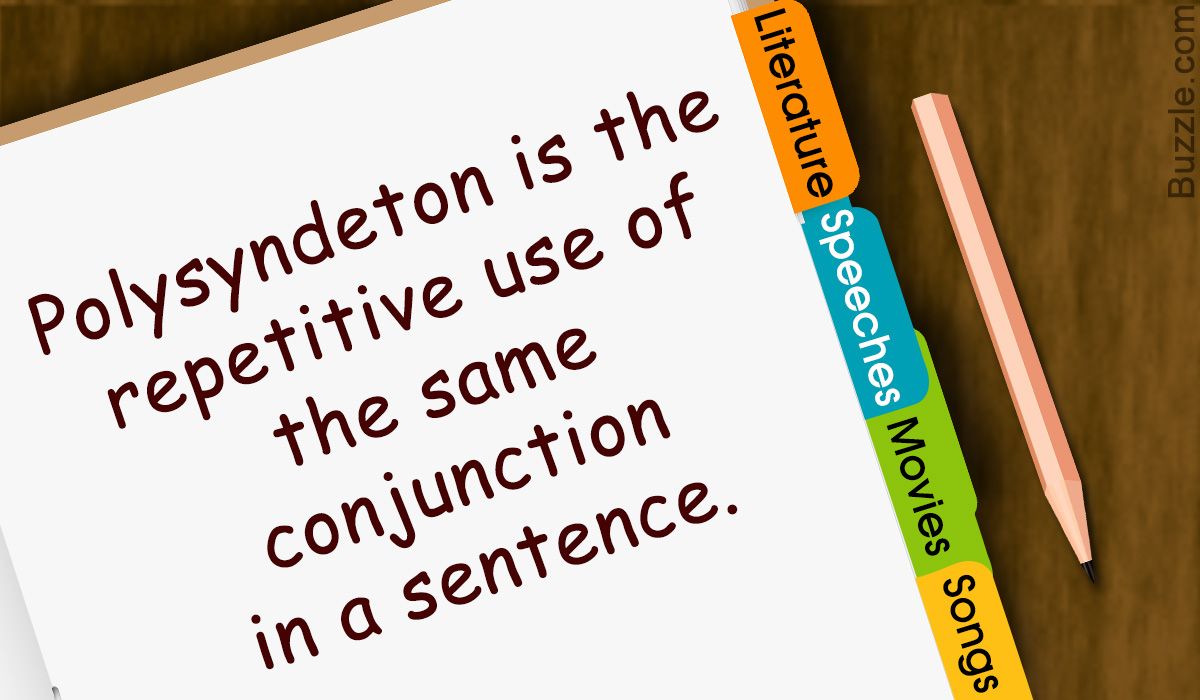 Polysyndeton is a stylistic device that is often used in prose and poetry to provide additional dramatic effect. This Penlighten post simplifies its usage by listing out the various examples in literature, movies, songs, etc. 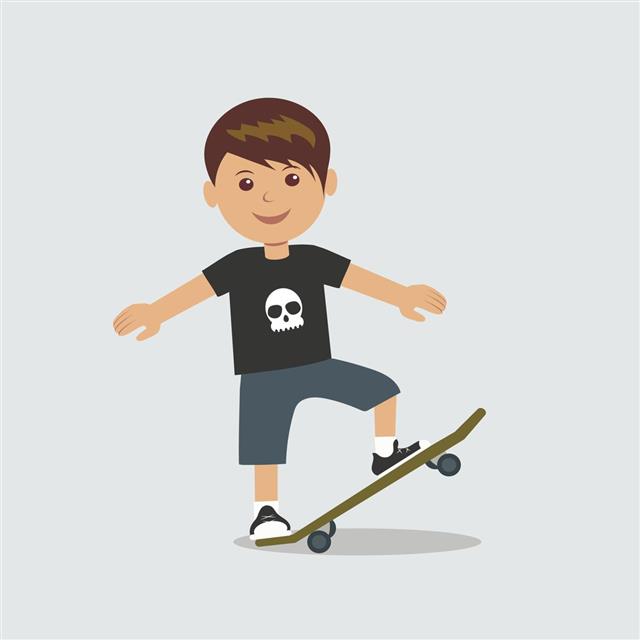 The term “polysyndeton” comes from the Greek word polusundeton which means “bound together”.

Polysyndeton is a figure of speech, in which a series or list of words, phrases, or clauses are linked with conjunctions like “and”, “or”, “but”, and “nor”. It is employed to achieve an artistic effect in poetry or literature. The purpose of polysyndeton is slowing the pace of the prose, conveying solemnity, or exhibiting ecstasy or childishness. Mostly, in a sentence, the phrase after “and” is given more importance. However, the use of polysyndeton ensures equal importance to all the elements. The tempo and continuity generated due to its use gives a very dramatic effect.

Difference Between Polysyndeton and Asyndeton

The term “asyndeton” comes from the Greek word asundeton which means unconnected. Polysyndeton is often confused with asyndeton. Although both literary devices are used for the same purpose (managing a long series of words), they are exactly opposite. While polysyndeton includes the usage of conjunctions after every word, the conjunctions are replaced with commas in an asyndeton. It is used to speed up the rhythm of the words, and create an impact on the readers.

An example of asyndeton is, “He tried to betray you, to cheat you, to deceive you.”

They lived and laughed and loved and left.
― James Joyce, Finnegans Wake

I got into my old rags and my sugar-hogshead again, and was free and satisfied.
― Mark Twain, The Adventures of Huckleberry Finn

There was a low rumbling of heavy sea-boots among the benches, and a still slighter shuffling of women’s shoes, and all was quiet again, and every eye on the preacher.
― Herman Melville, Moby-Dick

We shall live from day to day, and put more locks on the doors, and get a fine fierce dog when the fine fierce bitch next door has pups, and hold on to our handbags more tenaciously; and the beauty of the trees by night, and the raptures of lovers under the stars, these things we shall forego.
― Alan Paton, Cry, the Beloved Country

If there be cords, or knives, or poison, or fire, or suffocating streams, I’ll not endure it.
― Shakespeare, Othello

Your love says, like an honest gentleman, and a courteous, and a kind, and a handsome, and, I warrant, a virtuous-where is your mother?
― Shakespeare, Romeo and Juliet

And if a beachhead of cooperation may push back the jungle of suspicion, let both sides join in creating a new endeavor, not a new balance of power, but a new world of law, where the strong are just, and the weak secure, and the peace preserved.
― Inaugural Address of President John F. Kennedy

It’s got awesome security. And the right apps. It’s got everything from Cocoa, and the graphics, and it’s got core animation built in, and it’s got the audio and video that OSX is famous for. It’s got all the stuff we want.
― Steve Jobs, Macworld 2007 Keynote Address

Executives, producers, the directors, my fellow actors out there, we’ve giggled through love scenes, we’ve punched, and cried, and spit, and vomited, and blown snot all over one another …
― Jodie Foster at the Golden Globes

We must change that deleterious environment of the ’80s. That environment which was characterized by greed and hatred and selfishness and mega mergers, and debt overhang.
― Barbara Jordan, 1992 Democratic National Convention Keynote Address

In years gone by, there were in every community men and women who spoke the language of duty and morality and loyalty and obligation.
― William F. Buckley

Is it that you just don’t dare to deal with real experience … with the things that really go on in real life? Like grief, and betrayal, and love, and unhappiness, and loss … the loss of people we love.
― David Hare, Wetherby

Oh, my piglets, we are the origins of war―not history’s forces, nor the times, nor justice, nor the lack of it, nor causes, nor religions, nor ideas, nor kinds of government, nor any other thing. We are the killers. We breed wars.
― Katharine Hepburn, The Lion in Winter

Well, sometimes I go out by myself, and I look across the water, and I think of all the things, what you’re doing, and in my head I paint a picture.
― Amy Winehouse, Valerie

And I know that we can be so amazing, and being in your life is gonna change me, and now I can see every single possibility, and someday I know it’ll all turn out, and I’ll work to work it out, promise you kid I’ll give more than I get.
― Michael Buble, Haven’t Met You Yet

So I bare my skin, and I count my sins, and I close my eyes, and I take it in, and I’m bleeding out …
― Imagine Dragons, I’m Bleeding Out

And every living substance was destroyed which was upon the face of the ground, both man, and cattle, and the creeping things, and the fowl of the heaven; and they were destroyed from the earth: and Noah only remained alive, and they that were with him in the ark.
― Genesis 7:23 (KJV)

But you will receive power when the Holy Spirit has come upon you, and you will be my witnesses in Jerusalem and in all Judea and Samaria, and to the end of the earth.
― Acts 1:8 (ESV)

Polysyndeton is widely used while giving speeches. When used well, it creates a lasting impact on the listeners and makes the speech unforgettable.