Transferred epithet is a figure of speech that is taught early on in school, and is used by everyone in their daily lives. This Penlighten post attempts to explain this popular literary term. 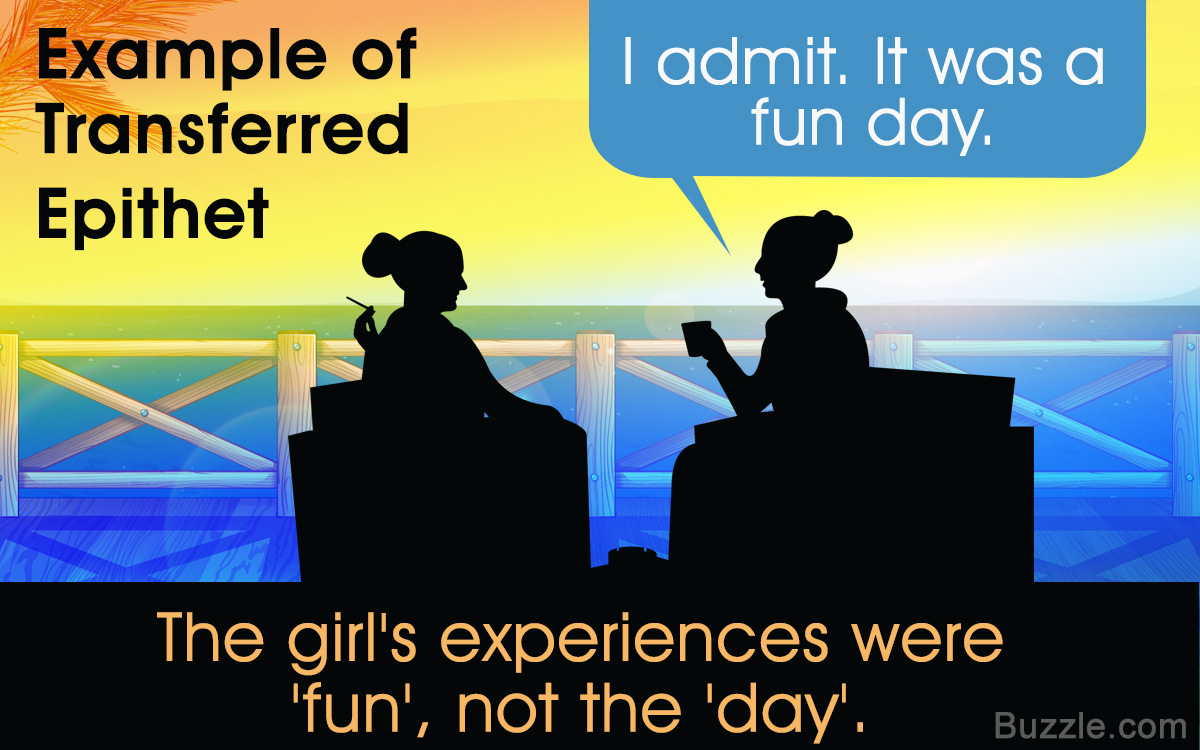 Transferred epithet is a figure of speech that is taught early on in school, and is used by everyone in their daily lives. This Penlighten post attempts to explain this popular literary term.

An epithet is defined as a word that is commonly used to describe something or someone. In common language, it is like assigning a common quality to a group (some may call it ‘labeling’). It is also used as a derogatory term, for example, racial or discriminatory epithets. However, in literature, a transferred epithet means transferring a modifier to change the structure of a sentence, but not its meaning.

A transferred epithet is a figure of speech wherein an adverb or adjective is transferred from a noun to which it belongs, to a noun with which it fits only grammatically, but not logically or practically. An epithet is defined as an adverb or adjective (or a phrase including either), which changes or modifies any noun. We use this figure of speech in our lives every day without even realizing it. For instance, you must have said, on so many occasions, “I have had such a wonderful day!”. This is an example of a transferred epithet, because the ‘day’ was not wonderful, but the experiences that you had that day made you feel wonderful. The feeling of wonderfulness has been transferred from you to the day. The same would go for another common phrase, “I had a sleepless night”. Here again, the night was not sleepless, you were.

This literary term is also called a hypallage. A hypallage can also mean a rhetoric or inversion, but in this case, it is referred to as a transferred epithet. This figure of speech can be used to give a poetic effect to a text. It enhances the effect that a sentence can have on the reader, and gives a certain ring to it. For instance, saying ‘It was a dreamless night’ certainly sounds better than ‘I did not have any dreams last night’.

Transferred epithet is commonly confused with another, almost similar figure of speech, known as personification. However, there is some basic difference between the two. A transferred epithet, as explained above, is the transfer of a modifier from one noun to another. A personification, on the other hand, means assigning the quality of a living being, such as actions, speech, or emotions, to an inanimate object.

The following are some examples.

Transferred epithet
✦ The plowman plods a long and weary way.
✦ She gave him a knowing smile.

Transferred epithet (hypallage) has been widely used in poetry, and is found in many ancient Greek and Latin texts. Some examples of the same are listed below.

fatal shore – Lord Ullin’s daughter dies as her boat capsizes on leaving the shore. Thus, it is the boat journey that is fatal, but this outcome has been transferred to the shore.

winged sounds of whirling – The wings are making the whirling sound. The word wings has been transferred from whirling to sounds.

anger of the guns – The soldiers are angry, using the guns to kill their enemy. This can also be a personification, where the quality of anger is given to the guns.

It Came Upon the Midnight Clear, by Edmund Hamilton Sears

glad and golden hours – This symbolizes the happy times spent by a person, which have been transferred to ‘time’.

angry crown of kings – It is the crowned kings who are angry. This is also a personification, where the crowns are given the quality of anger.

jocund company – It is the poet who is feeling happy or jocund, not the daffodils. But he transfers this feeling to them.

These are some popular examples of transferred epithet in literature, and many more, that we use in our everyday lives.

“Even just the bewildering minute counts; you have to give yourself up.” – T.S. Elliot

“…. rubs everything that can be rubbed, until it shines, like her own honest forehead, with perpetual friction.” – Charles Dickens, David Copperfield

“As I sat in the bath tub, soaping a meditative foot and singing, if I remember correctly, ‘Pale Hands I Loved Beside the Shalimar,’…” – P.G. Wodehouse, Jeeves and the Feudal Spirit

“… may be completely destroyed in that second’s instant of a careless match, between the moment of striking and the moment when the striker might have sprung and stamped it out.” – William Faulkner, Golden Land

They are both stuck in an unhappy marriage.

His outfit was inviting bewildered stares.

It was the most boring party.

It was such a difficult exam.

She made an unsuccessful attempt at writing.

That was a very intrusive question.

It was such a dull movie.

They have a very honest friendship.

That was a cruel prank.

The award for an all-round performance goes to…

Don’t give such silly answers.

She looked at him through concerned eyes.

Don’t lean over such a terrifying height.

There are numerous examples of this figure of speech found in our daily lives, and the list can go on and on. A transferred epithet is not very difficult to spot, and it surely gives any piece of text a literary and poetic twist, which is why it can be called an artistic term.