Unique Last Name Ideas for Fictional Characters of Your Book

Flipping through phone books is the easiest way to coin innovative and unique names for fictional characters. But when that fails, writers need a subtle creative push to find a name that actually fits the characters. We're providing that push in the form of this Buzzle post. 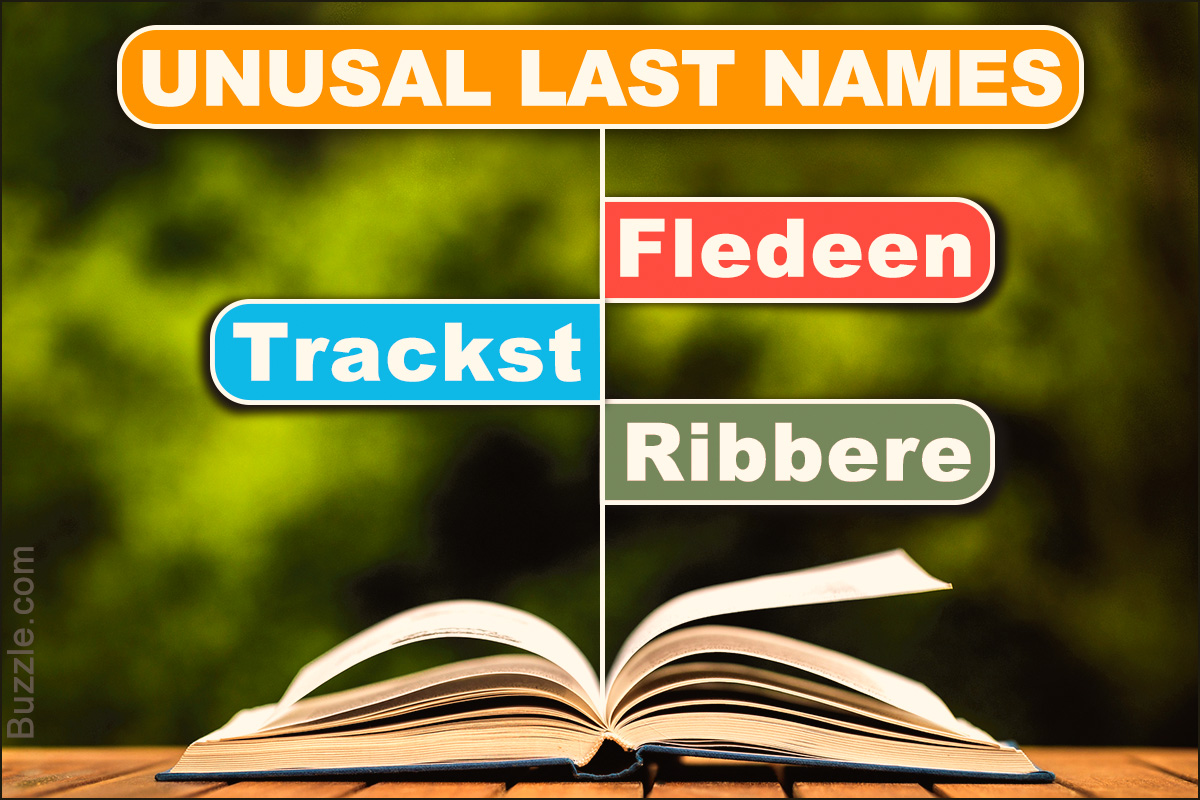 Flipping through phone books is the easiest way to coin innovative and unique names for fictional characters. But when that fails, writers need a subtle creative push to find a name that actually fits the characters. We’re providing that push in the form of this Buzzle post.

Most of those who claimed to have pronounced Miss Granger’s first name correctly while reading the first Harry Potter novel were clearly lying. Author J. K. Rowling wanted as unique a name possible for this strong female character, which indeed was like no other. And she clearly succeeded. Several readers got the pronunciation right only after they watched the movie version of the novel.

With due respect to William Shakespeare, there’s a lot to a name, especially when it’s a fictional character being considered. Writers may have no trouble etching fanciful story-lines set in exotic locales, but may fumble with the comparatively wearisome work of naming each character appropriately. There are a lot of considerations to be kept in mind in this regard―the character’s qualities, background, the setting and culture of the story, and then of course you, the writer, needs to like it.

We’re listing a few dos and don’t of naming fictional characters―some of these are meant to be warnings, while others should provide some inspiration.

Pick names that confirm with the genre and era

Modern or vintage? Romance? Comedy? Fantasy? There are so many aspects that define a piece of fiction. Writers devote a lot of time towards molding their story-line so that it remains consistently in accord with its theme and era. Equal attention is warranted by character names. Aptly named characters manage to lend that extra bit of credibility to the story, since the author has devoted that much time towards research.

So, where does one find these age- and era-appropriate names? Well, certain small-time public libraries tend to stock local high school yearbooks that are decades old. Skimming through these should give you definite ideas of authentic names belonging to a specific era. As you go back into history, it gets slightly easier as certain names (such as Victoria and Elizabeth, or George and John) were far too common in those times.

Try to discover the origin of the name

If you’ve read Dan Brown’s Angels & Demons, you ought to remember how he backed up the antagonist’s name by providing a short account of its etymological origins? Hassassin was the name of that character, derived from Hashashin of Hassan Ibn Sabbah, the notorious killer of the medieval era. While modern stories do not require names which are as dramatic, a well-thought name might be used to impart certain qualities to the character. Let’s take Hermione Granger from the Harry Potter Series, for instance. Author J. K. Rowling certainly gave a lot of thought before naming her after a character from Shakespeare’s A Winter’s Tale. The erudite name suited the nose-in-the-air character she was.

Be consistent with other names

Don’t focus all your energies solely on naming the main characters and doing a ‘John-Jane’ job with the rest. Supporting characters are also an integral part of the story-line as the mains, so let their names be consistent with the theme and era.

Go for names that roll off the tongue

Going overboard with the exoticness won’t do any good either. Pick a name that is memorable, but isn’t too tongue-twisting. As far as possible, use a name that does not have difficult accents, unless the story absolutely demands it. For good measure, set up a scene where the pronunciation can be defined so that it becomes easier for the reader.

Now, all of this may seem a bit too much because the real focus is meant to stay on the story. However, readers do complain about having to research pronunciations, as it can be a bit weary if you’ve got some out-of-this-world extraordinary names in there.

Leave out the middle name for good

Naming criminals can be amusing, and writers usually and subconsciously tend to name them by drawing inspiration from any villains or bullies they encountered in their own lives. It can get a touch weird if your novel happens to catch on, and the said character decides to take offense to the way he/she has been depicted. Steer clear of such controversies, and try not to get too detailed with names, lest you land up upsetting someone with exactly the same initials.

And despite everything else, if you still draw a blank, here are a few random suggestions to get your imagination going.

Here are a few last names that can be swapped with the names mentioned above.