What are the Tough Languages to Learn?

Learning foreign languages are the need of the hour. However, students who need to choose one are often faced with some tough decisions and need to know that following are the hardest languages to learn.

Home / Uncategorized / What are the Tough Languages to Learn? 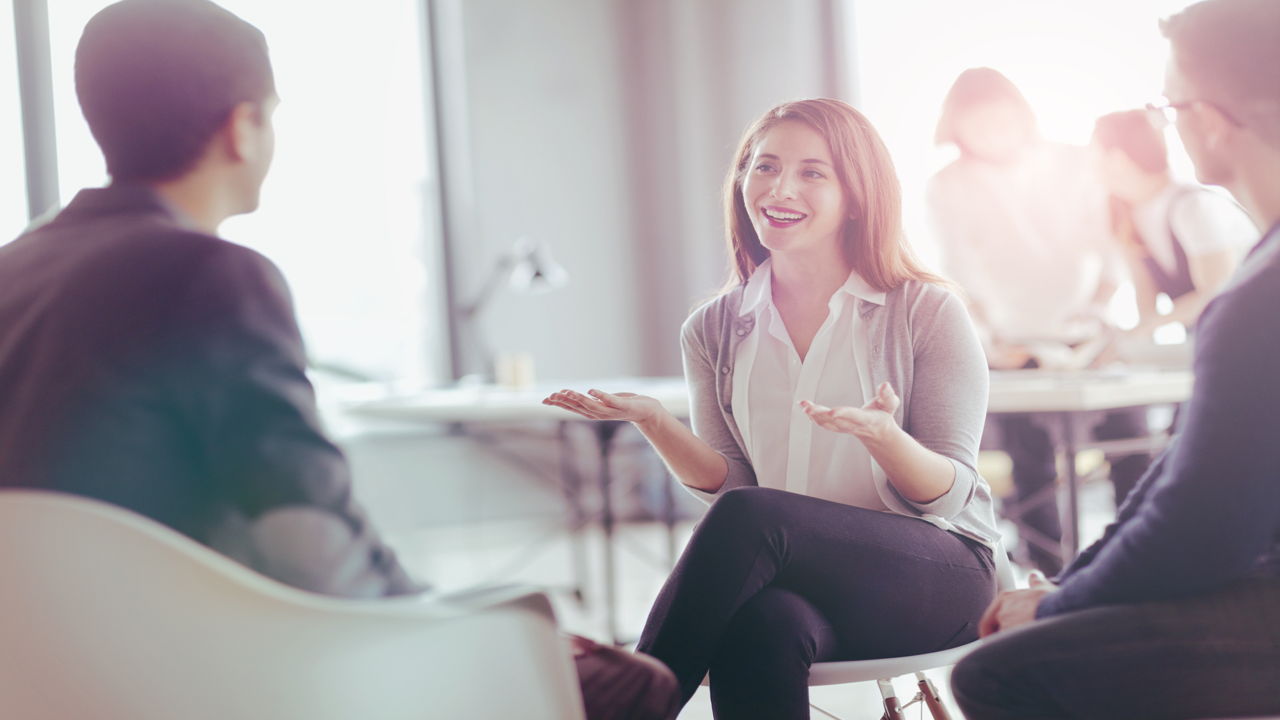 Learning foreign languages are the need of the hour. However, students who need to choose one are often faced with some tough decisions and need to know that following are the hardest languages to learn.

Languages have been the mode of communication ever since the existence of mankind. What probably began as a way of conveying danger and expressing needs, soon became definitions of everything around. So much so that, language defined everything under and beyond the sun.

Man and the language(s) have evolved hand in hand. In the present day, we find learning more languages a necessity. Let’s be honest, being bilingual is not an option. Jobs or/and education demand us to learn as many foreign languages as we can. For those who learn these languages, certain languages are considered as the hardest to learn especially for those who have studied in English or Spanish vernacular.

Arabic is the official language of around 26 countries, making it the 3rd most common language after English and French. It has strict grammar which is divided into 5 vast and traditional areas of study―al-luga, i.e., lexicon, at-tasrif, i.e., morphology, an-nahw, i.e., syntax, al-istiqaq, i.e., derivation, and al-balaga, i.e., rhetoric.

The order of the sentence varies as well, in which the verb is placed before the subject, while the adjective follows the noun. The language has two verbal voices: passive and active. Though both are spelled in the same way, conversations are carried on in passive voice; however, this is not in writing. The inflection of words is influenced by the tone, which changes the meaning of words. Furthermore, there are 12 forms of personal pronouns, which denote feminine or masculine speakers, singular, dual, plural, modern Arabic, formal Arabic, etc., while written Arabic has fewer vowels that make it difficult to learn.

Back to Index
Chinese

Unlike any of the other languages, the meaning of Chinese words changes as per the tone of the word, making it a tonal language. Thousands of characters further complicate the writing system. To make the language even more complicated, it has around 50,000 characters, of which you are required to know around 2,000 only to read the newspaper. This language is further split into two main subcategories, Cantonese and Mandarin.

Cantonese is an incredibly popular Sino-Tibetan language. The placement of words in a Cantonese Chinese sentence can vary to the extremes, which becomes extremely difficult for students to speak to the natives. While the sentence has subject-verb object, prominence is given to the subject or object that needs more prominence in the sentence. The words, however, often do not have a gender, time, number, etc. But words, viz., markers, particles, and adverbs are used to give the context a definitive form. Cantonese Chinese varies from Mandarin in many ways, where the subject follows the object, making the sentence indirect.

Mandarin language thrives on politeness. You will hear people referring to each other as aunt or uncle, and you too would be expected to do the same. It is a sign of respect to be considered as a part of their family. Mandarin does not use tenses or time. However, it gives prominence to topics or the subject matter in the sentence. A combination of markers marks single syllables and changes the entire meaning of the sentence. The entire meaning of the sentence can be changed by the change in a single syllable.

Back to Index
Estonian

Estonian language is a Uralic language, meaning it hails from the Ural mountains. It is closely related to Finnish and Hungarian language. However, it is written in Runes and Latin script, which gives it some more similar alphabets, viz., Z, A, U, S, and two forms of Os.

The language has two distinct dialects, that of the north and south of the country. The Northern dialect is called kirderanniku, and it is vastly used.

The language has many vowel phonemes, which have 9 distinct sounds called phonemic monophthongs. It also has 36 diphthongs, of which 26 are from native Estonian language. While speaking, the language stresses more on the first syllable. Also, neither the nouns, nor pronouns take a grammatical gender and carry a neutral tone.

Back to Index
Finnish

Finnish too hails from Estonia and has two forms: spoken and standard. The language uses personal pronouns to refer to human beings, but isn’t used for animal or inanimate objects, or the first, second, and third singular and plural. The language is gender neutral, and even the pronouns do not distinguish the gender.

The language has extremely complicated grammar laced with endless derivative suffixes and extensive modifiers to nouns, verbs, pronouns, numerals, and adjectives, modified as per their roles in the sentence.

Back to Index
Georgian

The language has a split verb system, which is polypersonal and ergativity. There are several pronunciations in the language, giving certain words and sentences their distinct rhythm, stress, and intonations. It also contains harmonic clusters, i.e., combining two consonants with each other will look pronounced together. This leaves certain phrases without a vowel.

Back to Index
Hungarian

Hungarian language has 6 verb tenses, 14 vowel phonemes, and 25 consonant phonemes. Stress is mostly given to the first syllable of the word, though there are very few exceptions to this rule.

Though there are several dialects for Hungarian, the Csango dialect is the hardest to understand.

Back to Index
Japanese

Japanese is written in three different scripts, each using different alphabets. When Latin alphabets are used while writing Japanese, it is known as Romaji. However, there are three forms of Japanese language, which are Hiragana, Katakana, and Kanji. Kanji was borrowed from Chinese, and it literally means Chinese character, whereas Hiragana and Katakana are two syllabic scripts with 48 characters each. Like Chinese, Japanese students too have to memorize thousands of characters.

Back to Index
Korean

Korean language has a different syntax, verb conjugation, and sentence structure, making it immensely difficult to learn the language. The language follows a standard sentence form of subject-object verb. The verb is immovable and the element of a sentence. The verb comes in two forms, which are descriptive verbs and action verbs. Action verb refers to doing words, while descriptive ones are similar to adjectives.

Koreans too give high emphasis to politeness in conversation, thus, establishing the relationship between the speaker or writer and the listener and reader.

Back to Index
Mongolian

The Mongolian language uses vowel harmony, making it harmonious in nature; meaning, the vowels in a word and sentence affect each other.

There are 7 – 8 noun cases, 7 vowels, and certain vowels have punctuations, which make it more challenging to learn.

Back to Index
Thai

Thai has several dialects depending where you are placed in the country. The language itself is heavily influenced by other Thai languages, viz., Galung, Isan, Phu Thai, Phuan, Shan, Song, Thai Dam, etc. Each is considered as a variant of Thai language.

Bangkok Thai dialect is in a league of its own and varies as per the influence of a certain language. Standard Thai or Street Thai, Elegant Thai, Religious Thai, Royal Thai, and Rhetorical Thai are all common versions of the language heard on the streets today.

Back to Index
Turkish

There are around 83 million Turkish speakers around the world, 74 million of which are natives. It is the native language of Cyprus as well as Turkey. It is also the regional language of Macedonia and Kosovo. The language uses Latin alphabets and its variants to accommodate the Turkish language. The language has gone through rapid changes in the past century. However, Istanbul Turkish is considered as the official version of the Turkish language. As Turkish and English share little to no words or roots, it gets a little tough to learn this language.

This language does not consist of any feminine or masculine genders. However, it has two important forms, informal or sen and formal siz.

As for the sentence structure, it ends with a verb and requires suffixes according to the level of formality.

Back to Index
Vietnamese

Vietnamese is written and heavily influenced by the Chinese script and language. The language has 6 tones that denote several marks to letters, viz., acute accent, a hook, a tilde, a dot below the word, a grave accent, etc. Many words have the same letters, but the meaning and sound varies as per the accents of the word. For example, Ban bạn bán bàn bẩn means Friend Ban sells dirty tables. Thus, this language can be confusing and difficult for Westerners to learn.

The above-mentioned are some of the toughest languages to learn. There are other languages, viz., Greek, Hindi, Serbian, Hebrew, Polish, Russian, Dutch, Swedish, Afrikaans, Norwegian, Romanian, Italian, French, Spanish, and Portuguese that you could consider learning before trying your hand at the aforementioned hardest languages.