What Does the Quote ‘All is Fair in Love and War’ Really Mean?

You must have heard to phrase 'All is fair in love and war' dozens of times. But what does it really mean? Penlighten explores just that.

Home / Uncategorized / What Does the Quote ‘All is Fair in Love and War’ Really Mean?

You must have heard to phrase ‘All is fair in love and war’ dozens of times. But what does it really mean? Penlighten explores just that.

The Oxford Learner’s Dictionary defines the phrase ‘All’s fair in love and war’ as ‘(saying) in some situations any type of behavior is acceptable to get what you want’.

In other words, it can also be described as ‘an end to justify a means’, which means that if you win, then the way you won doesn’t really matter.

All is fair in love and war

‘All is fair in love and war’ basically means that there are no rules applicable in the game of love and in war. There is no room for fair play when a person is desperately trying to win the heart of someone he/she loves, or when a person is going in to war to face his enemies, kill them, and come back alive.

A soldier goes to war with the risk that he may not come back. However, all of us are self-preserving and find our life extremely precious. Therefore, it is natural for us to protect ourselves fiercely in the face of danger. To cite an example, under the law, a person is not prosecuted for killing another if the act was done in ‘self defense’. Likewise, a soldier who kills an enemy who is coming toward him with an intent to harm, is no different. The war aspect can be explained in this way.

As for love, doing all that you can to win the heart of the person of your dreams, and I mean all, is something that is accepted if it is true love. Lying, hiding the past, trying to set that person off against an already existing boyfriend/girlfriend, are all the tricks that anyone in love can try, and it is not looked down upon. Similarly, taking or giving some liberties to your better half also falls under this phrase, as these are a leeway that you would not give to anyone else. For example, calling up the guy’s best friend to know where they are, or throwing a tantrum over small things, or even verbally hitting where it hurts while fighting.

Extent of the ‘ALL’

There is a very thin line between what is acceptable under this phrase and what is not. Especially in the context of love, playing little tricks or sabotaging another person to win over the girl/boy of your dreams is okay, if and only if, it doesn’t cause any serious or permanent damage to that other.

For example: Lying to the girl you like that her boyfriend is cheating on her so that she’ll come to you may not be wrong, albeit the morality can be questioned here. However, going and beating up her boyfriend or tarnishing his reputation in society is wrong no matter what.

Similarly, a soldier accidentally killing an innocent civilian may be termed by some as collateral damage. But knowingly holding an innocent bystander at gun point to demand something from the enemy is wrong. This can also be used to explain the phrase ‘never hit a person when he is down’. Being unfair is okay only when there is some comparable competency in both the parties. Otherwise, it is like sending a huge army with automatic guns and tanks to take on a small village, or a football star trying to win over the heart of the prettiest girl in school by competing with a guy who isn’t that popular.

Origin of the phrase

This phrase is quite an ancient one, with its earliest known use made by poet John Lyly in novel ‘Euphues: The Anatomy of Wit’, where he uses the words, “Anye impietie may lawfully be committed in loue, which is lawlesse.” It is loosely translated as ‘the rules of fair play do not apply in love and war’.

The actual phrase was first seen in Francis Edward Smedley’s novel ‘Frank Fairleigh: Or, Scenes from the Life of a Private Pupil’ (1898). The lines go as follows –

“You opened the letter!” exclaimed I.
“In course I did; how was I to read it if I hadn’t? All’s fair in love and war, you know”.

It is believed that John Lyly actually coined this phrase. From then on, it has seen quite a few transitions, with different words being substituted and added to it. For example, ‘All is fair in love and war and an election year’!

The following are some examples of the usage of this phrase in popular literature, and also in everyday life.

“Love and war are all one . . . It is lawful to use sleights and stratagems to . . . attain the wished end.” ~ Miguel de Cervantes, Don Quixote

“In love and war, every stratagem is fair, they say.” ~ G.P.R. James, Smuggler

“Of course he called her. All is fair in love and war.”

“We didn’t cheat in the game. We just really wanted to win. All is fair in love and war you know.”

“She lied to Celia that Mark was cheating with another woman, just so she could steal him away. All is fair in love and war I guess.”

“I deserved that college seat more than he did. So what if I tweaked the test a little. All is fair in love and war, you know.”

“All is fair in love and war if the feelings are true.”

“Now baby, you know that I sure would grieve
If you were to ever leave me
I guess I’d have to find me someone new, yeah
Someone who’s a little bit prettier than you
Just to even up the score
‘Cause all is fair in love and war, hey yeah” ~ Ronnie Milsap

This was the meaning of the idiom ‘All is fair in love and war’. However, there are rules to the extent of the word ‘all’, as otherwise, people would do anything in the name of love and war. And so to avoid any harmful effects, we have laws. 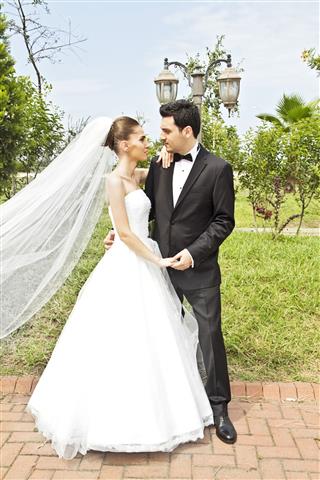 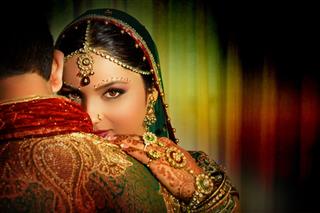