They call him the 'Father of Free Verse' and rightly so, because he changed the way poetry was dealt with, and brought his touch of humanism and love for his country into his work. We bring you the work of one of America's (and the globe's) most noted poets Walt Whitman, and the analysis of his poem 'I Hear America Singing'. 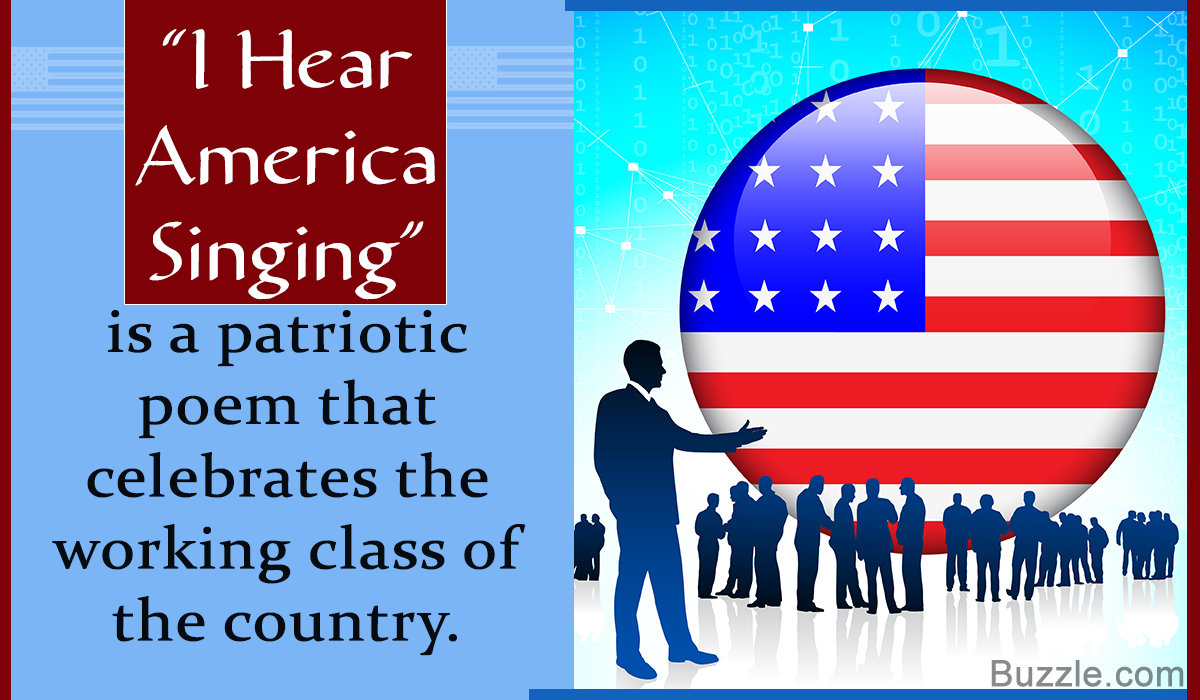 They call him the ‘Father of Free Verse’ and rightly so, because he changed the way poetry was dealt with, and brought his touch of humanism and love for his country into his work. We bring you the work of one of America’s (and the globe’s) most noted poets Walt Whitman, and the analysis of his poem ‘I Hear America Singing’.

Life on a Page

Walt Whitman’s work has cultural significance because he took his real-life experiences of what working class America was like during and after the Civil War, and projected them so delicately in his poems.

Back in the 19th century, when poets explored the Transcendental and Romantic styles of poetry, there entered a man who changed the way we read, understood, and enjoyed the art form. Walt Whitman is till date considered one of Western Canon’s (Works in the field of Arts and Literature that shaped the Western culture) most influential poets, and the Father of Free Verse. He focused on bringing the style of Realism into his work from a humanist’s point of view, ignored the traditional form and meter constraints of the time, and took the freedom to write in an easy, list-like narrative manner.

His work is both inspirational and controversial, but nonetheless an important part of literature across the globe. This article brings you the summary of his poem “I Hear America Singing”, along with a line-by-line analysis and an explanation of the literary devices used.

This is a patriotic poem that is narrated by a man who visits the different working classes of America and sees them sing as they work. This includes the carpenter and the mason, the boatman and the deckhand, the shoemaker and the hatter, the woodcutter and the ploughboy, a mother, a wife, and a seamstress. From the different people, we come to the conclusion that he focuses on the blue-collar laborers who are the foundation of America, and while each sings their own tune that only pertains to him or her, together their melodies combine to represent the great nation of America.

“I HEAR AMERICA SINGING” ANALYSIS: Breaking Down the Poem

Line 1- “I hear America singing, the varied carols I hear”

Whitman starts of the poem by stating, “I hear America singing”, suggesting that the people who he discusses in the lines to follow are not just individuals but part of something bigger. The use of the word “carols” given to the songs sung by the people, suggests that he gave the poem a more spiritual or religious touch.

Looking at the structure of the sentences, we notice that there is no specific rhyme, form, or meter to the poem, and is thus written in free verse. Going back to the words in these lines, we understand that he is showing his appreciation of the laborers of the nation, and how there is pride rather than despair in the work that they do to support themselves and that benefits the nation. The word “his” is used here to denote individuality and how each one takes ownership of himself. Rather than focusing on the white-collar of the nation, Whitman turns his attention to the average Joe of America – the common man, doing a blue-collar job. Back then, nobody ever focused on this group of the community, and that in itself was an accomplishment. But we are still unsure if it is too optimistic a portrayal, because life didn’t come easy back then, especially for the laborers.

Lines 6-8-“The shoemaker singing as he sits on his bench, the hatter singing as he stands, /The woodcutter’s song, the ploughboy’s on his way in the morning, or at noon intermission or at sundown, /The delicious singing of the mother, or of the young wife at work, or of the girl sewing or washing”

One of the major credits that can be given to Whitman is the incorporation of women in his poem. Back in those days, women still didn’t have the right to vote, and to give them a just and equal portrayal, along with appreciation for the work they do, is a noble and commendable act. It seems as if the people sing to keep themselves busy and distract themselves from the hard work that they partake in.

Lines 9-11-“Each singing what belongs to him or her and to none else, /The day what belongs to the day-at night the party of young fellows, robust, friendly, /Singing with open mouths their strong melodious songs.”

Whitman covers the different occupations to show that everybody has something that is unique to them but they are all equally important. He brought progression into his work with the inclusion of women. He also shows us that while the day was tinged with hard work, there was another side to the people that should be celebrated and noted, and this was the nighttime, when they still sang with conviction and happiness. This poem is in some ways a celebration of life through music. This may be a little left-of-center from the complete truth because, like we mentioned earlier, life for the working class was hard, and was not all happy and celebratory, and this may just have been Whitman’s way of showing appreciation for the people, because he was a part of the same community.

★ Working Class
Whitman glorified the lives of the laborers and focused on the common man who shed his blood and sweat to earn his livelihood but often went unnoticed. He has included both men and women, and has shown us a brighter side of their lives and how important they are to the nation. The poem also suggests that Whitman considers them to be the building blocks of America. 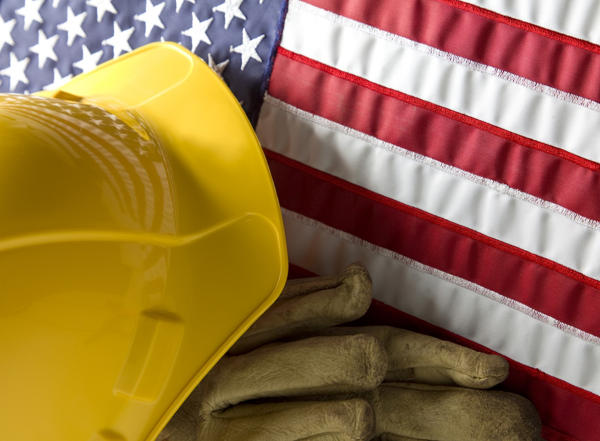 ★ Patriotic and Democratic Vision of America

Whitman loved his country and appreciated its culture and people. This is evident in all his works, including this poem. He focuses on people in a humanistic way and acknowledges their importance to the nation. He integrates different people into the one common thread of being “American” and thus promotes a democratic view. 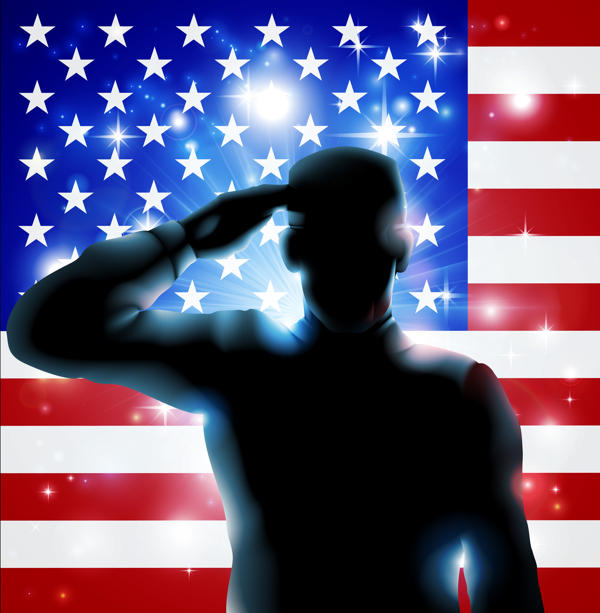 The singing by the people and the continuing theme of music and sound is central to this poem that is otherwise devoid of technical rhyming. 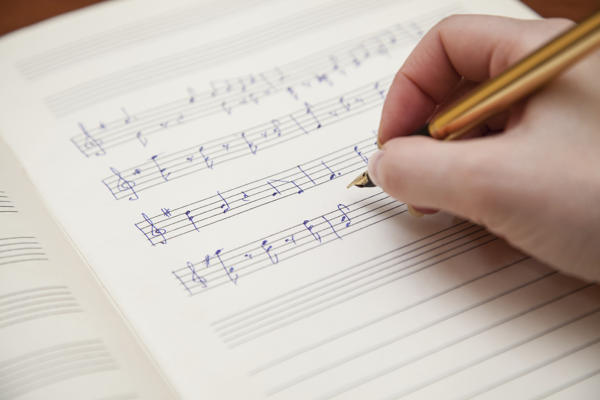 Although each person is individual in their own right, they are united by the common thread that is America, and while they each practice their own occupation, as a whole they represent their country and the blue-collar section of people. The act of singing also binds them together. 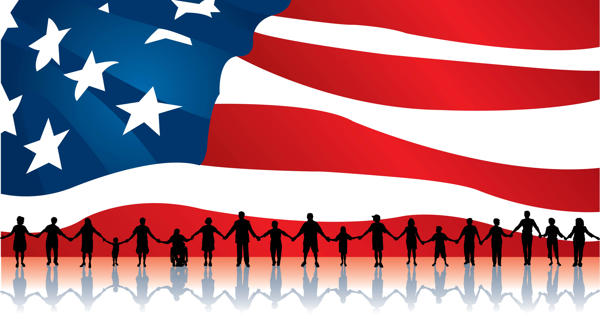 ★ Singing
The act of singing is representative of the service of the common man. It may also refer to the sounds that are emanated when they work.

★ Different People
The different classes of laborers, all united by their contribution to the country, and the act of singing in the poem represents democracy.

★ “His”
The word ‘his’ represents their individuality.

★ Lists
The layering of the different types of people and introducing them as a list, shows the diversity and democracy that is present in the nation. They are all given equal importance and presented in the same manner as the other.

★ Rhythm and Musicality
Whitman introduces musicality in his poem, that is otherwise missing any specific rhyming scheme, rhythm, or meter; by using repetition and anaphora while introducing the different people.

It is a type of repetition where words or phrases are repeated at the beginning of each sentence. Here, it is shown using “The” along with the respective professions, followed by “singing”. It is used to build the rhythm and cadence of the poem.

The characters or speakers that are generally portrayed in literature are usually presented with traits that are unlike its writer. But in this case, the speaker is a reflection of Whitman himself, who was patriotic as well as appreciative of his fellow countrymen and their efforts.

The title brings out the universality of music and the nation of America.

The poem is set in 19th Century America, and in locations that changed with the different laborers he portrayed. For example, the construction site where the carpenter and mason must be working, the dockyard where the boatman and deckhand were at work, the woodcutter and ploughboy who probably worked at a farm, the mother at home, the young wife at work, and the seamstress at her workshop.

★Assonance
This is another repetition, this time with the vowels that are the first letters of a word. It’s seen here with “O” in “on” and “or”, and “I” with “I”.

The word “hear” is used so that you can visualize the scenes that occur with the different people.

Singing is used to show the service of the countrymen.

Born on May 31, 1819, he is considered to be one of the most influential poets of the Western canon. In a period that revolved around Romanticism and structure, Whitman stepped outside the box and was integral in bringing humanism and realism to the forefront through his work. He was known to avoid the clichéd structure of form and meter that was used in poetry, and instead chose to write in free verse, which is seen in most of his works. He had great mastery of this technique, which earned him the title of “Father of the Free Verse”, even though he was not the one to invent it.

At the early age of 11, he learned the trade of printing and became a voracious reader. He founded several newspapers, has worked as a teacher, and a government worker, until he finally self-published his collection of poems titled “Leaves of Grass” in 1885, which received much praise from the renowned poet Ralph Waldo Emerson. He reworked and republished this a few times over the years and a collection that started out as a set of 12 poems turned into a library containing 400 poems in all. He is known for his controversial portrayal of sexuality in his work, but is nonetheless viewed with much respect even today.

He has also devoted his time to the people as a nurse during the Civil War. Walt Whitman died on March 26, 1892 of bronchial pneumonia.

These are some of the most memorable childhood books