Are you confused about the usage of the words, empathy and sympathy? The use of the word empathy versus the use of the word sympathy has been a cause of mistake for several speakers of the language. This article tries to explain the meaning of these words and helps you understand how to use the words properly. 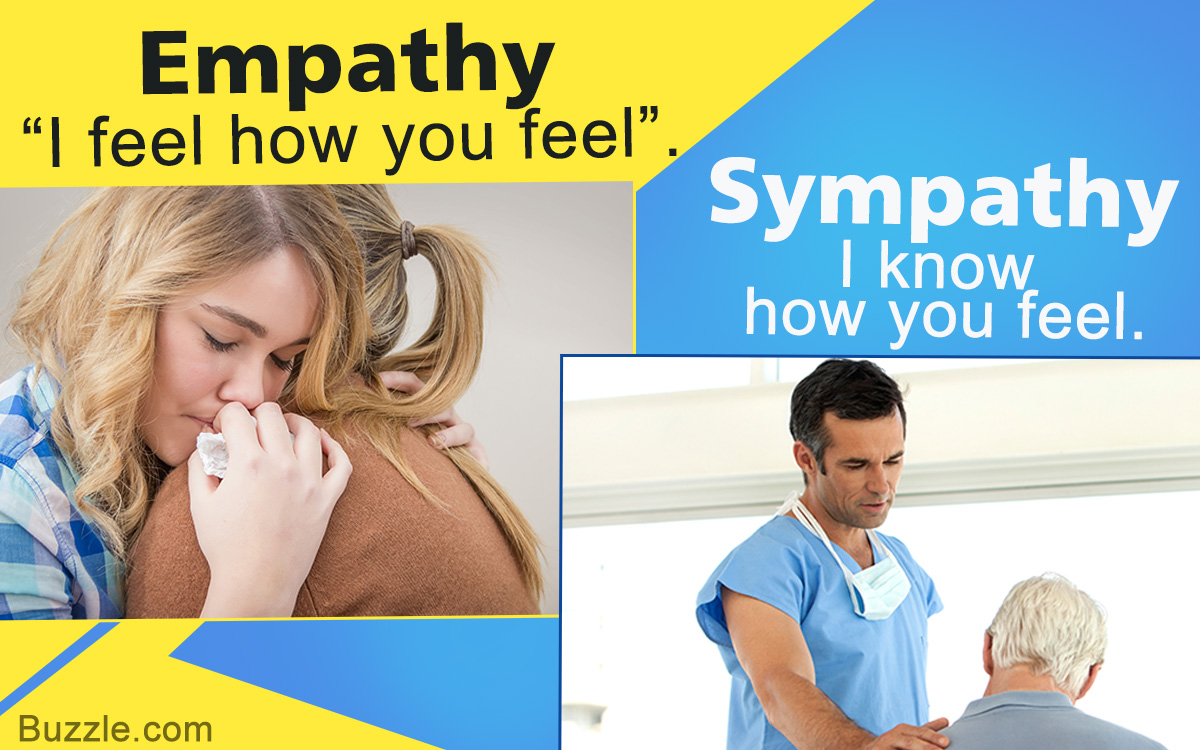 Are you confused about the usage of the words, empathy and sympathy? The use of the word empathy versus the use of the word sympathy has been a cause of mistake for several speakers of the language. This article tries to explain the meaning of these words and helps you understand how to use the words properly.

The English language enjoys the distinction of being a language that has managed to confuse most non native speakers of the language, thanks to the several homonyms and homophones that make up the vocabulary of the language. Add to this mishmash, words that kind of sound similar and have similar meanings but have very varied usage, and you have the perfect recipe for confusion. This is the state that leads to confusion regarding word pairs like ensure and insure and affect and effect. Another similar word pair that confuses many speakers of the language and that is commonly used wrongly is empathy and sympathy. This article is an effort to diminish the confusion they cause.

Difference Between Empathy and Sympathy

Origin
The word empathy was adopted into the English language from the German word Einfuhlung which means feeling into. This word was adapted by German philosopher Robert Vischer from the Greek word empatheia which meant physical affection, passion and partiality.

Examples:
I understand what you are feeling and empathize with your situation. (Using the word empathy)

I understand your pain; my grandmother too passed away last year. (Expressing empathy)

Definition
The Merriam-Webster dictionary defines sympathy as the act or capacity of entering or sharing the feelings or interests of another and the emotional and mental state that results due to the sensitivity experienced. Sympathy is experienced when the emotions of one person cause and bring about similar emotions in another person. This results in a state of mind where the feeling is shared by both people.

Origin
The word sympathy can also trace its origins back to the Greek word pathos meaning suffering and syn, which translates into together, thus referring to the understanding that one can feel of another person’s suffering or unhappiness, especially the grief that a person is feeling.

Examples:
I have never lost a pet, but I sympathize with your loss. (Using the word sympathy)

I was sorry to hear about your grandfather. Is there anything I can do to help you during this difficult time? (Expressing sympathy)

In most cases the feeling of sympathy is experienced in situations of unhappiness and grief but the word is also used to express shared thoughts for a political ideology or other such sentiments. If someone is feeling empathy, then they may be able to effectively understand and even reflect, another person’s thoughts and emotions. Very often, psychologists define empathy as the process of putting oneself into another person’s shoes.

What is the difference between empathy and sympathy? Why is there so much confusion about the usage of the two words? The reason that there is often confusion regarding the usage of the two words is the similar meanings that the two words have and also the similarity in the spellings of the word, thanks to their etymology. As explained earlier in the article, while empathy is the ability to understand and perceive a person’s emotions and also experience it vicariously, sympathy is feeling concern and care for a person who is experiencing certain negative feelings. While compassion is felt in both cases, sympathy can be felt for someone you do not know or are simply acquainted with, while empathy is generally felt for someone whom you know well. It is an act of listening and understanding someone’s feelings without getting involved and sympathy is an act of reacting when someone expresses emotions.

While sympathy and empathy are commonly misunderstood terms, this article has hopefully helped you understand the difference between the two words.