These Awesome Examples of Personification Will Leave You in Awe

One of the simplest figures of speech, personification is when we use human traits for a non-living object. In the following article, we'll look at several examples of personification in literature, in famous quotes and in modern advertising. 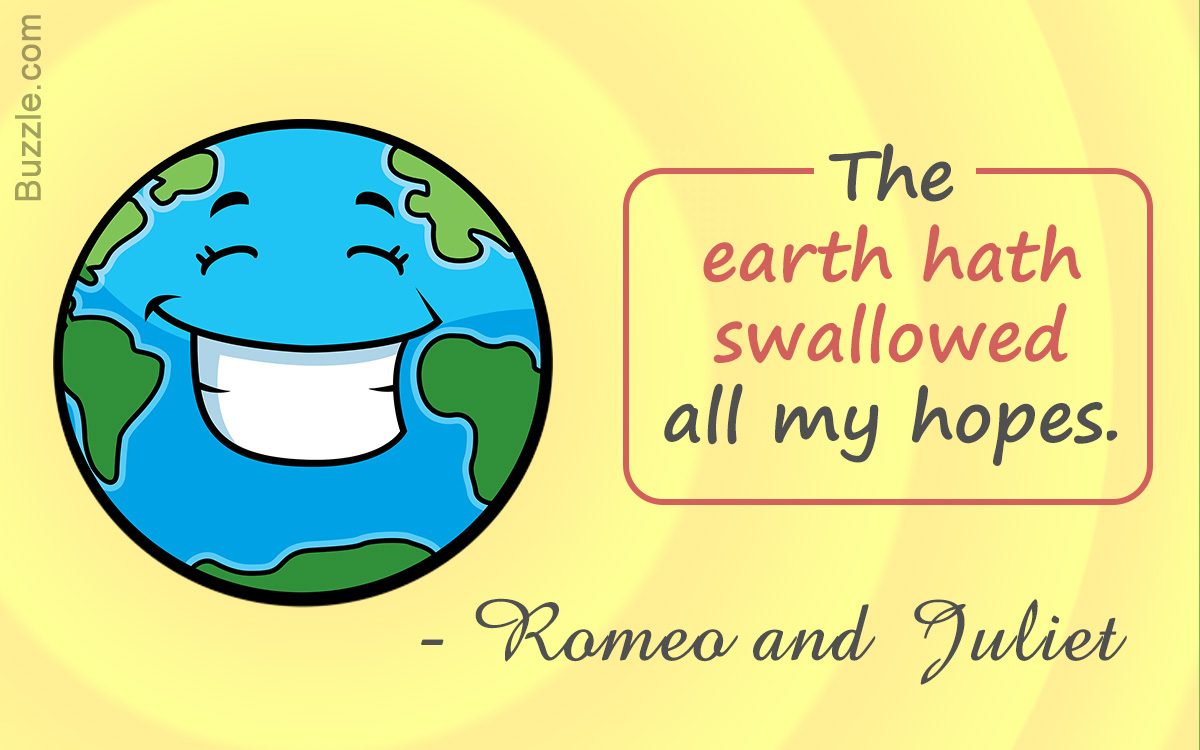 One of the simplest figures of speech, personification is when we use human traits for a non-living object. In the following article, we’ll look at several examples of personification in literature, in famous quotes and in modern advertising.

Personification is one of the simplest figures of speech, to use and understand. When we assign human qualities such as looking, shouting, dancing to non-living things/objects, we use personification. For example, if I say, “The sunflowers danced in the lovesome sunlight.”, I use personification twice. First, when I use ‘dance’ for the sunflowers and second, when I use ‘lovesome’ for the sunlight. Similarly, if I say, “Horror was staring at me.”, I use the human ability ‘to stare’ for horror. Literally, horror cannot stare, but we give it the ability to do so (as a part of figurative language), to add more emotion to what is said/written.

In the following paragraphs, we shall study how personification has been used since centuries to make a simple text more dramatic, to convey a thought aptly and to sometimes, add humor.

Personification Examples in Prose
There are literally more than a thousand examples that we can go through. However, we’ll only look at the most famous. For example, personification examples in Romeo and Juliet by Shakespeare are really noted.

All the three examples mentioned above are from Romeo and Juliet. In the first example, the Sun is attributed the human trait of peering. Next, the ability to swallow has been attributed to Earth. Lastly, in the monologue by Juliet, Night has been given wings and is also said to have an eyebrow.

“Hadn’t she known that something good was going to happen to her that morning – hadn’t she felt it in every touch of the sunshine, as its golden finger-tips pressed her lids open and wound their way through her hair?”
– Edith Wharton, The Mother’s Recompense

Here, the sunshine is said to have finger-tips, which in reality, isn’t true.
“Passion’s a good, stupid horse that will pull the plough six days a week if you give him the run of his heels on Sundays. But love’s a nervous, awkward, over-mastering brute; if you can’t rein him, it’s best to have no truck with him.”
– Lord Peter Wimsey in Gaudy Night by Dorothy L. Sayers

Here, both ‘passion’ and ‘love’ are given human traits such as having heels, being nervous and awkward.

Here, flowers are said to be ‘bashful’, birds are said to ‘blush’ and shadows are said to ‘tremble’. The ability to be timid, blush and tremble is respectively given to flowers, birds and shadows.
“It is better, O day, that you go to your rest,
For you go like a guest who was loth to remain!
Swing open, ye gates of the east and the west,
And let out the wild shadows the night and the rain.”
– Henry Kendall, Sunset

Here, the day is attributed with the human quality of resting.
No time to see, in broad daylight,
Streams full of stars, like skies at night.

No time to turn at Beauty’s glance,
And watch her feet, how they can dance.
– Leisure, William Henry Davies

Here, the human trait of glancing is given to beauty.

“Opportunity may knock, but it seldom nags.”
– David Mamet

“Fear knocked on the door. Faith answered. There was no one there.”
– Proverb

“Earth felt the wound; and Nature from her seat, Sighing, through all her works, gave signs of woe.”
– John Milton

Nothing hugs like Huggies.
– slogan for Huggies Supreme Diapers

Goldfish. The snack that smiles back.
– slogan for Goldfish snack crackers

What do you feed a machine with an appetite this big?
– slogan for Indesit, and Ariel Liquitabs, UK
The above-mentioned examples of personification will definitely give you a better understanding of the concept. You can use this literary device to enhance what you write or say.