Explanation of Reflexive Pronouns With Some Perfect Examples

Reflexive pronouns like myself, yourself, ourselves, etc., are used to refer to the subject in a sentence. Penlighten lists all the reflexive pronouns in English, as well as in Spanish, French, and German.

Home / Uncategorized / Explanation of Reflexive Pronouns With Some Perfect Examples 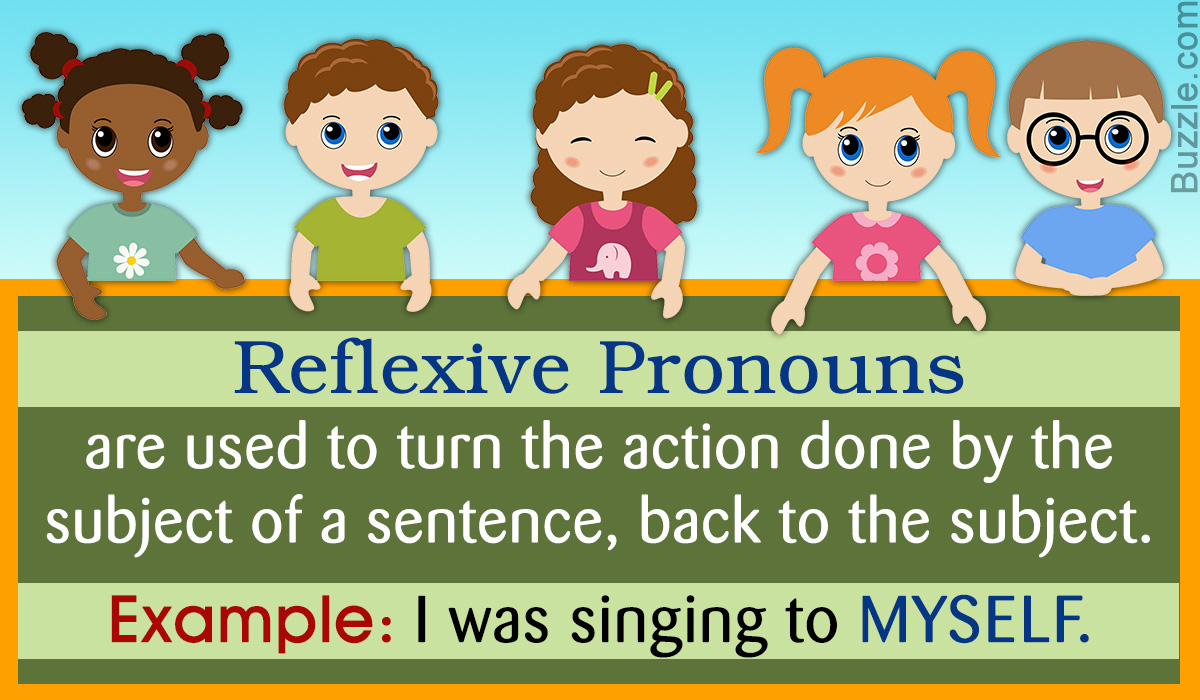 Reflexive pronouns like myself, yourself, ourselves, etc., are used to refer to the subject in a sentence. Penlighten lists all the reflexive pronouns in English, as well as in Spanish, French, and German.

Make sure that you never use a reflexive pronoun in place of a personal pronoun.

Pronouns are used to replace a noun, noun phrase, or noun clause in a sentence. For example, “David is a good boy. He always obeys his parents.” In this example, the noun ‘David’ has been replaced by the pronoun ‘he’, which also helps avoid repetition, and eases the flow of language. Pronouns are classified into several types as: 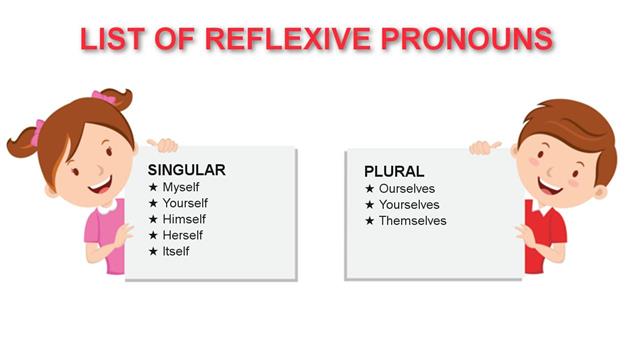 ● I myself am very shocked.
● We ourselves painted the house.
● The author herself signed the book for me.

Usage of Reflexive Pronouns in Sentences

● John was reading to himself.
● I am buying myself a pair of jeans.
● You should do yourself a favor.
● We treated ourselves to a hot sauna.
● Ashley gave herself a break.

● The kids are studying by themselves.
● I need to click a picture of myself.
● You should stop punishing yourself like this.
● My cat has hurt itself.
● Can you please serve yourselves?

● I cried myself to sleep that night.
● He loves himself way too much.
● Should we help ourselves with the drinks?
● I hope the kids behave themselves.
● They have injured themselves.

● She accidentally cut herself.
● I did it all by myself.
● He found himself lonely in the crowd.
● She was enjoying herself at the concert.
● The cat is licking itself.

Reflexive pronouns are not generally needed after verbs that describe actions that people generally do for themselves. For example, bathing, shaving, dressing. However, they can be used to generate emphasis. For example, “He is only three, but he dresses himself.” Reflexive pronouns are generally used with amuse, blame, cut, help, hurt, enjoy, kill, introduce, teach, satisfy, and prepare.