In order to understand the concept of false analogy, it is important to go through some examples. This will only make it easier for you to understand what this concept is. 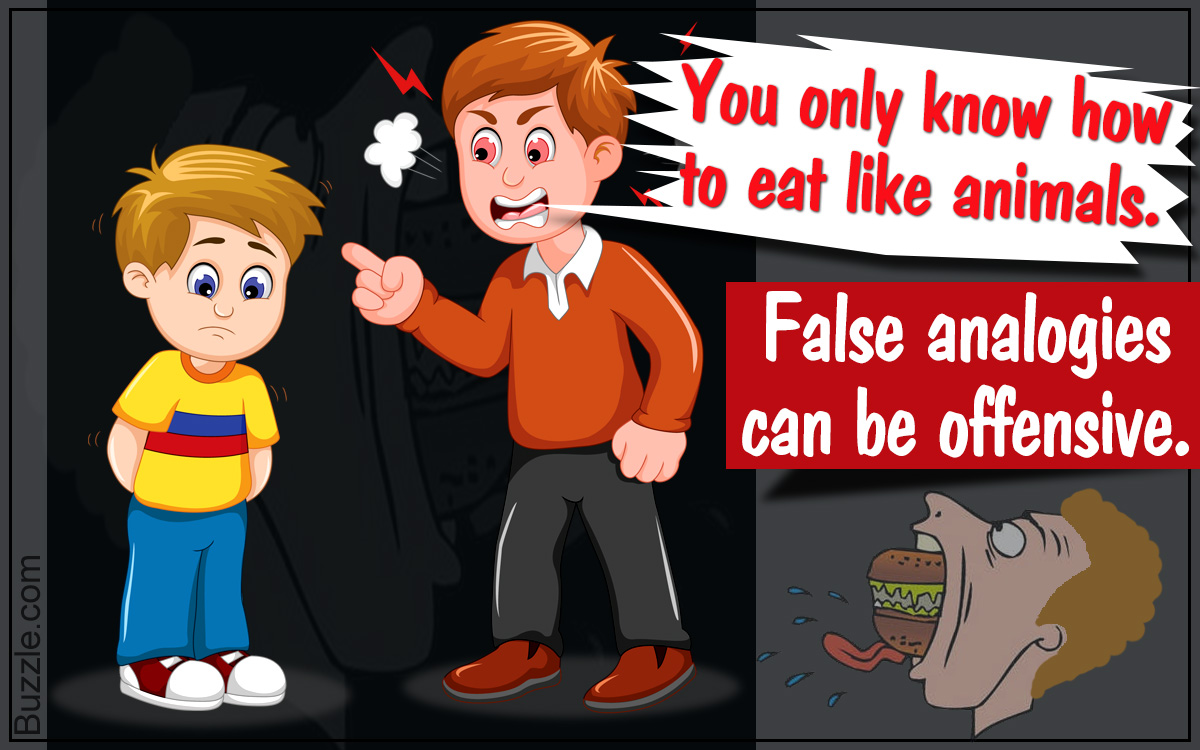 In order to understand the concept of false analogy, it is important to go through some examples. This will only make it easier for you to understand what this concept is.

Most of us have, at some point of time or the other, used an example of analogy to explain a certain concept. Making a comparison between two things or ideas is the easiest way to understand the same. A false analogy is a concept wherein the comparison that has been made is faulty and fails in the attempt to accurately compare the two. Referring to different examples is the easiest way to understand this concept.

It usually means using an argument that is not only deceptive and trivial but is an argument for the sake of being one. The comparisons made are far fetched to state the least. In this the main feature of the argument itself is flawed which is what differentiates it from what is known as a formal fallacy (where it is the structure of the argument that is flawed). In this article, we provide you with different examples that will hopefully help you understand this concept.

Unlike examples of analogy, where comparisons can be easy to spot and understand, with false analogy it can be difficult to spot the flaw in the argument. Given below are some of the examples that can be seen in literature and those that are often stated in everyday life.

Examples
Employees and nails are the same. As it is necessary to hit nails on the head in order to make them work, the same must be done with employees.

There are seven windows given to animals in the domicile of the head: two nostrils, two eyes, two ears, and a mouth. . . . From this and many other similarities in Nature, too tedious to enumerate, we gather that the number of planets must necessarily be seven.
– Francesco Sizzi

Clogged arteries require surgery to clear them. If this is true for arteries, so must it be true for our clogged highways which need measures that are as drastic.

Governing a country is like governing a business. Therefore as businessmen are concerned about the bottom line, so must be government officials.

Dina has to be rich or at least be an heiress. She after all belongs to the Alpha Phi Lambda sorority which is the richest sorority on campus.

You would be the perfect candidate for the job but you are a former felon, and according to records almost 80% of all former felons relapse to their old ways.

There has to be life on other planets because as of today no one has been able to conclusively prove that there is no life.

Look at that guy there who is wearing the leather jacket and baggy pants. His attire conclusively proves that he must be a gangster.

An example is often also used to undermine the comparison stated in an accurate analogy in English language. This is done by making a comparison of the factor that is differing in both ideas or things being compared. American journalist and editor with The New York Times, Adam Cohen had written an article on the proliferation of use of false analogies and said, “We are living in the age of the false, and often shameless, analogy.” There are advertising campaigns that compare politicians to business men. A new documentary has Kenneth Lay, CEO, Enron, comparing attacks on Enron to terrorist attacks on the United States. Such comparisons and examples can cause quite a problem as it influences people who do not have an opinion about a matter, to develop a flawed judgment. You now hopefully understand what a false analogy is. So the next time you come across an argument where a comparison seems forced to you, remember, you may have come across this concept.