Famous Sonnets in Romeo and Juliet That are Making Us Swoon

Romeo and Juliet has a poetic touch to it as Shakespeare uses iambic pentameter in the play as he does in his sonnets. However, only in few places, he has included a complete form of a sonnet.

Sonnet is a form of poetry, which consists of 14 lines and a particular rhyme scheme. Originated in Italy, the form was brought to England by Shakespeare’s predecessors. However, it was Shakespeare who made the form popular among readers. Even today, his collection of 154 sonnets are read the most. He uses a particular rhyme scheme “abab cdcd efef gg” in his 14-line sonnets, which are divided into 3 quatrains and a couplet, and written in iambic pentameter. Critics have termed his sonnets as the beginning of modern love poetry.

Critics have also claimed that he has mixed the two genres of poetry and drama in his famous tragic love story Romeo and Juliet. They agree that there are three sections in the play that can be termed as sonnets. Though most of the play is in iambic pentameter, 14 lines of those sections stand out due their particular rhyme scheme. One can only guess Shakespeare’s intention of adding sonnets in the play. As sonnets often address the subject of love with all its range and complexity, Shakespeare must have included them in the play, which deals with the theme of love versus family feud.

Let us take a look at the famous sonnets in Romeo and Juliet.

Two households, both alike in dignity,
In fair Verona, where we lay our scene,
From ancient grudge break to new mutiny,
Where civil blood makes civil hands unclean.
From forth the fatal loins of these two foes
A pair of star-crossed lovers take their life
Whose misadventured piteous overthrows
Doth with their death bury their parents’ strife.
The fearful passage of their death-mark’d love,
And the continuance of their parents’ rage,
Which, but their children’s end, naught could remove,
Is now the two hours’ traffic of our stage;
The which if you with patient ears attend
What here shall miss, our toil shall strive to mend.

The prologue is a 14-line sonnet with the rhyme scheme “abab cdcd efef gg,” which the chorus sings in the beginning of the play. The prologue serves as an introduction of the play. It describes the feud between two houses of Verona. The chorus further describes that from these two rival families, two “star-crossed” lovers will emerge. However, these lovers will commit suicide in the end, ending the family feud with them. The chorus explains to the audience that for the next two hours, they will watch a doomed love story of these two lovers, which suffers due to enmity between their parents. The couplet at the end beckons the audience to pay attention as the rest of the play will show the details that are missing from the prologue.

Now old desire doth in his death-bed lie,
And young affection gapes to be his heir;
That fair for which love groan’d for and would die,
With tender Juliet match’d, is now not fair.
Now Romeo is beloved and loves again,
Alike betwitchèd by the charm of looks,
But to his foe supposed he must complain,
And she steal love’s sweet bait from fearful hooks:
Being held a foe, he may not have access
To breathe such vows as lovers use to swear;
And she as much in love, her means much less
To meet her new-beloved any where:
But passion lends them power, time means, to meet
Tempering extremities with extreme sweet.

Like the prologue of the play, the prologue of the second act establishes the doomed love story of Romeo and Juliet. This 14-line sonnet also consists of the rhyme scheme of “abab cdcd efef gg.” The chorus sings the prologue to lead the audience through the new development of the story. They describe how Romeo had forgotten about Rosaline after seeing Juliet. The chorus describes how Juliet had reciprocated his love for her. However, the sad culmination of their love is pronounced once again in this prologue. Romeo and Juliet are supposedly enemies of each other because of their family feud. However, they have fallen for each other’s good looks. Now, they cannot say things that they should say to each other and meet more often. However, the last two lines of the sonnet points at a chance that they get to meet.

ROMEO
If I profane with my unworthiest hand
This holy shrine, the gentle sin is this:
My lips, two blushing pilgrims, ready stand
To smooth that rough touch with a tender kiss.

JULIET
Good pilgrim, you do wrong your hand too much,
Which mannerly devotion shows in this;
For saints have hands that pilgrims’ hands do touch,
And palm to palm is holy palmers’ kiss.

ROMEO
Have not saints lips, and holy palmers too?

JULIET
Ay, pilgrim, lips that they must use in prayer.

ROMEO
O, then, dear saint, let lips do what hands do;
They pray – grant thou, lest faith turn to despair.

JULIET
Saints do not move, though grant for prayers’ sake.

ROMEO
Then move not, while my prayer’s effect I take.

The two prologues are sonnets as they have 14 lines, a particular rhyme scheme, and it is sung by the chorus. However, the critics point at another section as a sonnet in the fifth scene of the first act. It is the scene where Romeo and Juliet meet and talk for the first time. Though the section is in a dialog form, it has 14 lines with the “abab cdcd efef gg” rhyme scheme. The section starts when Romeo takes Juliet’s hands, and ends when he kisses her. These actions mark the beginning and ending of the sonnet. When Romeo takes Juliet’s hand in his, he compares it to the holy shrine and deems his own as unworthy. Then, indirectly he asks Juliet for a kiss. Juliet replies that the act of holding hands is like a kiss. When Romeo hints at it again, she rebukes him by saying that the lips are used for prayers. However, in the end, she gives in to the persistence of Romeo and they kiss, ending the sonnet. The sonnet form in the dialog between Romeo and Juliet truly justifies the sweet moment shared between them.

Shakespeare accentuates the theme of the play by placing the sonnets aptly in the play. Rather than wondering how many sonnets are there in Romeo and Juliet, let us sit back and enjoy the beautiful form of poetry penned by Shakespeare! 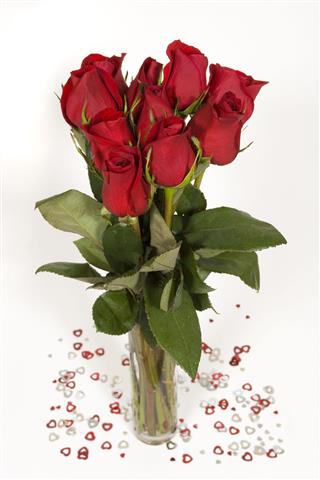 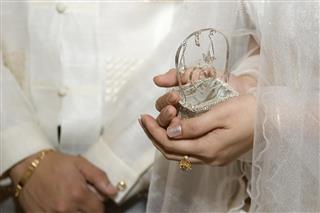