Interesting Idioms and Their Meanings That are Sure to Amaze You

Have you ever been puzzled by a certain phrase? As the cliche goes 'English is a funny language' so does the sayings and idioms in the language. From the Biblical period down to the present, as the human fate and generations have taken several leaps, certain intellectual, witty and intelligent phrases became more popular and universal.

Have you ever been puzzled by a certain phrase? As the cliche goes ‘English is a funny language’ so does the sayings and idioms in the language. From the Biblical period down to the present, as the human fate and generations have taken several leaps, certain intellectual, witty and intelligent phrases became more popular and universal.

Whether you are a professional writer, teacher, or a student, you might often come across idioms without their meanings! This is what makes the structure of the idiom seem funny and irrelevant, at times. However, every idiom in the English language has a story, observation, or an incident preceding it. Using idioms in writings, speeches and in daily conversations have become an artistic style of communicating. To describe an idiom briefly, it is a structured expression with a fixed meaning, irrespective of the meanings of the words in it.

Idioms, Their Meanings and Origins

Absence makes the heart grow fonder
Meaning: You love a person more when they are away.
Origin: This line was first read in Davison’s ‘Poetical Rhapsody’ in 1602.

Brand spanking new
Meaning: A new or unused object.
Origin: This idiom originates from doctors spanking a newborn baby to make it cry to start breathing.

Break a leg
Meaning: To wish good luck.
Origin: This idiom has its origins in a superstition about believing in Sprites. Sprites are the spirits of ghosts, who were known to create a havoc. Thus asking someone to ‘break a leg’ meant fighting the spirits.

The cat bird seat
Meaning: To be at a vantage point.
Origin: Mocking birds are known as cat birds who usually sit on the tree top to get a broad view.

Clear as bell
Meaning: To be understood clearly.
Origin: The bells, like the ones used in churches have a loud and clear sound which can be heard over a great distance. Thus, the idiom originates from the clear and single note sound of the church bell.

Get up on the wrong side of the bed
Meaning: To start the day on a less happy note.
Origin: This phrase owes its origin to a popular belief in the Roman times. It is believed that in those times, getting up on the left side of the bed was considered to bring bad luck.

At the end of my tether
Meaning: To reach the end of your patience or endurance.
Origin: This phrase originates from the fact that a tether rope is tied to grazing animals with one end around their neck and the other to the ground. This is done to prevent them from wandering away into the wild.

Apple of my eye
Meaning: An object of affection, which is valued above everything else.
Origin: This idiom has Biblical origins. It finds a mention in Deuteronomy 32:10: “He found him in a desert land, and in the waste howling wilderness; he led him about, he instructed him, he kept him as the apple of his eye”.

Go back to the drawing board
Meaning: To start the venture from scratch.
Origin: This phrase originates from the actual need of architects, designers, draftsmen and each and every person who plans and needs a space to do so. The space here is essentially a drawing board. This use of this phrase increased after the World War II.

I’ll take a rain check
Meaning: It is a polite way of turning down a proposal or an invitation, and to promise that the same will be fulfilled another time.
Origin: This phrase owes its origin to the fact that not many people like doing things when it is raining.

Bone of contention
Meaning: A topic which remains a dispute for discussion amongst parties.
Origin: The Oxford English Dictionary states that this phrase was coined back in the 1500s. It was seen in the sentence, “The diuell hath cast a bone to set stryfe betweene you”. It could refer to two dogs fighting over the same bone.

A doubting Thomas
Meaning: A skeptic person who needs a tangible evidence to believe.
Example: My boss is a doubting Thomas, there is no point trying to convince him.

A dime a dozen
Meaning: Something that is available in plenty and commonly.
Example: Such bags are available dime a dozen on Fashion Street.

Cry wolf
Meaning: To intentionally give a false alarm.
Example: “Stop crying wolf, or else no one will come to your help in case of need.”

Meaning: A starting point or inspiration.
Example: Which thought of yours has been a jumping-off point for you to do this job?

Meaning: A warning report or situation that brings an issue to immediate attention.
Example: The news of burglary was a wake-up call for everybody in the town.

A few words can make your language seem enhanced and convey exactly what you have to. Well, idioms express more than words. So, use these expressions to communicate more effectively. 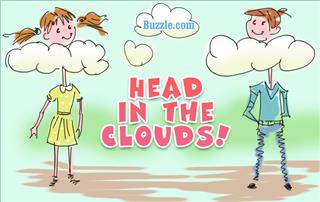 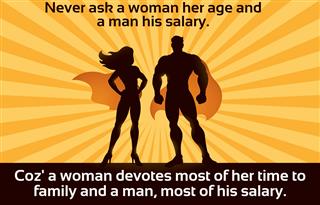 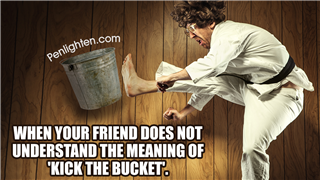 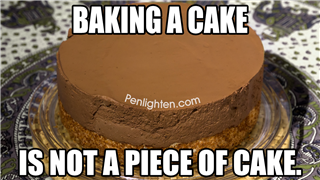