These Seriously Amazing Metaphor Examples Will Speak to Your Soul

One of the oft-repeated metaphor examples is "America is a melting pot". However it is hardly ever considered an example of a metaphor. There are many such phrases that we use in our day-to-day lives, but we rarely take cognizance of them.

One of the oft-repeated metaphor examples is "America is a melting pot". However it is hardly ever considered an example of a metaphor. There are many such phrases that we use in our day-to-day lives, but we rarely take cognizance of them.

All the world’s a stage,
And all the men and women merely players:
They have their exits and their entrances;
And one man in his time plays many parts,
His acts being seven ages. ~ Jaques Act II Scene VII (William Shakespeare’s ‘As You Like It’)
This is one of the most-cited and classic examples of metaphors.

The word metaphor originates from a Greek word ‘methapherin’, which means to transfer or carry over. However, the word came into the English language from the Latin word metaphoria. In a metaphor, an implied comparison is made between two non-similar things, which actually have some important yet not-so-apparent elements in common.

Difference Between Metaphor and Similie

Often, people seem to confuse metaphors with similes and vice versa. But it is important to remember that a metaphor is similar to a simile – there is a comparison which is made between things that are not always likely or obvious. However, it is important to note that there is no explicit use of the words such as ‘like’, ‘as’, ‘if’, and ‘than’ in metaphors which is the case with similes. In a simile, the similarity between two elements compared is very obvious. For instance, ‘as white as chalk’. Here, the similarity in color is discernible without effort. Metaphors are more layered and usually not so banal.

Yet metaphors are far more suggestive and impactful – it ups the ante by quite a few notches. A metaphorical comparison can have multiple interpretations. You will come across a number of poems where metaphors have been used abundantly. We will understand this figure of speech better with the help of examples.

Her home was a prison.
When we read this example, it is very evident that there are some characteristics of a prison which can be seen at her place.
-One can derive that she was not allowed to leave her home.
-The other connotation of the sentence is that she had a lot of restrictions at home, and she was not allowed to actually exercise any rights or privileges.
-A different analysis could also point at how her home acted like a prison for other beings who were coerced into forfeiting there right to liberty.
-Even if we take it that she herself is the prisoner, it could be either self-imposed or enforced on her by others.
The metaphor depends on the context greatly, but it could mean a lot of other things as well. So, the possibilities are infinite. Having understood this, let’s turn our attention to a list of metaphors.

Did you think, that only literary stalwarts make use of metaphor sentences? If so, you are mistaken, as the common man also makes use of these phrases quite regularly even if unknowingly. Here are some examples.

– She is the apple of my eye.
– He has a heart of gold.
– A light in a sea of darkness.
– The noise is music to her ears.
– He swam in a sea of diamonds.
– Authority is a chair, it needs legs to stand up.
– You better pull your socks up.
– She is drowning in the sea of love.
– Each episode narrated in the book is a slice-of-life snapshot of the protagonist.
– Life is a dream, a fleeting shadow on a cloudy day.
– Life tends to come back and bite you.
– He is my East and my West, my compass.

Examples of Metaphor in Literature

– The streets were a furnace, the sun an executioner. ~ Rosa, Cynthia Ozick
– Between the lower east side tenements, the sky is a snotty handkerchief. ~ The Butt of Winter, Marge Piercy
– A man may break a word with you, sir, and words are but wind. ~ The Comedy of Errors, William Shakespeare
– But my heart is a lonely hunter that hunts on a lonely hill. ~ The Lonely Hunter, William Sharp

– Love is an alchemist that can transmute poison into food – and a spaniel that prefers even punishment from one hand to caresses from another. ~ Lacon, Charles Caleb Colton
– The greater part of the untested men appeared quiet and absorbed. They were going to look at war, the red animal – the blood-swollen god. ~ The Red Badge of Courage, Stephen Crane
– Men’s words are bullets, that their enemies take up and make use of against them. ~ Maxims of State, George Savile, 1st Marquess of Halifax
– The rain came down in long knitting needles. ~ National Velvet, Enid Bagnold
– Language is a road map of a culture. It tells you where its people come from, and where they are going. ~ Rita Mae Brown
– Glamis thou art, and Cawdor; and shalt be
What thou art promised. Yet do I fear thy nature;
It is too full o’ the milk of human kindness
To catch the nearest way. ~ Macbeth: Act I, Scene V, William Shakespeare
– Memory is a crazy woman that hoards colored rags and throws away food. ~ Keystones of Thought, Austin O’Malley
– Love is the wild card of existence. ~ In Her Day, Rita Mae Brown
– Time is a dressmaker specializing in alterations. ~ Face Toward the Spring, Faith Baldwin

– My memory is a little cloudy about that incident.
– A blanket of snow covered the streets.
– Her bubbly personality cheered him up.
– You light up my life with your presence.
– According to her, only shades of gray make up life.
– A colorful remark was not half bad either.
– His deep dark secret was revealed to everyone.
– The United States of America is a shining example of democracy.
– The stench of failure should not depress you.
– She could not digest the news when she heard it.

– The winds were ocean waves, thrashing against the trees limbs. The gales remained thereafter, only ceasing when the sun went down. Their waves clashed brilliantly with the water beneath, bringing foam and dying leaves to the shore.
– The teacher descended upon the exams, sank his talons into their pages, ripped the answers to shreds, and then, perching in his chair, began to digest.

When two or more unrelated metaphors are used in a single sentence to convey a single thought it is called a mixed metaphor. They are usually employed in order to parody the concept of metaphors itself. These should not be confused with extended metaphors where several comparisons are used, but they are related to one another in some way or the other.

– Clinton stepped up to the plate and grabbed the bull by the horn.
– If we can hit that bull’s-eye then the rest of the dominoes will fall like a house of cards …Checkmate. ~ Zapp Brannigan in the sitcom Futurama
– That wet blanket is a loose cannon.
– The movie struck a spark that massaged the audience’s conscience.
– Mr Speaker, I smell a rat; I see him forming in the air and darkening the sky; but I’ll nip him in the bud. ~ Boyle Roche, Irish politician

A dead metaphor is a phrase which has ceased to be a metaphor due to frequent and repeated usage. The origin of the metaphor has been forgotten and the phrase is now understood in keeping with its literal connotation.
– The body of an essay
Initially, “body” referred to the anatomical composition of a human being. Nobody now will make that association between a human being and an essay. Body of an essay has traveled down centuries to mean the main part of an essay.

These are just few of the examples. Now that you have understood what a metaphor exactly is, you will be able to come up with a list of your own metaphor examples, but just keep in mind that metaphors and similes are not interchangeable. 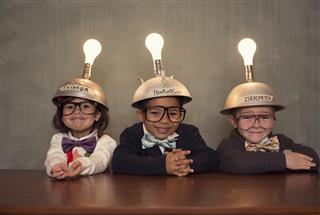 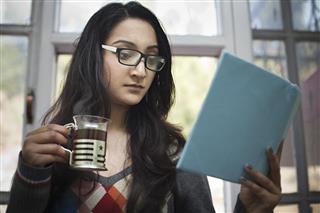