Metaphor Examples for Students That’ll Help Them Get Good Grades

Finding it difficult to explain metaphors to your students? The simple examples in this article could make your job easier. Try them out. 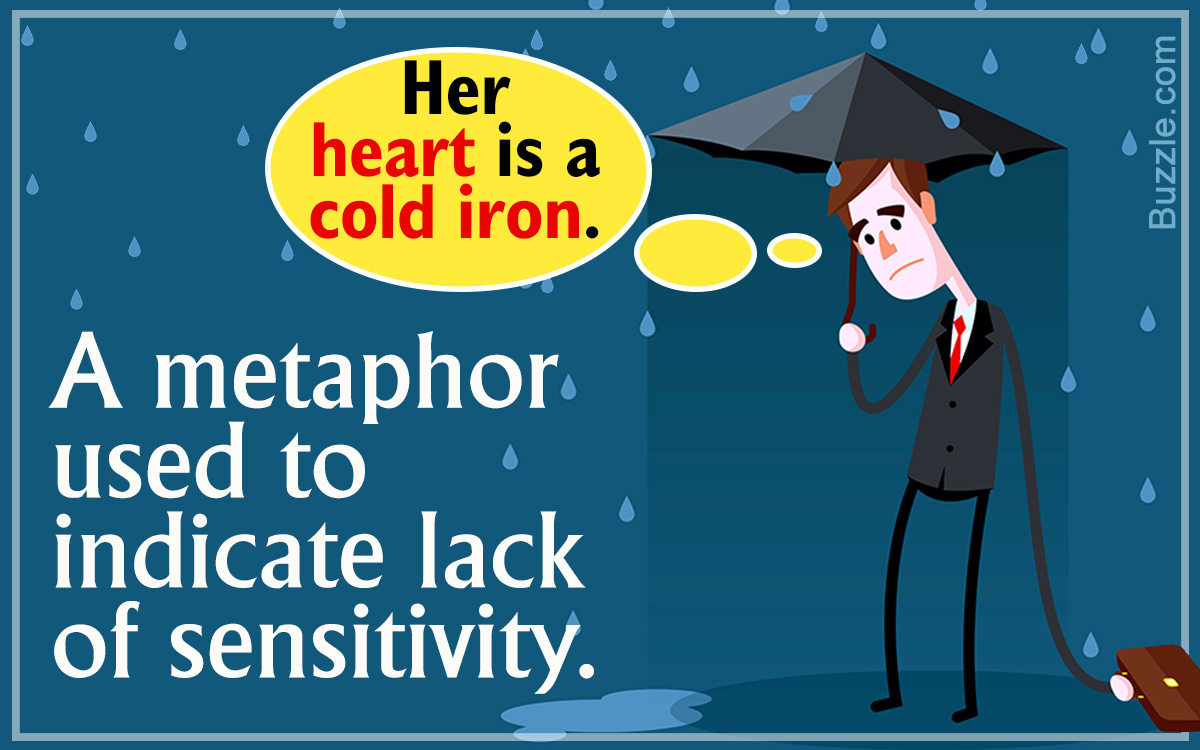 Finding it difficult to explain metaphors to your students? The simple examples in this article could make your job easier. Try them out.

Q) What is common in the following sentences:

Boggled?? Here’s the answer – The three sentences given above are metaphors. What is a metaphor? That’s what you’ll get acquainted with, in this article.

What is a Metaphor?

A metaphor is a figure of speech in which there is an indirect comparison or contrast between two nouns. These nouns could be common nouns, proper nouns or even abstract nouns. By indirect comparison, it means that no comparing words (like, as, etc.) are used. The comparison is implied but is very obvious.

It will be much easier to understand this wonderful figure of speech with the examples mentioned below .

“John is the Tiger Woods of his golf team.”: In this example, John is being compared to Tiger Woods. However, there is no use of the words ‘like’ or ‘as’ which would have implied a direct comparison. This makes it a metaphor (using two proper nouns).

“His hair was bone white.”: Here, the whiteness of the person’s hair is being indirectly compared to that of a bone’s. Again, there is no use of ‘like’ or ‘as’ which would have meant direct comparison.

“She is an early bird.”: In this one, the girl is being compared to a bird, because she is early to rise. Though indirectly, the attribute of the bird is being given to the girl.

Hope these examples have helped you understand what metaphors are. Given below are some other examples that you should be able to understand easily now.

“The teacher descended upon the exams, sank his talons into their pages, ripped the answers to shreds, and then, perching in his chair, began to digest.”

“Brian was a wall, bouncing every tennis ball back over the net.”

“Dean can be such a frightened kitten at times.”

“She wore a sunny smile that brightened up the room.”

“Our old cat, a bolt of lightning, caught his prey.”

“The homework was a breeze.”

“I have a foggy memory of the incident.”

“A smile sprouted on his lips.”

“This joke is aging quickly.”

“The storyline of the movie gave him something to chew on.”

“That was Sarah, an old flame.”

“A million ideas began spinning in her head as she watched the teacher write the assignment question on the board.”

“She tried to get attention with her loud dressing, and it worked!”

Hope these examples have helped you to understand this figure of speech better. Metaphors are often used in poetry. They give it a lively feeling and can be a great vehicle to express the poet’s thoughts in a creative manner. One such example is what I’m going to leave you with. This one’s by Belinda in the ‘Writing Process Kids Activity Set’

My family lives inside a medicine chest:
Dad is the super-size band aid, strong and powerful
but not always effective in a crisis.
Mom is the middle-size tweezer,
which picks and pokes and pinches.
David is the single small aspirin on the third shelf,
sometimes ignored.
Muffin, the sheep dog, is a round cotton ball, stained and dirty,
that pops off the shelf and bounces in my way as I open the door.
And I am the wood and glue which hold us all together with my love.