'Hold your horses' is an idiom that has different meanings, but in the end, it all comes to down to what we use in our everyday lives - 'to wait' or 'hold on'.

‘Hold your horses’ is an idiom that has different meanings, but in the end, it all comes to down to what we use in our everyday lives – ‘to wait’ or ‘hold on’. 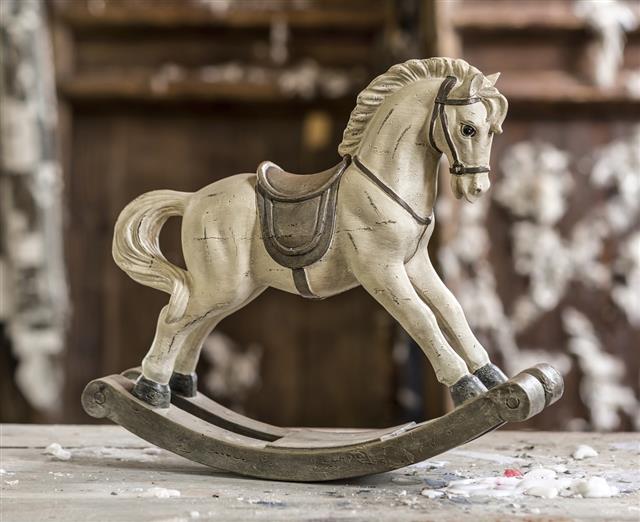 ‘Hold your horses’ is often used alternately with the idioms ‘cool your jets’ or ‘look before you leap’.

Language is a medium that is used by people all over the world to express themselves. The English language is one such medium that consists of thousands of idioms, out of which some are easy to understand, while others are not so obvious. At times, you may be racking your brains wondering as to what the person in front of you just said. However, the idiom that we will be talking about in this article is a relatively easy one.

‘Hold your horses’ is one idiom that may have different interpretations for some. No, you don’t have to go and literally catch hold of your horse (unless you are horse riding of course!). It is an expression; to be more specific, an ‘idiom’. According to the Merriam-Webster dictionary, an idiom is an expression that cannot be understood from the meanings of its separate words, but has a separate meaning of its own. They are just little dramatic additions to convey your message to someone.

The literal meaning of this idiom has to do with the need to hold on to your horses when they are fidgety and are about to run away. It is usually used by people when there’s a scenario wherein a person is going to act upon a situation in a hurry or often without thinking. Let us try and understand this idiom in more detail, and find out how it came to be in use.

As you might have guessed, ‘hold your horses’ is a pretty common idiom in use, which means ‘to hold on’, ‘to wait’, or ‘be patient’. According to the Cambridge dictionary, this idiom means to tell someone to stop and consider carefully their decision or opinion about something.

If you look at its literal meaning, it means to keep your horse still, or stop your horse when it gets too excited and fidgety. This is usually used for a person who is riding a horse or driving a horse-drawn cart or a vehicle. For some, it may be obvious enough even if the individual has not heard of this expression before. It is typically used when someone is in a great hurry to respond to something. It may also be said when you are asking a person to ‘calm down’ and ‘be patient’.

If you are being pressurized to do something, you can say “hold your horses”, asking the other person to calm down and wait for a while. You will come across this expression a lot, as it is quite often used by parents, teachers, employers, etc.

You may be asked to ‘hold your horses’ when you are tempted to respond in anger to some situation, when you are about to purchase a thing that may hamper your budget, or when thinking of taking up a job without knowing the responsibilities or without doing any in-depth research on it.

As far as the origin is concerned, it has been around for a long time now, and there are many stories related to it.

The origin of this idiom dates back to the 19th century in the United States, and is linked to horse riding or a person driving a horse-drawn wagon. The horse is in a hurry to move when it gets excited or nervous, often getting out of control. Thus, you have to pull its reins to hold it.

This idiom is also mentioned in Homer’s The Iliad, in which Menelaus tells Antilochus to ‘hold his horses’ for recklessly driving his chariot during a race.

Its origin also traces back to 1844 in New Orleans, as ‘hold your hosses’, which appeared in print publications. ‘Hoss’ was a slang used for ‘horse’ during this time.
“Oh, hold your hosses Squire. There’s no use gettin’ riled, no how.”

Another version also states that, in Rome, a man would ‘hold his horses’ during a noisy battle.

The term may also have originated from the army units. For example: Service Slang (1943) by Hunt and Pringle quotes, “Hold your horses, hold the job until further orders.”

In 1939 in Chatelaine, we got a more familiar phrase: “Hold your horses, dear.”

“Hold your horses! Let’s think about it for a moment.”

“Hold your horses! Grab an umbrella before you leave. It might rain.”

“Hold your horses for a moment while I make a phone call.”

Now you know that the main idea behind telling people or they telling you to hold your horses is to take one step back and consider all the factors before taking a decision or acting upon a situation.