The Sound of Letters: Phonetic Alphabets, Meanings, and Examples

Phonetic alphabets are sets of symbols that are used to represent the individual sounds in the written form. This article will let you in on its details... 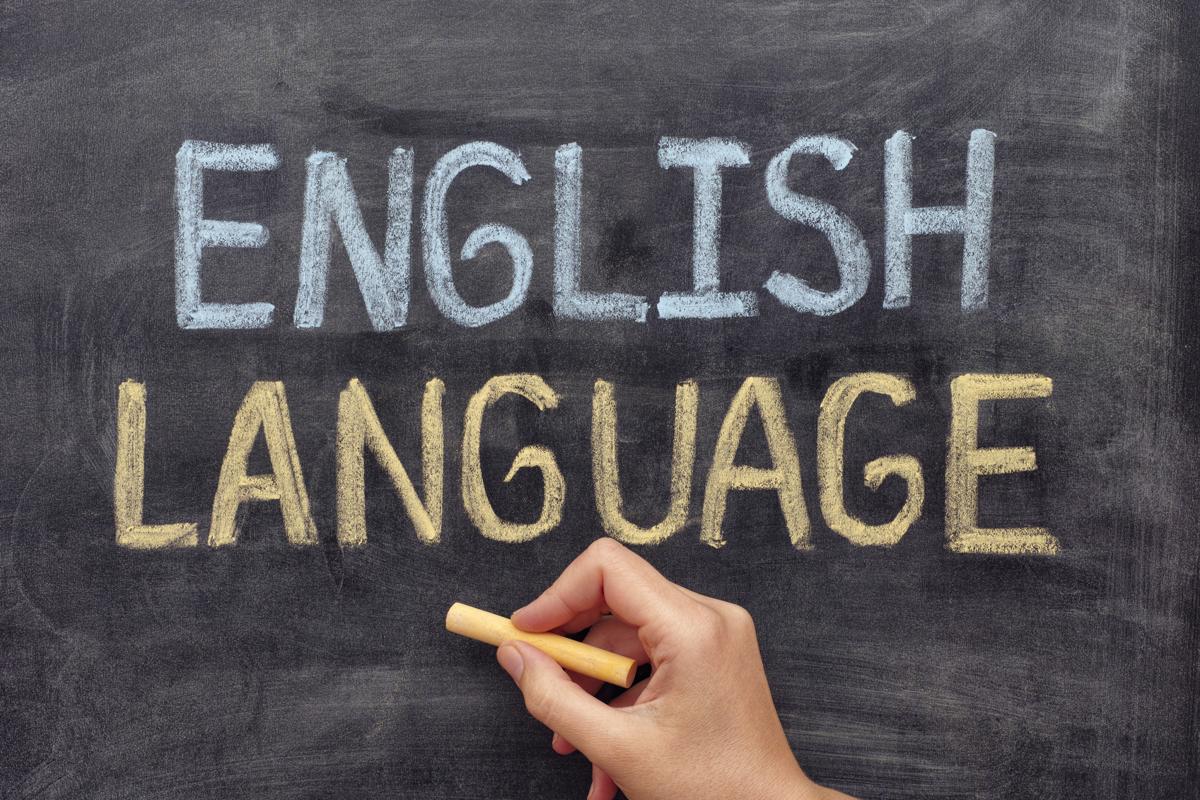 Phonetic alphabets are sets of symbols that are used to represent the individual sounds in the written form. This article will let you in on its details… 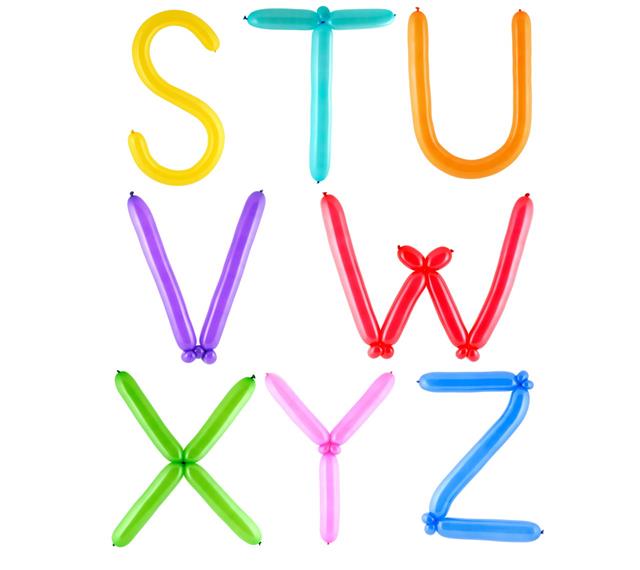 Often, a word, especially one from a language other than which you have learned at a young age, turns out to have a totally different pronunciation than what its spelling suggests. This is a common problem everyone faces, and that is why the phonetic alphabet system has been established to deal with this very issue.

When the Eyjafjallajökull volcano erupted in 2010, spraying its ash in the atmosphere all over Europe, the world witnessed a strange phenomenon quite apart from this spectacle. It was found that people searching the web for information on this volcano also searched for its pronunciation. Even to this day, a search for Eyjafjallajökull brings up many results for ‘how to pronounce Eyjafjallajökull?’ The name comes from the Icelandic language, and it is no surprise that not many people knew what to make of the word when they first saw it.

People in ancient times could only learn the spoken form of a language if they were in day-to-day contact with those who were fluent in it. Today, if you know the phonetic alphabet symbols, you can pronounce words in the correct way.

The individual sounds in a language are called phonemes. All languages have several phonemes. Graphemes are simply the symbolic representation of spoken sounds. It includes letters of the alphabet, numbers, symbols used to represent stress on particular letters, etc., that are a part of the written language. The symbols may or may not correspond with a particular sound.

In trying to look for the meaning of a word in an dictionary, you must have come across the pronunciation written in brackets next to that word. Several systems are used by different dictionaries for this. American-English language dictionaries mostly have letters of the English alphabet (along with some stress symbols) to write the pronunciation (known as the pronunciation respelling system). These symbols are part of the phonetic alphabet. The most standardized system, the International Phonetic Alphabet (IPA), is used by British dictionaries, as well as by other ones around the world.

There are many phonetic alphabet systems in the world. The most-widely used such system is the International Phonetic Alphabet. Some of the other systems are:

Understanding the IPA symbols requires some familiarity with the terms used to refer to them. These terms have their origin in the way a sound is produced.

The International Phonetic Alphabet is a widely-used system of transcribing sounds into symbols. Although it is an international system, it derives most of its symbols from Latin and Greek. Efforts have been made though, to incorporate other symbols as well. The IPA symbols are published as a chart by the International Phonetic Association. The chart is divided into the following sections: pulmonic consonants, non-pulmonic consonants, vowels, diacritics, suprasegmentals, tones and accents.

Mid-central Vowel: The sound of this vowel is popularly known as ‘Schwa’. It has two types, rounded and unrounded.
ə– Mid-central vowel

Near-open Vowels: The position of the tongue, in the production of these vowels, is close to that involved in articulating open vowels, but there is a slightly greater obstruction of airflow than in the latter.
æ– Near-open front unrounded vowel
ɐ– Near-open central vowel

Open-front Vowels: The tongue position, during the articulation of these vowels, is close to the floor of the mouth.
a– Open front unrounded vowel
ɶ– Open front rounded vowel

Consonants are those sounds that involve an obstruction of the airflow during their articulation. The obstruction may be partial or full. There are several categories based on how much the airflow is blocked. Fricative consonants involve a partial obstruction of airflow when speaking. Affricatives are consonants in which there is a plosive followed by a fricative. Liquid consonants are those that involve very little or no resistance to airflow while articulating them. Between these broad categories, there are many other gradations to categorize the subtle differences between the consonant sounds. Retroflexed consonants are those which are spoken with the tongue between the alveolar ridge and the hard palate. They are represented in the IPA as letters with hook-like elongations at the bottom right-hand. The IPA has two broad categories of consonants: the pulmonic consonants and the non-pulmonic consonants.

Pulmonic Consonants: These are symbols that are arranged in a sequence from left to right, that correspond with lip sounds on the extreme left and glottal sounds on the extreme right. The rest of the sounds are written in between these. From top to bottom, the sequence is of listing the stop or plosive sounds at the very top. At the bottom are the approximant sounds.

Nasals: These sounds are produced when the velum, or soft palate is lowered. This allows the airflow from the lungs to flow out through the nose, producing the nasalized sounds found in many languages.
m– Bilabial nasal
ɱ– Labiodental nasal
n– Alveolar nasal
ɳ– Retroflex nasal
ɲ– Palatal nasal
ŋ– Velar nasal
ɴ– Uvular nasal

Trills: These sounds are most familiar to us as the rolled Rs used in languages like Spanish, French and Russian. The production of trills involves repeated interruption of the airflow by the organ articulating the sound. The vibration of air caused by this produces the unique rolled Rs of many languages.
ʙ– Bilabial trill
r– Alveolar trill
ʀ– Uvular trill

Flaps: The production of these sounds involves a contraction of the muscles, resulting in the organ producing the sound making contact with another organ with force.
ⱱ– Labiodental flap
ɾ– Alveolar flap
ɽ– Retroflex flap

IPA Non-pulmonic Consonants: The articulation of these consonants is generally not dependent upon the flow of air from the lungs. Rather, their production is supposed to use air flow involving the velum and the glottis. The IPA has three classes of non-pulmonic consonants. These are: clicks, voiced implosives, and ejectives.. Many of these are used in African languages.

Clicks: Clicks are sounds familiar to us, like the sound made to urge an animal to move. The following are the IPA representation of clicks. Each category has several more types.
ʘ– Bilabial clicks
ǀ– Dental clicks
ǃ– (Post) alveolar clicks
ǂ– Palato-alveolar clicks
ǁ– Alveolar lateral clicks

Ejectives: Ejectives are consonants produced by the trapping of air between the vocal cords and the alveolus. In articulating an ejective, the vocal cords are closed and the voice-box is positioned higher in the throat, initially. The vocal cords then open up, releasing the pressure and the ejective sound.
pʼ– Bilabial ejective
ť– Dental/alveolar ejective
kʼ– Velar ejective
sʼ– Alveolar fricative

Diacritics
Diacritics are marks that always appear in association with a letter in a word. They may appear above, below, or next to a letter. Their main function is to indicate the change in pronunciation of the letter in a word. In the absence of the diacritic mark, the letter would be pronounced differently.

Suprasegmentals
Suprasegmentals are aspects of a spoken language such as stress, lengthening (letters or words), tone, etc. They are added to letters, words, or even to phrases.

The pronunciation of words, when represented in IPA, is usually presented in a certain manner. Given below are some words written in IPA:
The word ‘Fish’, for example, is written in IPA as fɪʃ
Similarly, ‘Rock ‘- rɒk
‘Thong’ – θɒŋ
‘Muff’ – mʌf
‘End’ – ɛnd
‘Till’ – tɪl
‘Treasure’ – trɛʒər
‘Sludge’ – slʌʤ
‘Smother’ – smʌðə

The history of humankind shows that spoken language evolved much before its written form. There are innumerable languages in the world, and most of them are distinctive because of the unique vocalizations they involve. Rendering such vocalizations, with all their nuances, in a written form, is perhaps one of the most difficult tasks. Phonetic alphabet is one way in which we have come to achieve this.