Romantic poetry emphasizes more on the passionate display of emotions. This Penlighten article throws light on the characteristics and different features incorporated in romantic poetry. Take a look.

Romantic poetry emphasizes more on the passionate display of emotions. This Penlighten article throws light on the characteristics and different features incorporated in romantic poetry. Take a look. 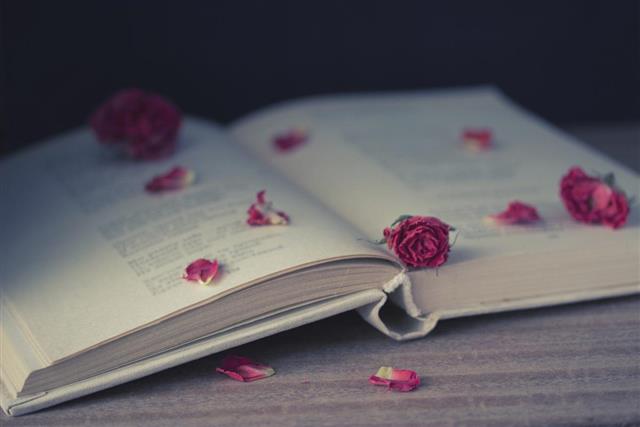 Romanticism in poetry arose in response to the enlightenment ideals that prevailed in the 18th century. This form of poetry emphasizes on emotions rather than reason. William Wordsworth strengthened the movement of romanticism in poetry to a great extent.

Ironically, his verses incorporated a language that was more colloquial than poetic. The Romantic Movement began somewhere around the end of the 18th century, and instantly struck a chord among the poets and readers across the globe.

Growing interest in folklore was one of the early signs of romantic poetry becoming popular. Some of the important romantic poetry characteristics are passionate display of emotion, interest in the supernatural, idealism, and affinity towards nature.

Characteristics and Elements of Romantic Poems

There are many angles and point-of-views from which one can study romantic poetry. The most important feature of this form of poetry is imagination. The different characteristics of romantic poetry are elaborated in the sections given below.

In the words of William Wordsworth, ‘poetry is the first and last of all knowledge’. The phenomenon of imagination is the essence or core of romantic poetry. According to romantic poets, it is possible to attain a transcendental experience by means of imagination. It takes us near to spiritual truth.

When it comes to romantic poetry, reason and logic take a backseat. The one thing which rules the world of romanticism is emotion. Romantic poetry is one of the best means to let loose one’s emotions through words. The overflow of emotions depicted through romantic poetry transcends the boundaries of logical reasoning. Spontaneity in romantic poetry arises from an emotional outflow, and sometimes, pain is the inspiration.

A romantic poet can let loose his/her imagination in the process of interpreting natural phenomena. It is said that romantic poetry associated with nature is kind of a meditative process. The rationalists tend to view or associate nature with some kind of a machine. A romanticist’s perception of nature is that of an organic phenomenon. Nature is also viewed as a setting or place which offers respite from the artificial world that we inhabit.

The pastoral life, culture, and traditions are mentioned on a frequent basis in romantic poetry. In most cases, the relaxed and slow-paced pastoral life of shepherds is depicted in these poems. Romantic poetry employs this feature in order to present before readers the complexities of life in a simple manner. Contrasting features of country and urban life can also be depicted by the portrayal of pastoral life.

It is a way of expressing so much in so little. The use of symbolism in literature allows to infer/derive different meanings from a single expression. Symbolism rouses the curiosity of readers and also adds a kind of enigma to the expressions or thoughts of the poet. Representing a particular thing allegorically, lies at the core of symbolism. Repetitive presentation of an object or character is one of the ways in which symbolism is depicted in poetry.

It is one of the important romantic poetry characteristics. Representation of a hero, a person with exceptional genius, is of common occurrence in romantic poetry. Heroes are depicted as personalities which exhibit boldness. This quality of boldness is in contrast to the restraint depicted in ancient classics.

The use of romanticism in literature appeals to our dreamy inner-self. It helps us transcend the boundaries that are set by rational thinking. It helps us understand the wholesome truth instead of just making conclusions on what we see or derive by logical reasoning. There are so many things in this world beyond our understanding. We can say that the urge to known the unknown is expressed in the form of romantic poetry.