A Short Summary of the Epic Odyssey By Homer

The Odyssey or Odússeia is a sequel to Homer's Iliad. The Greek epic poem is one of the two works of the Greek literary genius. The poem is an extant work composed around the eighth century. A summary of the Odyssey highlights the journey of the Greek hero Odysseus or Ulysses, after the fall of Troy...

Home / Uncategorized / A Short Summary of the Epic Odyssey By Homer 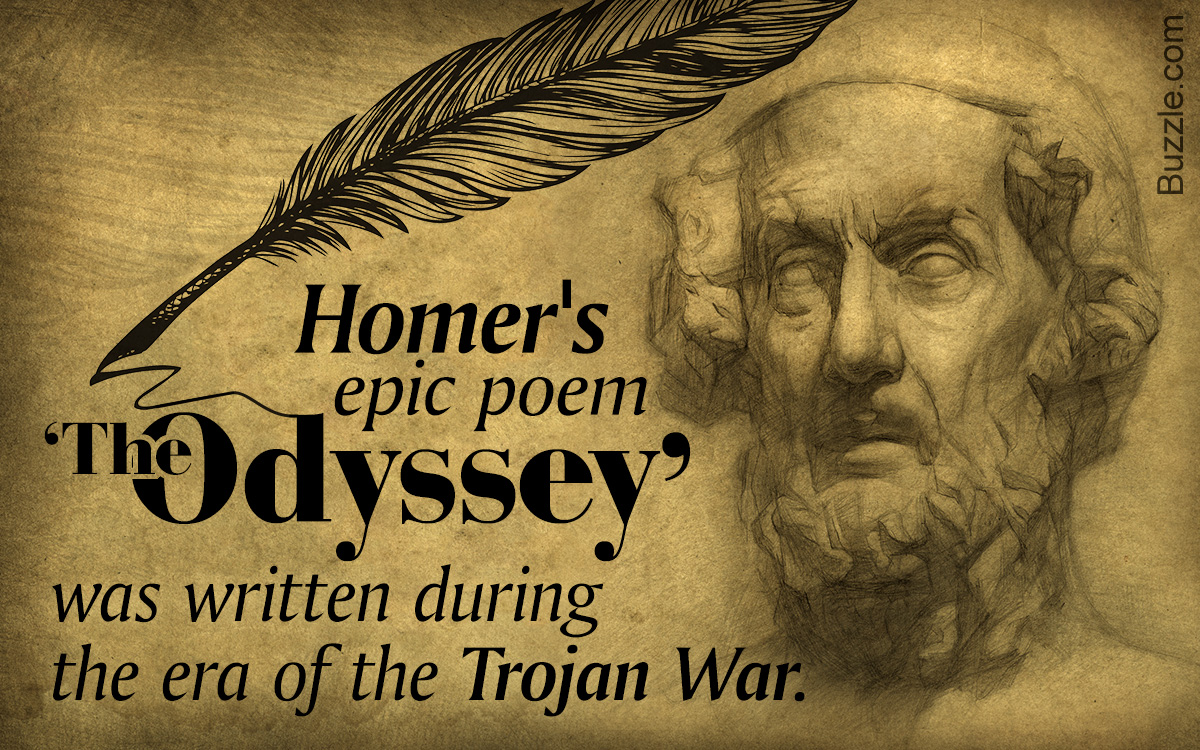 The Odyssey or Odússeia is a sequel to Homer’s Iliad. The Greek epic poem is one of the two works of the Greek literary genius. The poem is an extant work composed around the eighth century. A summary of the Odyssey highlights the journey of the Greek hero Odysseus or Ulysses, after the fall of Troy…

The Odyssey is unique among poems of the time. The focus on a unified theme within an epic cycle via rapid, but direct, evolution of thought and expression makes the Odyssey a classic. Homer was recognized around the Western world for simple syntax in hexameter verse. The poem spotlights grammatical form led by verse structure to attribute rhythm through uniform pauses. Homer’s poetic skill defies age and time by surpassing degree.

Odyssey may lack the expression and distinguishing qualities of Iliad, but the subtle version of the epico-lyrical attempt remains a ballad. Homer’s powerful style of verse defines the popular epic as a ballad, set against Greek culture. The Odyssey is indigenous and easily distinguishable from a Dante or Milton.

Homer’s Odyssey is as dramatic as Iliad. The lack of racial antipathy and political events etch the poem permanently in the mind of the reader. Homeric Greek, in the Odyssey, is a rhapsode style that was probably meant to be sung. The ballad revolves around Odysseus, who takes ten long years after the Trojan War to reach Ithaca. His absence is misunderstood for his death. Penelope, his wife and his son Telemachus deal with suitors, who line up for Penelope’s hand. The unruly Proci make their lives miserable.

The Odyssey: A Short Summary

Odyssey battles internal and external conflict to take part in the Trojan War. It is at a time when his son Telemachus, is only a month old. Ten years after the war, Odysseus retraces his steps back home. By that time, Telemachus is twenty and living with his mother Penelope in Ithaca. His mother has to deal with 108 suitors, who are boisterous and adamant that she should agree to marriage.

Athena, Odysseus’s guardian, decides with the King of Gods according to Greek mythology, Zeus, to take the form of Mentes, a Taphian chief and speak to Telemachus. She urges the boy to look for his father. Telemachus and Athena witness Phemius the bard entertaining the rowdy suitors with “Return from Troy”. Even as Penelope objects, urged by Athena, Telemachus orders Phemius to read on.

Athena finds Telemachus a ship and crew and helps him to depart for the mainland. Welcomed by the Nestor family, Telemachus then embarks on a land journey alongside Sparta, Nestor’s son. He chances upon Helen and Menelaus bear witness of a meeting with sea-god Proteus. They inform Telemachus that his father has been captured by Calypso, a nymph.

Odysseus, meanwhile, spends seven years in captivity. He is released only to incur the wrath of Poseidon, the sea-god who was not present on Mount Olympus when Athena and Zeus interacted. Escaping the wreckage, Odysseus swims ashore exhausted and falls asleep. He then seeks the hospitality of Arete and Alcinous. Odysseus struggles through a situation where his identity is always in doubt.

A raid on his twelve ships by storms, lotus eaters and blinded with a wooden stake, leaves the hero a broken man. A boon from Aeolus, the wind god helped Odysseus harness all the winds. However, with destiny playing truant, Odysseus does not retain the only ‘safe’ wind that could blow him homeward. His escapades with the pantheon of Greek gods and goddesses, a treacherous sailor, Laestrygones the cannibal, Circe, the witch goddess and the spirit of Tiresias, leave Odysseus spent and longing for home.

Odysseus’ lucky meeting with the Phaeacians, buys him a home-bound journey. Disguised as a beggar, Odysseus learns about his family. He meets Penelope with the intention of testing her love for him. Penelope proposes that a contest be held to find the suitor whom she will marry. She declares that the person who can string Odysseus’ great bow and shoot an arrow through a dozen axeheads will win the contest. As it is his bow, Odysseus can only pull off the feat and then he proceeds to kill all the other contesting suitors in the process reveals his true identity. As a result of the killing of the suitors by Odysseus a feud erupts between the kin of the slain suitors and Odysseus. This potential battle is averted when Athena intervenes and on the command of Zeus, persuades the warring parties to end the vendetta between the two sides. At last peace is restored to Ithaca.

Odyssey the word itself has come to refer to an epic voyage. One of the major themes is wandering or loneliness, a desire for homecoming which becomes the basis of Odysseus’ journey over several years. Another theme that emerges is that of temptation and weakness which lies inside each person and makes that individual vulnerable. A frequent and dominant motif in the Odyssey is disguise, be it in the Trojan horse, or as a beggar when Odysseus returns home.