High school and college students are required to submit written assignments on a chosen topic almost everyday; however, it is not always easy to put one's thoughts on paper. Penlighten provides 5 easy steps on how to write a position paper.

High school and college students are required to submit written assignments on a chosen topic almost everyday; however, it is not always easy to put one’s thoughts on paper. Penlighten provides 5 easy steps on how to write a position paper. 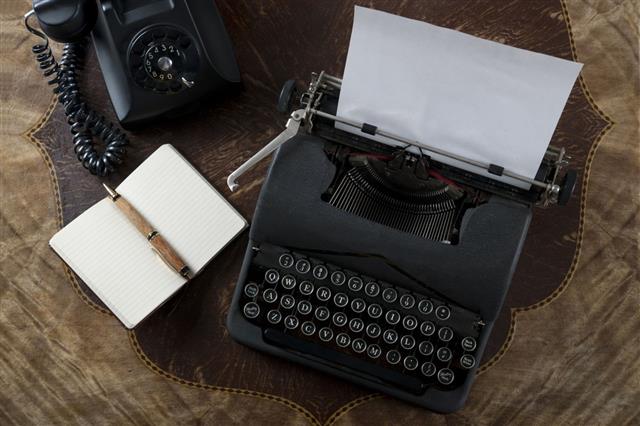 Choose a topic which interests you and the position on which you can present an argument. Topics for such papers are usually controversial.

Written assignments on topics with a wide range of arguments are a part and parcel of your college career. Understanding how to create an academic argument is one successful key to this daily task. Such papers test your ability to take a position or stand for the chosen topic and defend it.

Let us do some groundwork before writing a position paper!

There might be times when your professors may give you varied topics for your position paper, that will require you to choose one in which you need to take a for or an against stand. Ask yourself the following questions:

Answering these questions will help you to write your side of the argument, and show them the validity of your stand. It maybe not always convince your audience though. Avoid the argument that is simply a matter of opinion like “roses are beautiful flowers.” Take up a topic, where a logical argument supports a view like “cell phones should be banned from classrooms.”

Before you put pen to paper, your first consideration should always be the audience. For example, if your audience is a group of teachers, chances are they have a sound knowledge of the topic. However, an in-depth research of the topic will make you a subject-matter expert. Presenting your argument in the most effective way possible with supporting reasons will be an art that you will need to cultivate. Never miss the opportunity to address and influence an extensive audience consisting of your teachers, classmates, peers, blog readers, etc., who do not have cognizance of the subject.

Strong and valid content will be a vital factor of your topic. A thorough research on the subject is imperative, and your selection of the side of the argument will give direction to it. Reliable sources― books, journals, newspapers, etc., are means to collect correct information, which proves that you are not advocating false points.

Time to write your position paper!

Structure/Format of a Position Paper

★ Steps to Write a Position Paper

❶ Thesis Statement
➤ A thesis statement is a sentence that informs the readers about your stand or position, and how you are going to defend it. In simple words, it is a forecast of your paper.
➤ It consists of an argument and the supporting reasons that will help you defend your position.
➤ For example, “Cell phones should be banned from classrooms because they cause distraction, disturb the class, and can be used for cheating during the examination.”
In the above example, the first half of the sentence, “Cell phones should be banned in classrooms,” is the position taken for an argument about allowing cell phones in the classrooms followed by the explanation of why they should not be allowed. The second half of the sentence is the reason― causing distraction, disturbing the class, and used to cheat. The conjunction “because” is used to connect the supporting points to the argument.
➤ To keep the uniformity in the paper, elaborate the points in the body of the paper. Therefore, make sure your thesis consists of all the points that you want to discuss in the body paragraphs.
➤The placement of thesis is our next step.

❷ Introduction
➤ A good position paper will have an interesting introduction informing the audience on:

➤ If your introduction answers these questions, the audience will easily comprehend your essay. To grab your audience’s attention, you can add a striking fact, quote, news, anecdote, etc. Such an introduction will ensure undivided attention from your audience.
➤ Place the thesis at the end of the introductory paragraph, which is its logical place. It will work as a preview of your paper.

❸ Body Paragraphs
➤ Elaborating the argument and the supporting points, the body of the paper comprises a complete and detailed explanation of the supporting points that have been stated in the thesis. It is advisable to stick to those points only. An introduction of a new point in the body paragraph might take the readers by surprise.
➤ Every body paragraph should be an in-depth elaboration of each point. For example, for the above mentioned thesis:

❹ Content Development
➤ Stating the main point isn’t enough for readers to understand it. You will need to cultivate and develop the art of presenting your points with certain logical and credible evidences, which is one way of convincing the audience. For example:

❺ Conclusion
➤ The last step―a splendid finish to the position paper.
➤ Conclusion is a short summary that pulls together the entire argument, focusing on the main points and creating a lasting impression on the minds of the audience.
➤ Restating your thesis and emphasizing on the crucial points can be a great way to conclude the topic. On the other hand, you can pose questions to the audience, which will make them think. You can evoke the audience’s interest by asking them to do a further research themselves.
➤ The concluding paragraph will mark the end of your paper giving a sense of completeness to it. Therefore, do not discuss any new point after the conclusion.

Years ago, education was taken very seriously. However, that is not the case today. According to the University of Haifa in Israel, 95% of the students use their cell phones in the class. Cell phones have become a disruptive device. Cell phones should be banned from classrooms because they cause distraction, disturb the class, and can be used for cheating during the examination.

Cell phones distract the students from their studies as their minds are stayed on it. Calls and text messages will lead to lower GPAs or failure, and a possible suspension from school or college.

Constant ringing of the cell phone or the beeping sound of text messages can disrupt the attention of the entire class.

Cell phones can be used in the malpractice of cheating during examinations, earning grades and scores unfairly.

Education is the most important aspect in a student’s life. Success follows a focused mind. Though cell phones may have some use in educational settings, the advantages are outweighed by the disadvantages. I vote for cell phones to be banned from classrooms as they are a bane rather than a boon, especially during class hours.

We hope Buzzle’s quick-five-step process of writing a position paper will enhance your writing skills winning many accolades for you. All the Best!