Snow White has always been a children's favorite. This article provides the names of the seven dwarfs and their personalities. 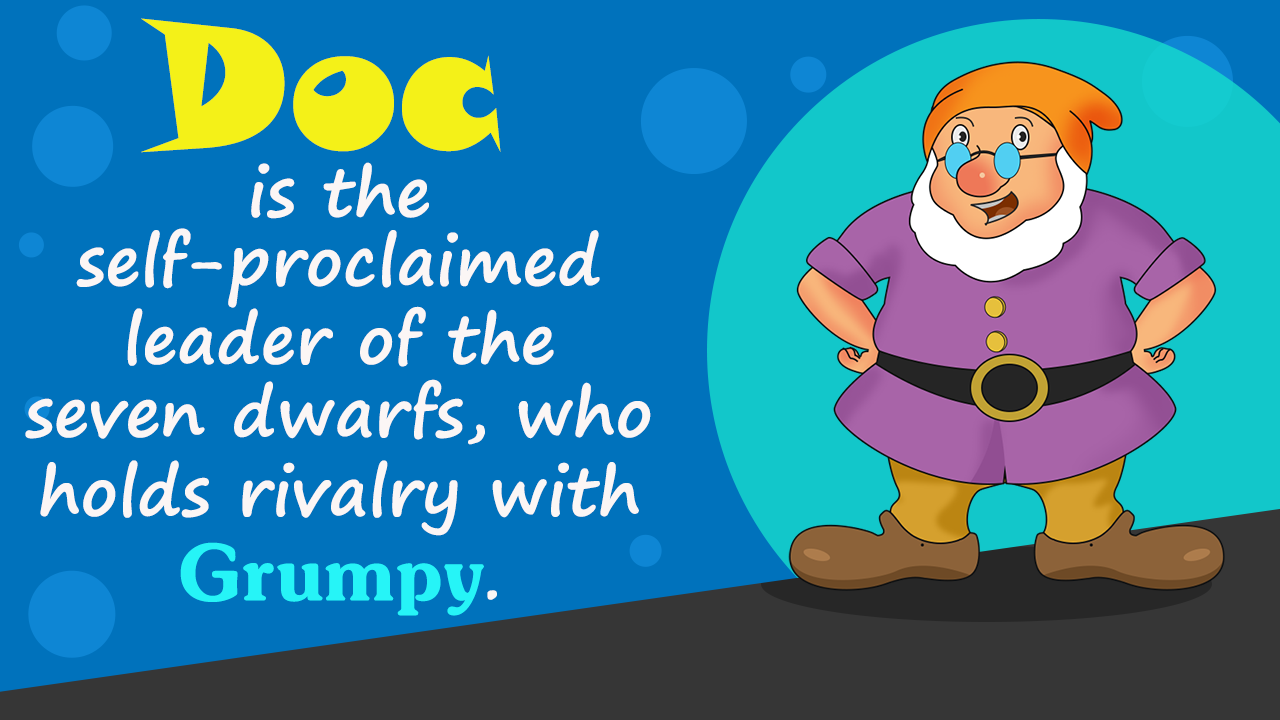 Snow White has always been a children’s favorite. This article provides the names of the seven dwarfs and their personalities. 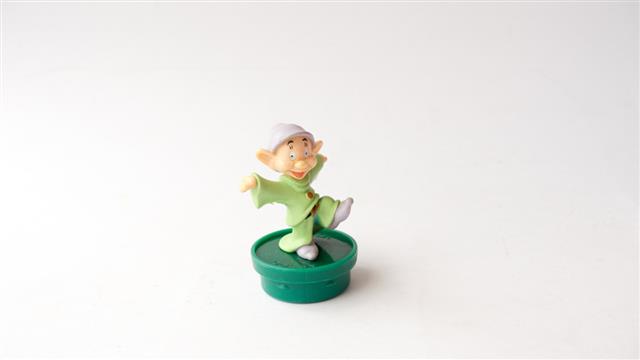 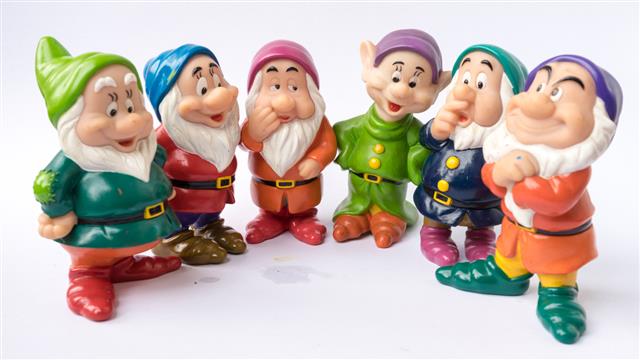 Snow White and Seven Dwarfs is a fairy tale written by the Brothers Grimm. Although, it was published way back in 1812, it is one of the tales which children love to hear and read repeatedly. Any kid or come to that matter any adult who has read this story is in no position to answer, “What are names of all the seven dwarfs?” It is so, because Brothers Grimm’s story does not have name for any of the dwarfs. Let us see, where and when these dwarfs got their names.

It was in 1936 – 37, when the cartoon maker Walt Disney was making an animation film based on the story written by the Brothers Grimm, that it was felt, that naming the dwarfs in the story will have more impact. The Disney team then worked on the names and personalities. The following list presents the names in order:

Dopey can easily be recognized as he is completely bald and beardless. He is the youngest of the seven dwarfs and sometimes behaves childlike. He is the sweetest of the dwarfs and before leaving for the work in the mine he, the youngest dwarf, insists on stealing second and the third kiss from Snow White. Dopey hasn’t spoken a word yet, and Happy, comments that, Dopey never really tried to do so. In the animation movie, Disney attired Dopey in a lime green tunic, that is too large for his small body, and a purple cap.

“Angel, huh? She’s female, an’ all females is poison! They’re full o’ wicked wiles.” These are the words uttered by the Grumpy, when the dwarfs find Snow White asleep across their beds. He is a know it all person and tends to say, “No!” to anything new. This dwarf in red tunic, white hair, and beard is tough, and never gives up. His resistant and stubborn nature helps the dwarfs to come to the rescue of the princess, and get her out of the clutches of the wicked Queen.

Doc is the bossy rival of Grumpy, and the natural leader of the seven dwarfs. If there is any course of action that needs to be deciding upon for the dwarfs to follow, it is usually Doc’s responsibility. He is a person whose mind works faster than he can air his thoughts. When the Doc, who sports long white hair and beard, gets excited, his speech becomes slightly tangled up, and the words seem to tumble over each other while getting out. This sound-headed dwarf goes out of his way to convince the others to let the princess stay with them. The Disney attired him, in an orange-brown tunic, and glasses making it difficult to miss him.

“She’s beautiful, like an angel.” Says Bashful, the dwarf, when rest of the dwarfs are suspicious on finding Snow White in their abode. He is shy and isn’t above blushing, batting his eyelids, and knotting his beard in presence of the princess. He is depicted as a sentimental person who can look at his washed teacup and say, “The sugar is gone.” His appearance is similar to Sneezy and Sleepy, and only his purple tunic and magenta cap differentiates him.

Sleepy is the aptly named dwarf. Although, he is as hardworking as the rest of the dwarfs in the diamond mine, he never falters to maintain his relaxed working style. More than occasionally, he needs his 40 winks, and any place is agreeable to him for doing so. Even though he is sleepy and yawning all the time, he has his wits with him all the time. Sleepy, the yellow-brown tunic wearing dwarf, is the one who makes sense out of what the forest animals are clamoring about and exclaims, “Maybe the old Queen’s got Snow White.”

There is no need to have any misunderstanding about Sneezy, because, although he has a finger ready under his nose to stifle a sneeze, he does not indulge in doing so all the time. He just cannot control it, and it afflicts him, and the rest just at the worst of the times. The rest of the dwarfs, whenever they can, help this yellow-brown tunic wearing dwarf, in controlling sneezing by tying his nose in a knot.

This dwarf is the one who is happy all the time. Happy does not need to search for happiness outside, it is part of his constitution to be happy about everything that comes his way. He is cheerful, even when the dwarfs find Snow White sleeping in their house, and mistake her for The Cleaning Monster, who is guilty of cleaning their place. The only time he loses his composure, is when the princess bites into the Witch’s apple, and falls into a sleeping death.

The names are not too difficult to remember. Two of them start with ‘S’ (Sleepy and Sneezy), another two with ‘D’ (Dopey and Doc), and the rest three are named after emotions (Happy, Grumpy, and Bashful). 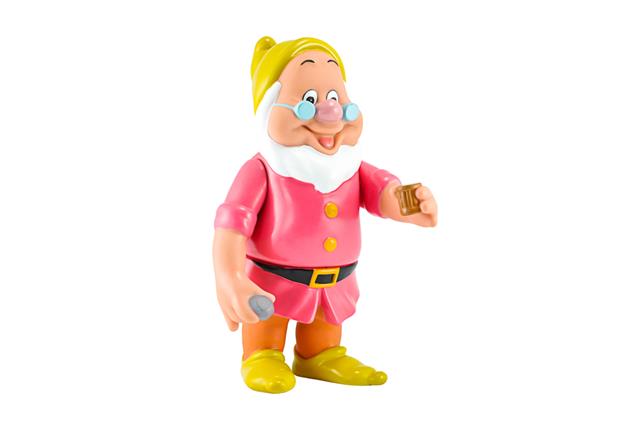