Whom Vs. Who – Grammar Rule

Amongst all the grammar rules in the English language, the subject of whom vs. who really gets everyone's goat. In this case, the following article shall help you get rid of the confusion.

Home / Uncategorized / Whom Vs. Who – Grammar Rule 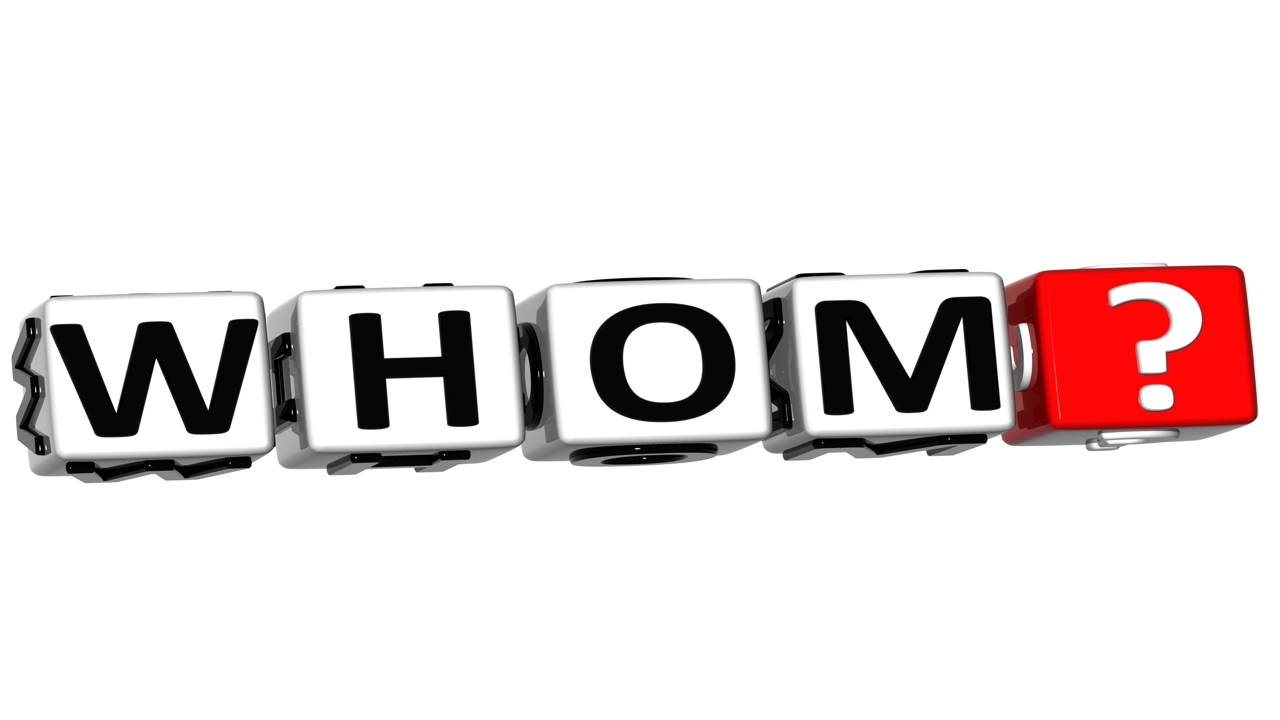 Amongst all the grammar rules in the English language, the subject of whom vs. who really gets everyone’s goat. In this case, the following article shall help you get rid of the confusion.

‘Given a sentence what word would you use? Whom or who?’ is a common grammar question which gets people tongue-tied. Don’t you just hate those ‘whom vs. who’, ‘I vs. me’, and ‘he vs. him’ rule-based questions? With a little reading and practice, you can master all these. It is not even as hard as you think. In fact, after reading this article, you too will become well-versed with the whom vs. who grammar rule.

Which one to use where?

Before we proceed to the rule, understand the basics that govern when to use either ‘who’ or ‘whom’. Remember ‘subject’ and ‘object’?

The Subject and the Object

It may seem like simply digging out more and more English grammar demons, but the subject and the object are two of the most important cornerstones of the language. What is the subject of a sentence? It is the thing or person that is doing something. Hence, the subject in a sentence is the doer. The object, on the other hand, is something on which an action is performed. So, the subject performs an action on the object. The following example would come in handy:

The dog bit the man.

In this sentence, it is clear that the dog is doing something to the man. Had the dog not done its action (biting), the man would have remained just fine. But due to the action performed by the dog, the man gets bitten. Hence, as per the rule given above, the doer of the action (the dog) is the subject of the sentence, while the one on the receiving end (the man) is the object.

The dog bit the man.

Back to the who vs. whom grammar rule, we can see that if you’re asking a question, to which the answer will be the object of the sentence, then the question should start with ‘whom’.

Whom did the dog bite?
The man.

The rule also says that if you ask a question, the answer to which is the subject of the sentence, then the question should start with ‘who’.

Who bit the man?
The dog.

Of course, grammar rules cannot be internalized in one reading, and need a lot of practice. Hence here are some practice questions.

Imagine the answer here. Let’s assume that ‘John’ let the dogs out. John is the subject of the sentence. Hence, the questioning pronoun to be used is ‘who’.

Imagine the answer here. Suppose John let the dogs out. Then the dogs become the object of the sentence. Hence, the questioning pronoun is ‘whom’.

Here are some more questions. Click on ‘Show Answer’ to get the right answer.


» _____ signed the Declaration of Independence?

Grammar rules need practice so that they are properly assimilated in your brain. With a lot of practice and reading (because you end up being hammered with the correct sentences and usages anyway), you will be able to get your grammar problems sorted out even faster. Good luck!