A book is a man's best companion. Reading as a habit, if inculcated at an early age, helps improve vocabulary and also fuels the imagination. This Buzzle article enlists 20 best books that are great reads for your 10-year-old boy. 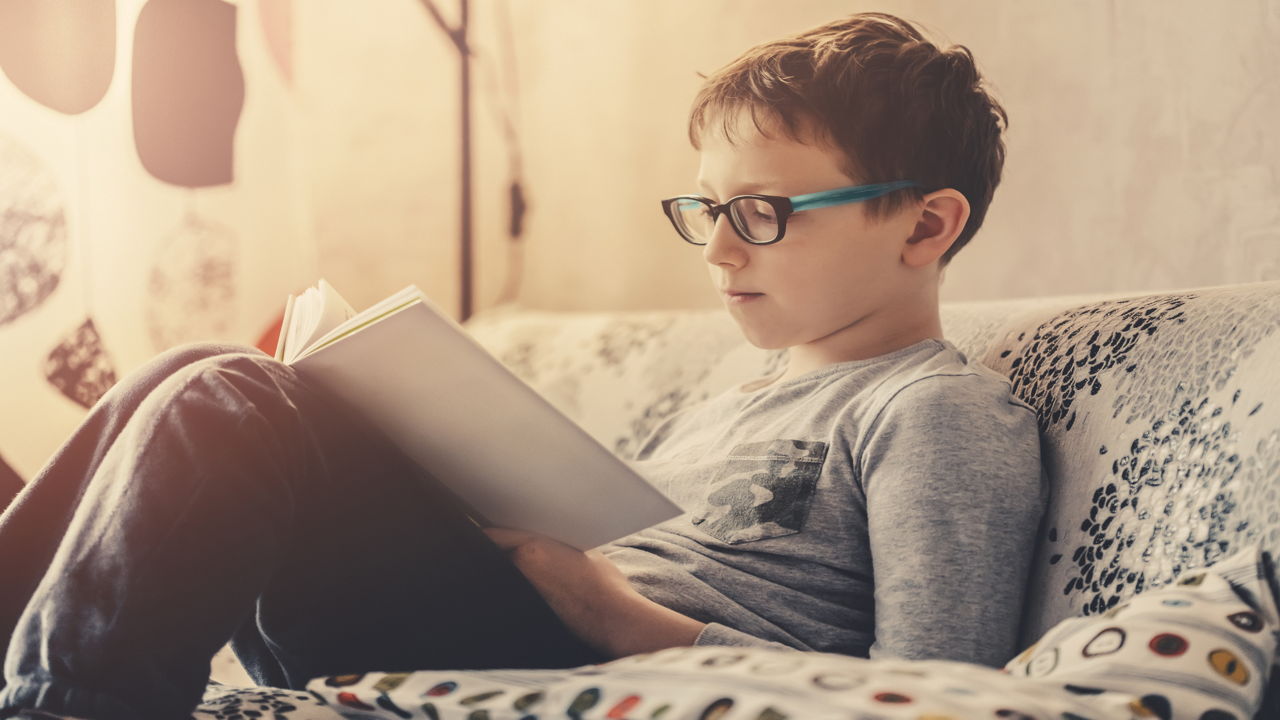 A book is a man's best companion. Reading as a habit, if inculcated at an early age, helps improve vocabulary and also fuels the imagination. This Buzzle article enlists 20 best books that are great reads for your 10-year-old boy.

With the rapid development of technology, reading has, unfortunately, become a rarity for kids of today. But a lot of grownups will agree when I say that we still cherish and reminisce our childhood summers spent reading a classic novel or an entertaining fictional novel that transported us to a magical land.

Nevertheless, the habit of reading not only increases the vocabulary, but also triggers the child’s creativity and imagination. He/She can take a cue from the writing styles, genres of different authors, and develop his own style of writing. Especially, if your child is a budding writer, he should be encouraged to read on a wide range of subjects, not limiting to a particular genre. Needless to mention, this can be a much better mode of entertainment, than watching television and playing computer games.

Of course, each kid is unique and he will have his preference, the following is a list of books that we recommend for 10-year-old boys. While it is assumed that boys love action and adventure themed books, even books depicting intricate and deep emotions of childhood can appeal to your little boy. It is not necessary to generalize; therefore pick something that will suit his choice.

1: The Lion, the Witch and the Wardrobe by C.S. Lewis

This classic fantasy novel tells the story of four siblings: Peter, Susan, Edmund, and Lucy, and their adventures in the magical land of Narnia, which is ruled by the ‘White Witch’. This novel has also been adapted to the silver screen through the ‘Chronicles of Narnia’ series.

Another classic fantasy novel for a 10-year-old, Hobbit tells the story of a Bilbo Baggins, a hobbit, who lives in a comfortable hole. However, he is induced by a wizard named Gandalf to go on a quest of an adventure. The book narrates Bilbo’s adventures and experiences.

This book encompasses the early life of author Roald Dahl. He shares some insights on his boyhood, his growing up years in England, a blend of both sad and good times. This book gives us glimpse of the early memories of Dahl’s childhood. After all, even grownups had an awesome childhood once!

4: Diary of a Wimpy Kid by Jeff Kinney

This is a series of satirical fiction of a character named Greg Heffley, a middle schooler. It is a book with illustrations, and if your little boy does not particularly love reading books, this is one book he is sure to love. The book won the ‘Blue Peter Book Award’ in 2002.

5: ‘The Tapper Twins Go To War’ by Geoff Rodkey

This book tells the story of two twins who cannot stop getting on each other’s nerves. Meet Claudia and Reese, twelve-year-old fraternal twins who are at war with each other. The book comes with interesting illustrations and photographs. I’m sure, if your kid has a sibling, he’ll certainly relate to this book.

6: The Underwear Dare: Nerd vs. Bully! by The Nardini Sisters, Gina Christoffel (Illustrator)

Okay, the name itself reveals all. This is about two kids: Eddie, a bully, and his poor victim Josh. Unfortunately for Josh, his father marries Eddie’s mother. Hence, he is left with no other option than to live with his bully. When Josh’s father tells him that the attic will soon be converted into a room, they both set dares for each other to win the room.

7: The Saturday Boy by David Fleming

A book depicting an intricate story about a boy who longs to see his father coming back home from the war, and how he feels his father’s presence through the letters sent by his father.

This is the story of boy named Oscar who lives in the city of Asteri, a city which is protected by magical walls. However, Oscar has to leave the comforts of his house, to make an attempt to ward off the evil monster who has been creating havoc in the magical city.

9: The Adventures of Tintin by Hergé

This is a comic series that explores the adventures of Tintin, a reporter and adventurer, who with his intelligence can combat any situation. He is usually accompanied by his dog Snowy. Other characters include Captain Haddock, who is addicted to alcohol, and Thomson and Thompson, the twin detectives who are a major source of humor in the series.

The narrator of the story, crashes his plane in the middle of the Sahara desert. Here, he meets a little blond boy, who actually belongs to an asteroid. The book explores how he visits different planets, and narrates his experiences. Interestingly, every planet actually depicts and symbolizes a human characteristic/trait.

11: Ghost Cadet by Elaine M. Alphin
12: The Day My Butt Went Psycho by Andy Griffiths
13: The Adventures of Captain Underpants by Dav Pilkey
14: Wonder by R.J. Palacio
15: The Book of the King by Jerry B. Jenkins, Chris Fabry
16: The Jungle Book by Rudyard Kipling
17: Harry Potter and the Sorcerer’s Stone by J.K. Rowling
18: The Boy in the Striped Pajamas by John Boyne
19: Graveyard Scavenger Hunt by Brian Barnett
20: Danny the Champion of the World by Roald Dahl, Quentin Blake (Illustrator)

If your child is fussy about reading, choose a book that contains more illustrations. If you have any other suggestions of good books to read for 10-year-old boys, do mention them in the comments section below.