'Burning the Midnight Oil' is an old phrase that implies staying up all night working hard over something. This Penlighten article talks about its origin and history, along with some examples.

‘Burning the Midnight Oil’ is an old phrase that implies staying up all night working hard over something. This Penlighten article talks about its origin and history, along with some examples. 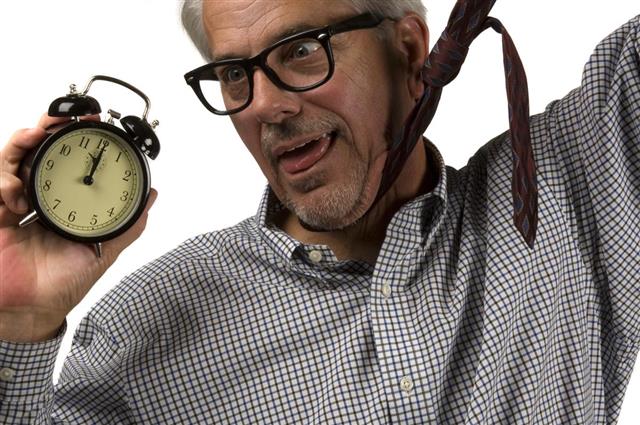 (Do Not) Burn the Midnight Oil

According to experts, working late at night can be harmful for health. A good sleep is extremely essential to maintain a healthy body. Also, too much use of caffeine to stay awake is not good for the body.

Imagine a situation in which you have a deadline to meet, and prepare for an important meeting with some clients the next day. It’s 11 pm, and you, along with your colleagues are racking your brains out to complete the task at hand. You all sit through the night, sacrificing your sleep and personal life.

Does this situation seem common to you? Sadly, this has become quite a common phenomenon these days. In modern-day offices, the pressure of work and deadlines compel a lot of people to work late until the wee hours of morning. So when someone says that they’ve been ‘burning the midnight oil’ to complete a task in hand, it implies that they have been working hard all night. Of course, in olden times, when there was no electricity, oil lamps were used at night, hence the phrase.

Though this is a very old phrase, since oil lamps have become almost redundant today, it is still commonly used. It simply means working hard doing something late at night. Of course, these days, oil lamps have been replaced by electric lamps and lights, but that’s not the point.

Meaning of the Phrase

It means staying awake doing something, or working hard all night long. In modern times, electric lights have replaced oil lamps. However, this phrase still continues to be popular. While some advocate burning the midnight oil as to working hard, it can also be construed negatively, for not completing the task on hand in time, and working at the last hour to complete it. Also, it implies sleep deprivation, which is considered unhealthy.

Origin of the Phrase

It was first written in the book ‘Emblemes’, by author Frances Quarles in 1635.

Wee tyre the night in thought; the day in toyle.”

“I am burning the midnight oil for my exams. I want to give my best.”

“Looks like we need to burn the midnight oil to complete this task at hand.”

“We have been burning the midnight oil for this project. Yet, we were not successful in implementing it.”

“She earned a very good grade in the tests.”
“She deserved it. I know she has been really burning the midnight oil for this test.”

Synonyms for “Burn the Midnight Oil”

► Work and toil hard
► Slog hard
► Do the hard yards

Examples in Art and Literature

► An Australian rock band named ‘Midnight Oil’ garnered much fame and attention. Their first song was ‘Beds are Burning’.

Burning the Midnight Oil: Illuminating Words for the Long Night’s Journey Into Day

This book is a classic collection of poems and prose that will serve as a companion for all the night loners, to welcome the beautiful rays of sunrise. Well, darkness and night is an inspiration for many artists, and that is the time when silence speaks the most.

“According to a study from the Walter Reed Army Institute of Research, sleep deprivation reduces our emotional intelligence, self-regard, assertiveness, sense of independence, empathy toward others, the quality of our interpersonal relationships, positive thinking, and impulse control. In fact, the only thing the study found that gets better with sleep deprivation is “magical thinking” and reliance on superstition. So if you’re interested in fortune-telling, go ahead and burn the midnight oil.”
― Arianna Huffington, Thrive: The Third Metric to Redefining Success and Creating a Life of Well-Being, Wisdom, and Wonder

“Long hours, hard labor, or burning the midnight oil will not produce a Milton, a Shakespeare, or a Beethoven. People accomplish great things through quiet moments, imagining that the invisible things from the foundation of time are clearly visible. You can imagine.”
― Joseph Murphy, Believe In Yourself

“Sweet moonlight, shining full and clear,
Why do you light my torture here?
How often have you seen me toil,
Burning last drops of midnight oil.
On books and papers as I read,
My friend, your mournful light you shed.
If only I could flee this den
And walk the mountain-tops again,
Through moonlit meadows make my way,
In mountain caves with spirits play –
Released from learning’s musty cell,
Your healing dew would make me well!”
― Johann Wolfgang von Goethe, Faust